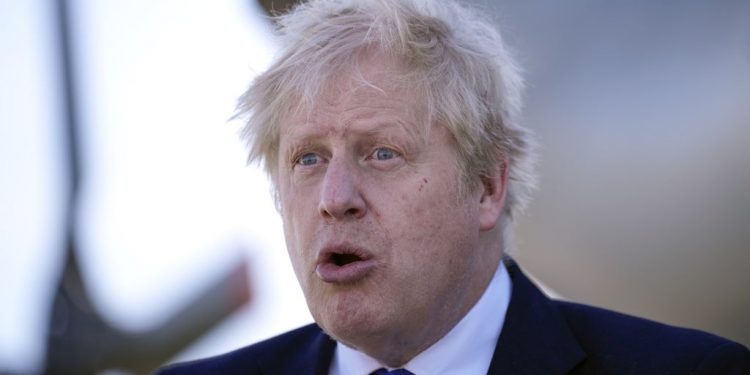 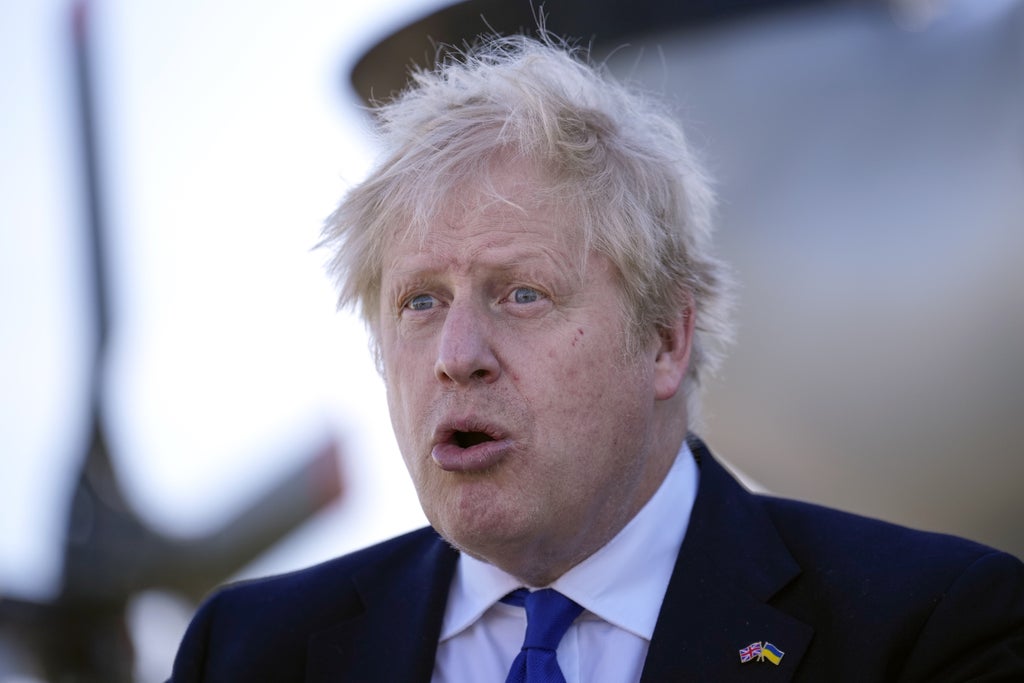 Boris Johnson’s multi-million pound deal to send asylum seekers to Rwanda while their claims are processed has been condemned as “immoral”, “impractical”, and will involve “astronomic” costs.

The remarks from Andrew Mitchell — a Tory MP and former cabinet minister— came after the prime minister unveiled the plan, which could see thousands of people flown over 4,000 miles to the African country.

Speaking on BBC Radio 4’s Today programme, Mr Mitchell said he recognised that ministers were attempting to tackle “what is a terrible problem” after 28,000 people came to the UK “illicitly” in 2021.

“The government is quite rightly trying to break the smugglers’ sordid and deathly model, and so I am absolutely behind them in doing that,” he said.

The first 4×4 bought as part of a fundraising effort for Ukraine backed by Jeremy Clarkson has been delivered ahead of its journey to the war-torn country next week.

Viktor Zaichenko, 48, originally from Ukraine, and his wife Lucy, 55, are the beekeepers at Jeremy Clarkson’s Diddly Squat farm in Oxfordshire.

The pair are raising money to send 4x4s to Ukraine, with the help of Clarkson and his partner Lisa Hogan.

They plan to send the off-road vehicles to help areas of Ukraine cut off from aid.

Speaking to the PA news agency, Mrs Zaichenko said: “We just want to get trucks out there which help people.

Sturgeon questions Ross’s ability to ‘stand up’ to government

First minister Nicola Sturgeon has questioned Scottish Tory leader Douglas Ross’ willingness to stand up to the prime minister after his support for sending some asylum seekers to Rwanda.

Home secretary Priti Patel signed a deal with the African country on Thursday, claiming the asylum system is “collapsing under a combination of real humanitarian crises and evil people smugglers”.

Speaking to the PA news agency on Friday, Mr Ross said the policy would help to deter people traffickers.

But Nicola Sturgeon hit out at the Tory leader’s support, telling journalists: “Douglas Ross earlier this year for what seems like five minutes tried to pretend that he had an independence of thought from Boris Johnson and the UK government, but any illusions about that I think had been completely shattered by him.

“If he can’t even find it within himself to stand up and speak out against a policy as disgusting as this then I’m not sure what he will be able to stand up to Boris Johnson or the UK government on.”

These people have crossed continents and risked everything they own and cherish – including their own lives – to get to Britain, writes Sean O’Grady/

This city will be the first constituency to vote since Partygate scandal, writes Colin Drury.

ICYMI: Boris Johnson’s speech on asylum: what he said – and what he meant

Our chief political commentator John Rentoul reads between the lines of the prime minister’s speech in Kent this morning:

Does anyone else feel like we’re living in an episode of The Thick Of It?

As hilarious as it is to see actors mock our elected officials, it really isn’t so funny when you see these scenarios play out in real life, Emma Clarke writes.

Christianity has long been used as a political weapon in global powerplay, writes Tim Farron MP.

Sending migrants to Rwanda will save money in the long term, minister insists

Sending migrants to Rwanda will save Britain money in the “longer term”, a minister has argued, despite critics describing the costs involved as “eye-watering”.

Mr Pursglove said: “There is this £120 million payment upfront to establish this partnership and, as we move forward, we will continue to make contributions to Rwanda as they process the cases, in a manner that is similar to the amount of money we are spending on this currently here in the United Kingdom.

“But longer term, by getting this under control, it should help us to save money.

“We are spending £5 million per day accommodating individuals who are crossing in hotels.

“That is not sustainable and is not acceptable and we have to get that under control.”

The prime minister wants to see the first migrants handed a ‘one-way ticket’ to Rwanda flown out in roughly six weeks as the government battles to curb Channel crossings.

Boris Johnson is reportedly keen for the first flight carrying those deemed to have arrived in the UK illegally – including those taking to the water to embark on the perilous journey in small boats – to leave late next month, marking the start of plans to move thousands within the next few years.

Amy Gibbons has more below:

The YouGov survey, conducted within hours of the prime minister’s confirmation of the £120m scheme, found that 42 per cent of those questioned oppose it against just 35 per cent who were supportive.

Our politics editor Andrew Woodcock has the story:

Solana, Internet Computer Are Among 5 Worst Performing Cryptos in Past Week