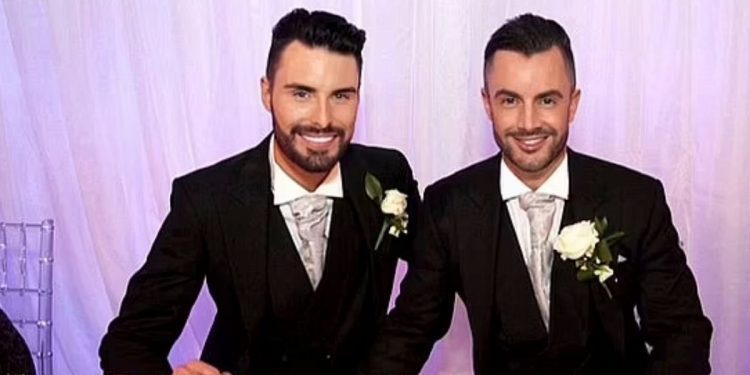 
It Takes Two host Rylan, 33, revealed that after splitting from husband Dan Neal after six years of marriage, his weight plummeted to 9st 13lb and that he ‘didn’t deal with what happened’ Lorraine: Rylan addresses how he’s feeling after his breakup

Rylan Clark has opened up about his struggle following the breakdown of his marriage, revealing that he shed a lot of weight and that felt mentally unwell.

The It Takes Two host, 33, revealed that after splitting from husband Dan Neal after six years of marriage, his weight plummeted to 9st 13lb and that he “didn’t deal with what happened”.

He said that it had been “s***” following the break-up and that he has spent a lot of time with his mum Linda, who he hailed as a “lifesaver”.

Rylan took a break from his work commitments in the summer and has now vowed that he will get healthy, and has since put on four stone through healthy eating and exercise.

Speaking to The Sun, he said: “I got ill and I lost weight, I went down to under ten stone — and I’m six feet four inches, so that’s not good.

He continued to explain that his family had been “majorly worried” about him and he doesn’t ever “disappear for four months”.

“One of my biggest regrets of this year was putting my mum through me not being well,” he said. “I needed to get back to me.”

Rylan was back at work on Strictly in September following the break and resolved that he was going to get healthy and undertook personal training sessions.

“Getting fit and looking after my body has saved me. Fitness has given me a goal,” he said.

Rylan drew up an eating plan with fitness guru Scott Harrison, which included cutting down on alcohol and eating around seven to nine healthy small meals a day and snacks.

Rylan has vowed to get fit and put on more weight

The presenter said that it has greatly helped his mental health and that it has been “the best dirstraction”.

He said: “I’ve decided to look after myself for a change instead of worrying about everybody else.

“Last year I properly lost myself. I wanted to get me back and make a better version.”

Rylan struggled mentally after the split

After initially finding the change in diet difficult, he began to enjoy the exercise, which he likened to therapy, and he is now just over 14 stone.

He added: “It gave me a reason to get up. When Scott was banging on my door at half seven in the morning, you can’t stay in bed.

“I mostly cut alcohol out of my diet — it needed to disappear. I won’t lie, it’s not been the easiest time for me — so there was the odd evening where I would fall off the wagon and have a glass of wine.”