RYLAN fans are in for a treat next week after he revealed his new BBC Radio 2 co-host – and it’s a very special guest.

The 33-year-old said there will be a presenting shake-up on March 26 as his mum Linda joins him to front the show.

The duo have become telly favourites on Channel 4’s Gogglebox – with the nation falling in love with Linda’s hilarious commentary and non-stop banter with her son.

BBC Radio listeners can catch the pair on Saturday, where the former X Factor star usually delivers three hours of music and guests between 3pm and 6pm.

Sharing a promo image of himself and Linda ahead of next week, Rylan wrote: “God help us all.”

Earlier this month Rylan gave fans a rare reminder of his singing voice that took him to the live shows of the X Factor’s ninth series.

The TV presenter took to his Instagram stories to share a video of himself and his mum Linda as they enjoyed a night out together.

He posted on his Instagram stories as he and mum Linda tucked in for a fancy meal together on Saturday night.

The sweet video saw the mother and son duo singing along to Dean Martin’s Sway as they sat at the table drinking wine.

Alongside a series of laughing-face emojis, Rylan captioned the video “for f***s sake” as he joked about Linda’s singing ability. 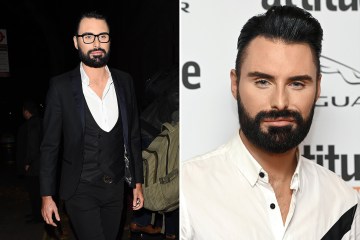 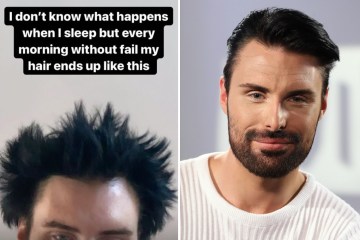 “Shimmy!” he could be heard encouraging his mum in the background, before mocking her through giggles: “Actually, no – don’t shimmy.”

In the background, Rylan could be heard showing off his vocal talent, years after finding fame on The X Factor.

In 2021, the former Celebrity Big Brother winner took an extended break from the spotlight following the end of his marriage to ex-husband Dan Neal.

More recently, he reflected on the break-up in an interview with The Guardian, sharing that he was hospitalised at the height of his personal troubles.

Rylan also recently had a health scare and was rushed to hospital.

When he first took time off due to an illness, he made sure to update fans with what was going on.

“Gone and got the flu – not surprised – and have been in bed for a couple of days,” he wrote at the time.

A week later, he revealed that he was rushed to the hospital and was forced to miss his show again.

The presenter shared a snap from his hospital bed with a cannula in his arm, but didn’t explain the mystery illness any further.

COWDENBEATH FC have slashed the...