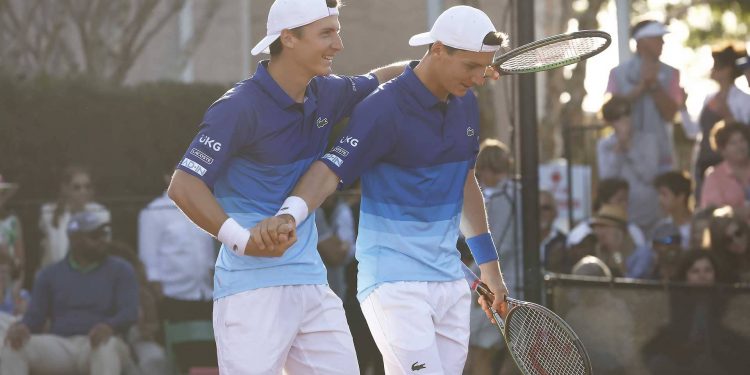 The 29-year-olds defeated the all-American pairing of William Blumberg and Max Schnur, 6-3, 7-5, to make it five sets in a row on the red clay of Texas. After surviving a Match Tie-break in their opening match, the Serbian duo upset third seeds Nick Kyrgios and Jack Sock in Thursday’s quarter-finals.

Strong on serve behind an 83 per cent (33/40) first-serve win rate, the Sabanov brothers were three of four on break chances Friday, including two crucial breaks late in the second set as they stormed back 1-4 down.

In Saturday’s final, the duo will seek to extend its record in tour-level finals to 2-0 following an 2021 triumph in Belgrade last April. The pair await the winner of the second semi-final between top seeds Matthew Ebden and Max Purcell and the Uruguayan/American duo of Pablo Cuevas and Hunter Reese.

Vavassori and Zielinski took out top seeds Andrey Golubev and Fabrice Martin, 6-7(4), 7-6(5), 11-9, with the Italian/Polish duo saving a pair of match points as they served to send the second set to a tie-break on Friday.

Matos and Vega Hernandez saved all three break points rthey faced in a 7-5, 7-6(6) win over Aleksandr Nedovyesov and Aisam Qureshi.