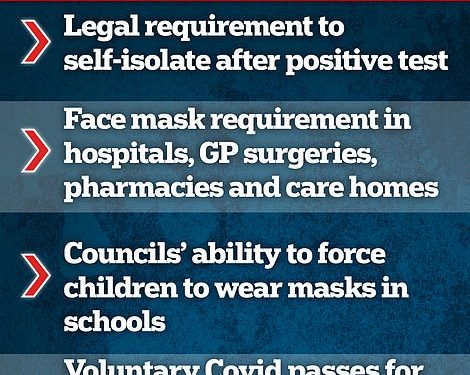 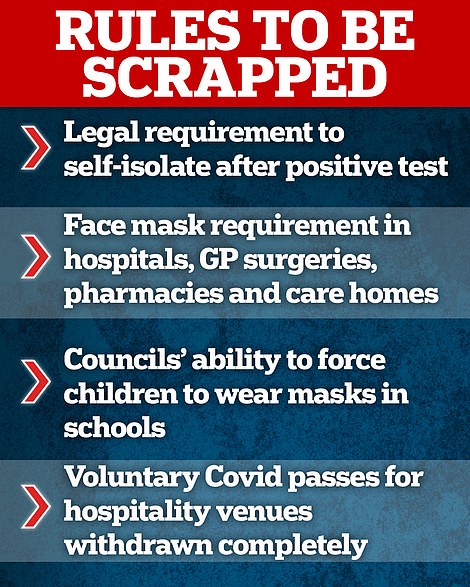 No10’s scientific advisers have condemned Boris Johnson’s plans start living with Covid like it is the flu by lifting all restrictions in a fortnight, warning it could create ‘anxiety’ and disproportionately affect poor people.

A SAGE subcommittee told the Government to consider the ‘unintended consequences’ before taking the unprecedented decision to scrap compulsory self-isolation, masks, mass-testing and other remaining curbs in England.

The experts claim abandoning free lateral flows — which have cost the UK taxpayer billions so far — will lead to Covid becoming ‘hidden’ and mask any future outbreaks. Ditching the policy could create ‘ambiguity’ about the seriousness of the pandemic and make the public less likely to take personal precautions.

They argue that scrapping the compulsory isolation period without improving sick pay may force poorer people to go to work even if they are ill and risk spreading the virus to vulnerable.

The warnings were raised at a meeting of the Spi-B behavioural expert committee that feeds into SAGE on Thursday, a day after the Prime Minister revealed he intends to drop remaining curbs in England within weeks.

The PM’s announcement was widely seen as a ploy to appease hardline anti-lockdown backbenchers and fend off a flurry of no-confidence letters following a spate of allegations about illegal lockdown parties in Downing Street.

A document detailing the concerns was made public tonight — despite minutes from SAGE meetings often taking weeks to be published online.

Spi-B is made up of almost 50 of the UK’s top behavioural scientists, including former Communist Party member Professor Susan Michie, and Professor Stephen Reicher, a social psychologist and vocal critic of Mr Johnson.

They also called for Covid messaging to be taken from central government and given to public health and NHS agencies, in the wake of the ‘partygate’ scandal that has engulfed Westminster over the last few weeks.

‘Cross-national studies have shown that people have higher confidence in health advice from health professionals and scientists compared to politicians,’ they write, adding ‘this is particularly the case when trust in government is low’ 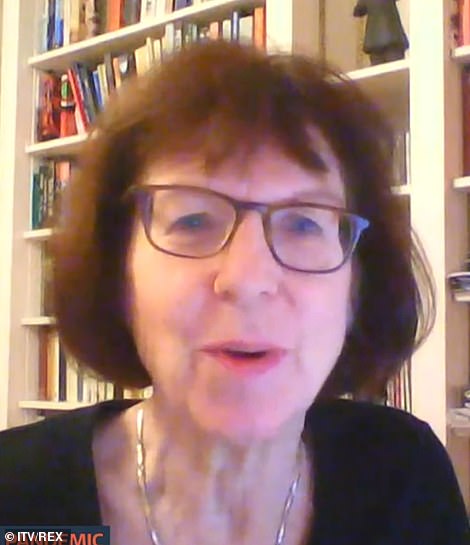 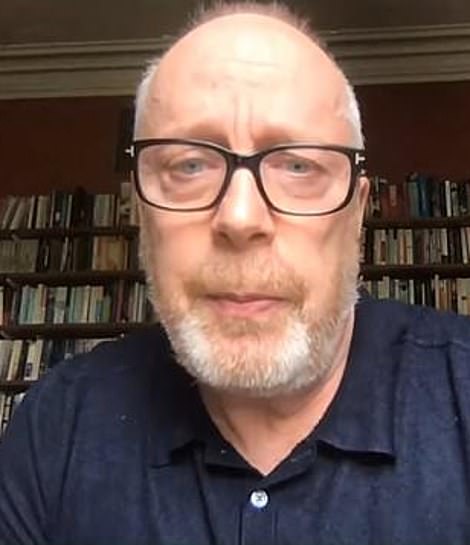 Spi-B is made up of almost 50 of the UK’s top behavioural scientists, including former Communist Party member Professor Susan Michie, and Professor Stephen Reicher, a social psychologist and vocal critic of Mr Johnson

Health chiefs are now officially keeping tabs on a Covid variant that is a hybrid of the Omicron and Delta strains and has been spotted in the UK.

The super-mutant Deltacron is thought to have evolved in a patient who caught both variants at the same time but it is not clear if it was imported or originated in Britain.

UK Health Security Agency officials also don’t know how infectious or severe the newly evolved virus is or whether it will impact vaccine performance.

A source at the UKHSA insisted officials were ‘not concerned’ by the variant because case numbers are ‘low’.

The agency has not revealed how many times it has been spotted.

Professor Paul Hunter, an infectious disease expert at the University of East Anglia, told MailOnline that it ‘shouldn’t pose too much of a threat’ because the UK has huge levels of immunity against the original Delta and Omicron strains.

‘So at the moment I’m not overly worried at the moment. If both Delta and Omicron are falling then, in theory, this [variant] should struggle to take off,’ he said.

Experts warned No10 not to follow Sweden’s lead by ditching free mass testing, urging ministers to ‘consider unintended consequences of any changes to current provision’ of swabs.

Covid could become ‘hidden’ without continued mass testing, they claimed, arguing the best way to keep deaths down is to maintain isolation when symptomatic.

No10 has not confirmed when or if it will get rid of free lateral flow testing despite calls from politicians and experts to ditch the multi-billion pound scheme.

But Whitehall insiders have briefed that the programme could be shelved by July or even earlier.

Spi-B said the move to lift the legal requirement to self-isolate will impact the most vulnerable in society, especially those who feel more pressure to work when unwell for financial reasons.

Sick pay should also be improved to reduce infections by encouraging people to stay at home when symptomatic, they claimed.

And they encourage the Government to up its messaging on encouraging the public to adhere to ‘safe behaviours‘ in the absence of rules.

They said public messaging around the return to normality should also acknowledge ‘loss and trauma associated with the pandemic‘.

In a direct criticism of Government, Spi-B claimed the public trust messaging from doctors and health professionals over ministers, arguing responsibility for communications should be shifted to the NHS.

Spi-B added: ‘However, it is important that Government departments remain consistent in their Covid-related communications to avoid undermining health-led messaging.’

Inconsistent messaging could confuse the public and fuel ‘tensions’ that fuel the anti-vax movement, the psychologists claimed.

They said: ‘Some far-right and anti-vax groups have successfully tapped into these tensions (across traditional political boundaries) and will continue to do so over at least the next two months.’ 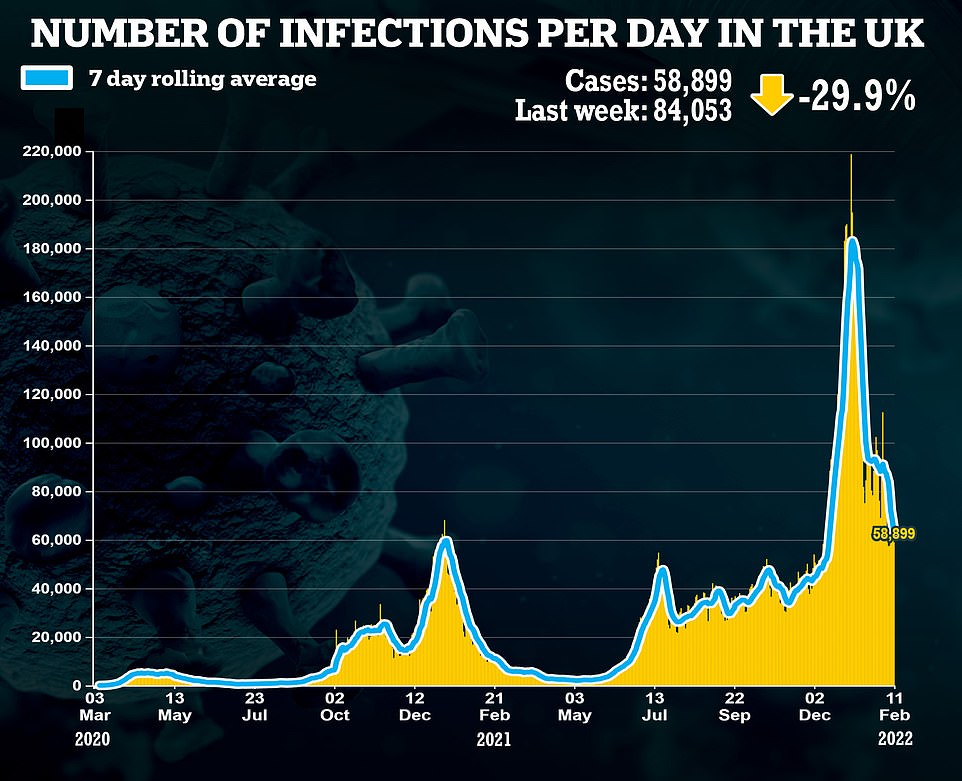 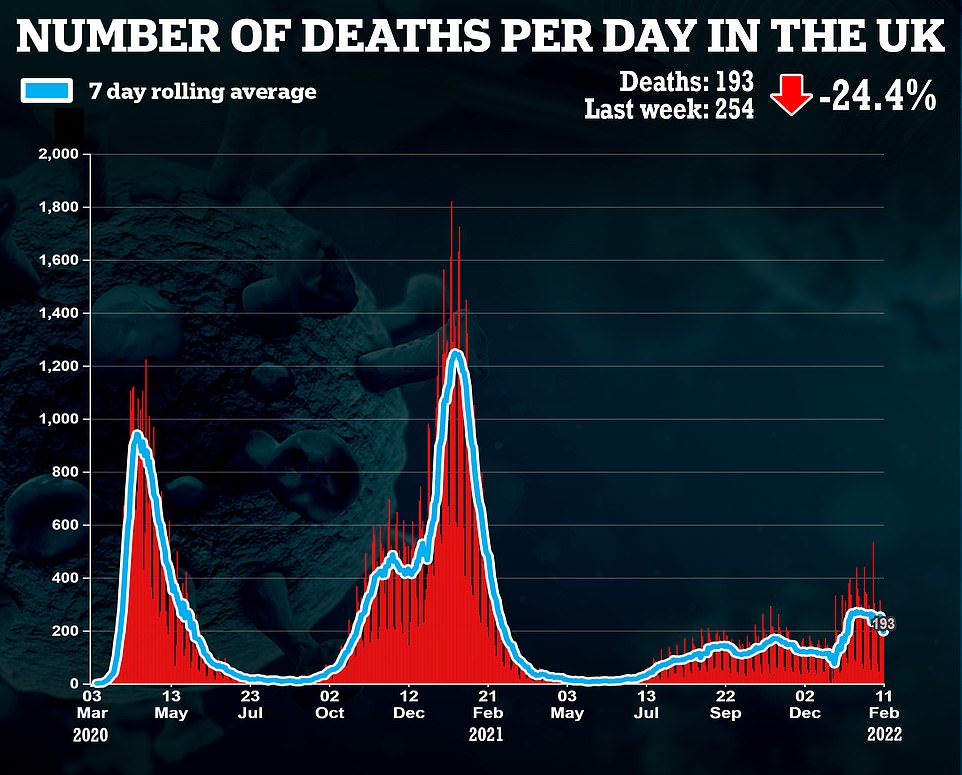 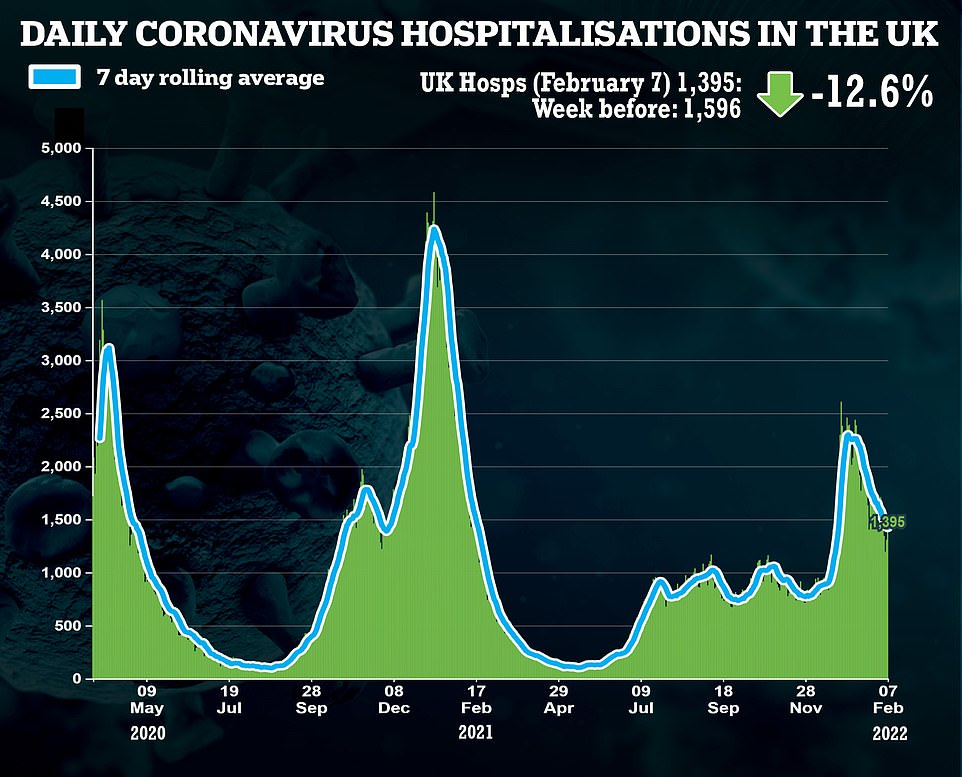 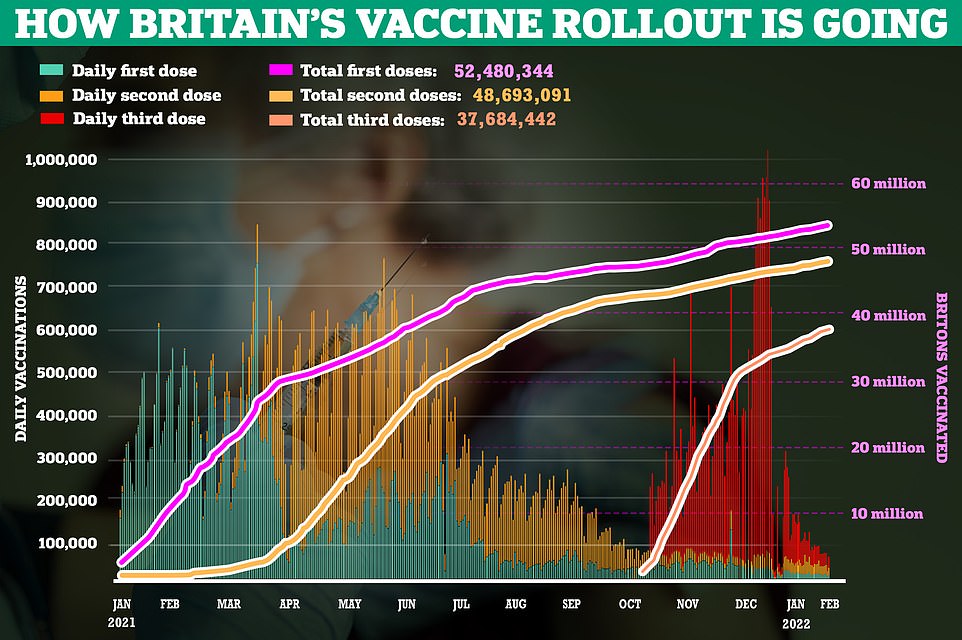