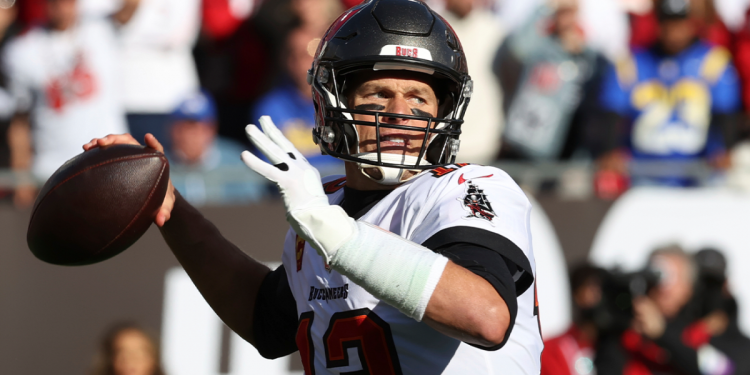 When Tom Brady announced his retirement in February, the remnants of his final moments on the field were soon to be sought after. The football that Brady used to throw his last touchdown pass was auctioned off for $518,000 from unnamed buyer on March 13.

Well, when the seven-time Super Bowl champion decide to come out of retirement less than 24 hours after the sale, the deal was reportedly voided, according to The Action Network’s Darren Rovell.

On Thursday, Jeffrey Lichtman, the unnamed buyer’s lawyer, said he was very unhappy about Brady coming out of retirement and said he wanted Lelands, the auctioneer, to void the sale.

However, per Rovell, the buyer never paid Lelands for the ball and had only won it at the auction. On behalf of Lelands, the company used language to describe the ball as Brady’s “last touchdown pass football” according to the auction’s listing, which was inaccurate when Brady returned to Tampa Bay.

“At the time, it was an honest description,” Lichtman told the Action Network. “Had they described it as his last one, as of now, there would have been little recourse. But the way they described it, it was definitive.”

What was then Brady’s last NFL touchdown pass came on a 55-yard bomb to Tampa Bay wide receiver Mike Evans during the divisional round playoff game vs. the Rams.

When Brady announced his retirement, the 15-time Pro Bowler had come off one of greatest statistical seasons of his career. He had thrown for a career-high 5,316 yards 43 touchdowns and 12 interceptions, leading Tampa Bay to a 13–4 regular season record.

With Brady returning for a 23rd season, he has a chance to continue rewriting the NFL record books. As for the buyer of Brady’s final touchdown in the 2021 season, perhaps another chance will come their way to secure whatever pass comes last for Brady this year—or beyond.