SALLY SORTS IT: Nationwide froze mum out of dream move to Mississippi

I am writing on behalf of my 82-year-old widowed mother, who’s had her Nationwide bank account frozen.

She is in the process of migrating to live with me in the U.S. Her visa has been approved, her house is under offer and her furniture is packed.

At the beginning of February she tried to wire funds from Nationwide’s Lymington branch, in Hampshire, to her U.S. account, but the bank refused to do it and froze her account. 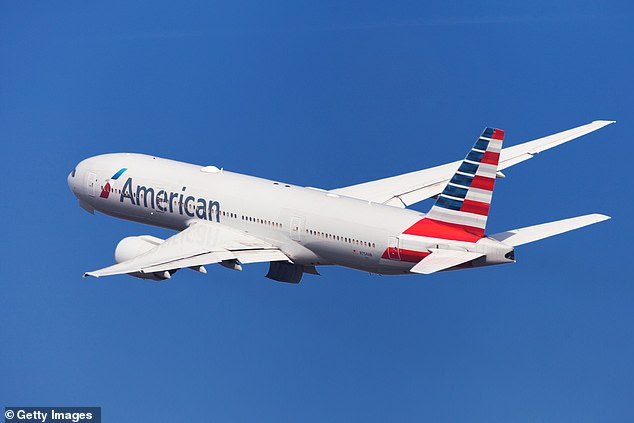 Grounded: Nationwide froze an elderly customer’s bank account just before she was due to jet off to a new home in Mississippi

The first my mother knew of this was when her card was later declined. She is now unable to access her pensions and has had to rely on family and friends.

I wrote to Nationwide explaining the situation and was told this was forwarded to its fraud support team.

We were assured that there would be a response within 15 working days, but this deadline has passed.

We have attempted to phone and email with no response. Please help.

Sally Hamilton replies: It is a serious upheaval for anyone moving lock, stock and barrel from one country to another, but doing it at the age of 82 must be particularly stressful.

Your mother had already faced long delays in sorting her move because of the pandemic, so you both must have been extremely frustrated to discover that her bank account had been blocked at this crucial point.

You did your best to help her, but Nationwide did not give you the answers you needed.

To rub salt in the wound, the sterling-dollar exchange rate worsened after your mother first tried to move her money, so she was looking at a substantial reduction in the value of her savings as the weeks rolled by.

Fraudsters are exploiting the Ukraine crisis to prey on vulnerable victims.

Action Fraud says it has received around 200 fake emails from people purporting to be raising money for those affected by the war.

In one seen by Money Mail, scammers were impersonating a Ukrainian mother who claimed her husband and son had been killed in a blast. They asked for donations to be made in bitcoin, a form of cryptocurrency.

Fraud expert Charlie Shakeshaft says: ‘If you want to donate to help with the crisis, do your own research, choose a reputable charity that you trust and contact it directly.’

I stepped in and asked Nationwide to put things right, pronto.

A couple of days later, it confirmed that the account was unblocked and a senior customer services executive contacted you to explain and apologise.

It seems staff at the branch feared your mother’s initial transfer involved some kind of scam, so they locked the account.

At Nationwide’s request, you provided a copy of your mother’s U.S. bank statement on February 9. Despite a number of calls and emails after this, the restriction still was not removed.

I intervened on March 16 and the next day the account was unblocked. The transfer was finally made on March 18 — six weeks after the first attempt.

I am delighted to say that Nationwide agreed to make up the shortfall, plus pay your mother £300 as an apology.

A Nationwide spokesman says: ‘We take the protection of our members and their money seriously. Our branch had genuine concerns that our member could be the victim of a scam, so we believe the correct decision was made to restrict the account while we reviewed the evidence.

‘Unfortunately, this took longer than expected, at a time when our member was preparing to move nearer her son.’ With this hassle finally over, you can look forward to your mother joining you, her three grandchildren and five great-grandchildren for a new life in Mississippi.

I’ve had a pre-paid Escape Travel Card for several years and used it successfully abroad — that is, until I got my new card in 2020.

I tried to use it in Greece last September, but it was blocked. Since then, I have repeatedly tried to call the company, but all I get is an automated message.

It seems impossible to speak to a human ‘because of Covid’. I have emailed numerous times and sent a letter to the head office, but I have heard nothing.

I wish to cancel the card and get back my £500 that was loaded on to it.

Sally Hamilton replies: On phoning Escape Travel Card’s customer services, I heard the same message you describe, apologising that Covid meant it had to close its call centre ‘temporarily’, but that customers can get in touch by email.

My call was made almost two years after the pandemic was first announced, so this got my hackles up: the Covid excuse is simply no longer acceptable. I tried emailing, as the phone message assured me I’d have to wait only two days for a reply.

A week later, when I had still heard nothing, I hunted down a number for its registered office in Gibraltar. Again, I was directed to an email address.

But I am pleased to say that this email did elicit an acknowledgement of my query within a day.

It also prodded the company to call you directly with a promise to return your £500 straight away.

Your card was blocked because you had used the wrong PIN, but surely customers should be able to sort out such problems swiftly — not struggle for six months to make contact with the provider.

It appears the Escape Travel Card has now reached the end of its journey as, two days after solving your problem, Tuxedo Money Solutions — the company behind the scheme — emailed customers to say its card programme will close on May 24.

Customers must either spend their balance before then or email customerrefunds@tuxedomoney.com for a refund.

I ordered a fold-away stool over the phone from Easylife, but it delivered the wrong one. It has promised to pick it up on five dates, but each time, no one has shown up. I still have not received the correct stool.

Easylife has now delivered the correct stool. It says a shortage of lorry drivers affected its courier firm, which is why it struggled to collect the wrong order.

Our Whirlpool oven broke at the end of November, eight months after we bought it and within its warranty period.

We’ve been told no spare parts are available to fix it and the model is no longer sold in the UK.

Despite numerous calls to Whirlpool, you say it seemed unwilling or unable to resolve this issue.

After my involvement it admitted its error and has now arranged for an upgraded model to be delivered to you.

I was not offered a refund and will struggle to use the credit before it expires.

P&O says there is no expiration date on the credit, so you can use it whenever you like.

I urged it to reimburse you and — despite the deposit being non-refundable — it agreed to this as a gesture of goodwill.

After signing up to Sainsbury’s Energy in September, I was promised 12,000 Nectar points.

Despite many emails and promises from the firm, I have not received them.

Sainsbury’s could not explain the delay, but has contacted you to apologise and the points have been added to your account.

Mother was scammed out of £29,000, but Lloyds showed little empathy | Consumer affairs