Sam Elliott Apologizes For His Homophobic Rant About Power Of The Dog: ‘I Feel Terrible’ 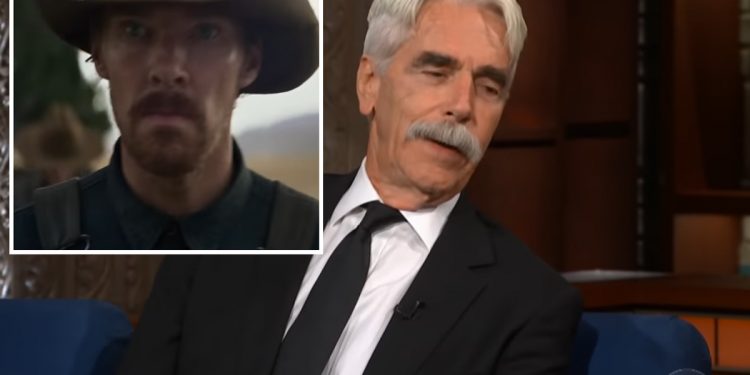 
Weeks after going on a homophobic rant about The Power of the Dog, actor Sam Elliott has apologized for his comments.

In case you missed it, the 77-year-old stopped by the WTF podcast for an interview with Marc Maron, where he criticized the western film by Jane Campion for its portrayal of a gay cowboy, played by Benedict Cumberbatch. Elliott compared the characters to Chippendale dancers who wear bowties “and not much else,” saying:

“They’re all running around in chaps and no shirts. There’s all these allusions to homosexuality throughout the f**king movie.”

Touching on Benedict’s costumes as rancher Phil Burbank, he continued:

“Cumberbatch never got out of his f**king chaps. He had two pairs of chaps: a woolly pair and a leather pair Every f**king time he would walk in from somewhere — he never was on a horse, maybe once — he’d walk into the f–king house, storm up the f**king stairs, go lay in his bed in his chaps, and play his banjo. It’s like, what the f**k?”

Related: Amber Heard Hopes She & Johnny Depp ‘Can Move On’ After Defamation Trial

Unsurprisingly, his comments on the podcast faced a ton of backlash on social media – leading Benedict to later defend the flick. During an interview with BAFTA Film Sessions in March, the Doctor Strange star did not hold back and called out Elliott’s “very odd reaction” to the movie, arguing:

“Beyond that reaction, that sort of denial that anybody could have any other than a heteronormative existence because of what they do for a living or where they’re born, there’s also a massive intolerance within the world at large towards homosexuality still and toward an acceptance of the other and anything kind of difference. No more so than in this prism of conformity of what’s expected of a man in the Western archetype mold of masculinity.”

After being called out, it looks Elliott is walking back on his comments…

Speaking at Deadline’s Contenders TV event on Sunday, The Big Lebowski star expressed his regret for voicing such strong and bigoted remarks, especially when they have “hurt” the LGBTQIA+ community:

“I told the WTF podcaster that I thought Jane Campion was a brilliant director, and I want to apologize to the cast of The Power of the Dog, brilliant actors all. And in particular: Benedict Cumberbatch, I can only say that I’m sorry, and I am. I am.”

“I wasn’t very articulate about it. … And I said some things that hurt people and I feel terrible about that. The gay community has been incredible to me my entire career. And I mean my entire career, from before I got started in this town. Friends on every level and every job description up until today. I’m sorry I hurt any of those friends and someone that I loved. And anyone else by the words that I used.”

What do YOU think about Sam’s apology, Perezcious readers? Let us know in the comments.

[Image via The Late Show with Stephen Colbert/YouTube, Netflix/YouTube]