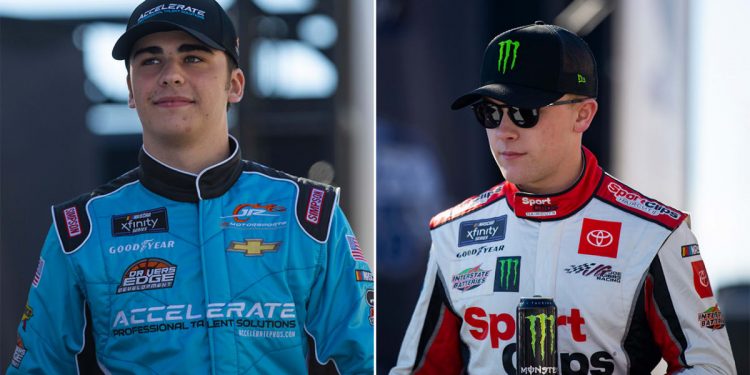 Friday night’s NASCAR Xfinity Series race at Martinsville Speedway was exciting for more reasons than just the race itself.

Mayer later claimed that Gibbs was upset when Mayer forced him into a wall, causing Gibbs to lose significant momentum.

After everything cooled down, Mayer explained his side of what happened on pit road.

“100 grand on the line, (I) put the bumper to him because that’s what short-track race is all about, he got upset,” Mayer said. “He threw a couple punches, they were weak so I can’t say much about that.”

Gibbs kept his helmet on throughout the altercation, and that was something that Mayer acknowledged also.

“He walked up to me, I had my helmet off already and he kept his helmet on so obviously he was scared about something or he had it in his mind to throw a punch the whole time,” Mayer said.

Gibbs said afterward that he was largely just frustrated with the situation before losing his cool.

“I talked to Sam, I was frustrated, I was like ‘What are you doing when we got drove into the fence,’” he said. “We were shoving a little bit then I turned away and I got grabbed and pulled, and that just led up to that moment … I snapped and that’s just part of it.”

Gibbs mentioned he understands why Mayer made the move on the track, but it was just a heat of the moment situation in which he ultimately made a mistake to go after Mayer.