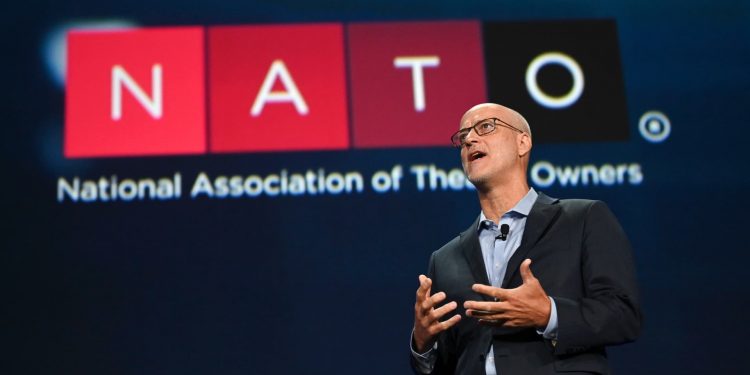 President & CEO of NATO John Fithian speaks onstage during CinemaCon 2021 The State of the Industry and MGM/UAR Presentation at The Colosseum at Caesars Palace during CinemaCon, the official convention of the National Association of Theatre Owners, on August 24, 2021 in Las Vegas, Nevada.

LAS VEGAS – The death of cinema has been greatly exaggerated — that’s the theme of this year’s CinemaCon.

Instead, it’s the same-day release model for theaters and streaming that has kicked the popcorn bucket, according to National Association of Theatre Owners President and CEO John Fithian.

“I am pleased to announce that simultaneous release is dead as a serious business model, and piracy is what killed it,” Fithian said Tuesday in his annual address at CinemaCon, which his organization hosts. “When a pristine copy of a movie makes its way online and spreads, it has a very damaging impact on our industry.”

Fithian’s remarks came after a lengthy speech by Charles Rivkin, the chairman and CEO of the Motion Picture Association, about the dangers digital piracy has on the theatrical industry and how the MPA is working to combat illegal uploads and downloads of cinematic content.

“On average pre-release piracy can take away as much as 20% of box office revenue — your revenue,” he told theater owners Tuesday. “And with the right efforts to build awareness with consumers, lawmakers, and the media, we can continue to build a culture that recognizes piracy for what it is — theft, pure and simple, and a direct threat to creators, the creative workforce, and the creative community everywhere.”

Throughout the Covid pandemic day-and-date releases became a necessary part of the box office recovery process. However, as more consumers have returned to movie theaters, the need for these kinds of releases has waned. Theater owners are optimistic that crowds will keep coming back, particularly after the lucrative box office performance of “Spider-Man: No Way Home,” “The Batman” and “Sonic the Hedgehog 2.”

Studios and industry executives are keenly aware how powerful a dedicated box office window can be for a film and how devastating piracy can be to potential earnings. It’s why Disney scheduled the 2019 release of “Avengers: Endgame” to coincide in China and North America on the same date to ensure that the majority of potential audiences could see the film in theaters before it was pirated online.

While some studios have opted to occasionally implement day-and-date releases, usually movies with low-to-mid-tier budgets or ones that cater to a demographic of moviegoers that has been slow to return, most studios have committed to showing their films for at least 45 days before releasing them to the home market.

In fact, the president of Sony’s Motion Picture Group, Josh Greenstein, touted that “Spider-Man: No Way Home,” which was released in December, remained in theaters for 88 days before becoming available to the public through other platforms. “No Way Home” generated around $1.9 billion at the global box office during its run in theaters.

“When analyzing title after title it becomes very clear that spikes in piracy are most drastic when a movie is first available to watch in the home: it doesn’t matter if its available via premium video on demand or subscription video on demand,” said Fithian. “Robust theatrical windows protect against piracy. If a major title that people are clamoring to see in theaters is released too quickly to the home and then pirated, the temptation to stay home and watch pirated films becomes greater for many potential moviegoers.”

Banned from Twitter: accounts that may be reprieved after Musk takeover – The Guardian 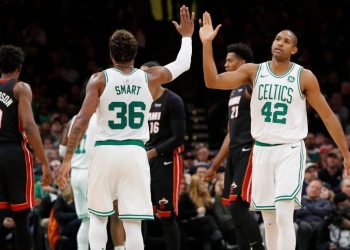 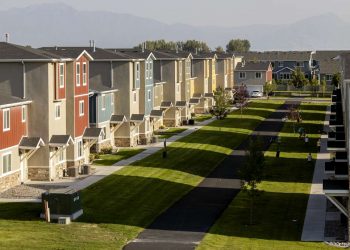 Banned from Twitter: accounts that may be reprieved after Musk takeover - The Guardian