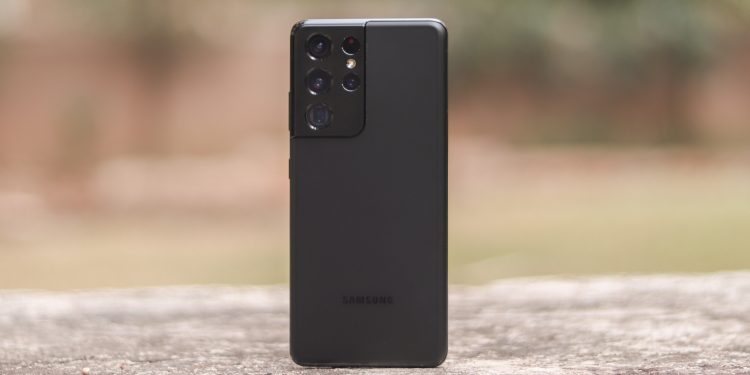 
After countless leaks and rumors, Samsung has finally announced its 2022 flagship smartphone range, and the most exciting of the three is the Samsung Galaxy S22 Ultra.

This is a top-spec’d phone that combines the attributes of two of the best phones Samsung has made over the past two years. It’s a bit of a monster.

We haven’t had a chance to fully put the Samsung Galaxy S22 Ultra through its paces just yet, but here’s how the two phones compare on paper.

So the starting price hasn’t changed, but for more storage you’re saving money with the newer version.

Both have an IP68 rating, so they’re just as water and dust resistant as one another. But the designs of both phones are fundamentally different.

That extends to the Samsung Galaxy S21 Ultra’s camera module, which melds directly into the frame of the phone whilst standing well above the rear panel. The Galaxy S22 Ultra, by contrast, has an unusually flat camera module.

While we like the Galaxy S21 Ultra’s design a lot, we’re glad that Samsung hasn’t left one of its most iconic smartphone designs to wither. Of course, we’ll have to go hands-on with both together to know which we prefer.

Some of the fine details favor the Galaxy S22 Ultra, however. The newer phone applies a more adaptable form of LTPO technology, meaning it can scale its refresh rate right now to 1Hz. The Galaxy S21 Ultra can only drop to 10Hz.

This isn’t an image quality issue, of course, but it does mean that the Galaxy S22 Ultra’s screen is the more efficient of the two.

We say ‘only,’ but both are incredibly bright by modern standards, so it’s hardly a massive win for the newer phone.

As with the display, there appears to be very little between the camera systems of these two phones.

Both phones lead with a 108MP main sensor and an f/1.8 aperture. Both also have 12MP ultra-wides with f/2.2 apertures.

Completing the sense of déjà vu, both Ultra phones pack 10MP telephoto sensors, one for a 3x optical zoom and the other for a 10x optical zoom.

Wouldn’t you know it, even the selfie cameras seem to be the same 40MP sensor with an f/2.2 aperture.

This lack of obvious advancement might be a bit of a disappointment. Given how much the Samsung Galaxy S21 Ultra impressed us in 2021 though, particularly with its excellent zoomed shots, this isn’t necessarily a bad thing.

Especially given that there have been some major advancements in the AI department. If there’s been one area where Samsung’s camera department has fallen behind Apple’s and Google’s, it’s with its algorithms, so this could be a good thing.

We’re also seeing other advances in the software here, with new features like Advanced Nightography for improved low light performance. It remains to be seen how much of a difference these software updates will make in practice though.

The Samsung Galaxy S22 Ultra will come powered by either a Snapdragon 8 Gen 1 or Samsung’s new Exynos 2200 chip, depending on your region. Both are 4nm chips, and we’re expecting both to provide more or less the same level of power.

This is something we’ll have to test for ourselves, but early signs are that neither of these chips provide a huge step forward in performance over their 5nm predecessors used in the Samsung Galaxy S21 Ultra.

Those chips are the Snapdragon 888 (in the US and China) and the Exynos 2100 (everywhere else). Early benchmarks suggest that CPU performance is broadly similar, while GPU performance is the biggest advance.

One that front, the most interesting point is that the Exynos 2200’s AMD GPU shares the same RDNA2 architecture as the PS5 and the Xbox Series X. It could provide some advanced effects in games, if developers choose to implement them. That’s quite a big ‘if’ at this point though.

All of this means that you probably won’t notice much of a performance difference between the Galaxy S21 Ultra and the Galaxy S22 Ultra. They’re both fast, smooth operators.

The newer phone strikes back with the offer of 128GB, 256GB, 512GB, and now 1TB internal storage options. There’s no 1TB option with the Samsung Galaxy S21 Ultra.

Both phones give you large 5,000mAh batteries. But then, they need a chunky cell with such power-hogging components.

We found the Galaxy S21 Ultra’s battery performance to be solid during our test period, with a full charge sufficient to get us through a full day and change. That was with the screen settings scaled back, however. We emptied the tank much more quickly when we pushed that 120Hz screen refresh rate to the max and cranked up the resolution to QHD+.

Hopefully the fact that the Samsung Galaxy S22 Ultra can scale its display right down to 1Hz, in addition to a more efficient processor (on paper) will improve things for the newer phone.

One area in which the Galaxy S22 Ultra is quite clearly an improvement over its predecessor is charging speed. At 45W, it’s finally befitting of a flagship phone after the 25W Samsung Galaxy S21 Ultra.

This still falls short of the OnePlus 10 Pro with its 80W charging and the Xiaomi 12 with its 67W charging, but it should provide an improvement nonetheless. Unlike those aforementioned rivals though, Samsung doesn’t bundle a charger in the box with either of its Ultra phones.

With its design and its built-in S Pen stylus, the Galaxy S22 Ultra is shaping up to be as much a successor to the Samsung Galaxy Note 20 Ultra as its immediate predecessor.

We’re fascinated to see just how much better than the S21 Ultra the Galaxy S22 Ultra will be given how similar its display, camera, and even performance appear to be on paper.

Could it really all come down to that built-in S Pen? And will the brilliant Samsung Galaxy S21 Ultra prove to be the better bet if you can pick up a good deal?

Rest assured that we’ll be putting this new phone through a full review to find out the answers very soon.