Samsung’s S22 is here, but February still has OnePlus, Realme, Moto and more in store 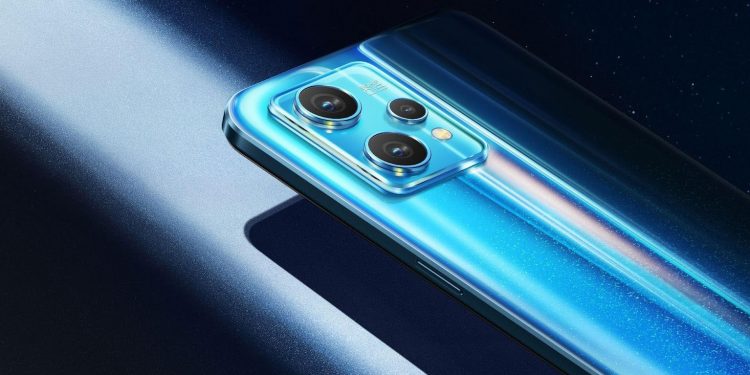 
February is a wonderful (or horrible, depending on how you view it) month for smartphone launches, with absolutely loads of unveilings and releases crammed into the year’s shortest month.

After the Samsung launch, some phone fans might be ready to hibernate until the Xiaomi 12 and OnePlus 10 launches sometime in March or April, but there’s a lot more coming this month that you might want to pay attention to.

We’ll run you through all the big mobiles coming soon, so you can clear spaces in your calendar. Note: these are confirmed launches, not rumored ones, so we could see even more pop up with limited notice.

Realme has confirmed that the next members of its budget numbered series are coming on February 16. We’re expecting the Realme 9 Pro and Pro Plus, likely without a non-Pro version for now.

Some details of these phones have already been teased, including the 50MP main camera, color-changing rear design and built-in heart rate sensor of the Pro Plus. We don’t know as much about the standard Pro just yet.

Since we haven’t seen a Pro Plus Realme phone before, we don’t exactly know what to expect, especially in the pricing department – so there’s lots to find out at the launch event.

We know the OnePlus Nord CE 2 5G, the successor to the Nord CE 5G from 2021, is coming on February 17. This is expected to be a budget Android mobile that slots into OnePlus’ rapidly-growing Nord family.

We know a few details about the phone, including its 65W charging, the fact it has a headphone jack and microSD card slot, and obviously the name tells us that it’s compatible with 5G networks.

Leaks have told us quite a lot more, painting the picture of your standard Android mobile that straddles the mid-range and low-end segments, but we’ll have to wait until the 17th to know for sure.

February 17 is going to be a busy day for smartphones! As well as OnePlus’ launch, ZTE’s Nubia arm of smartphones is unveiling the Red Magic 7, the newest entry in its line of gaming phones.

Red Magic mobiles are generally mid-range phones that are good for gaming, but we’ve heard that for the first time a Pro version is coming too, and we don’t know what to expect from that one.

The company has confirmed that one or both of the phones will have 165W charging, the Snapdragon 8 Gen 1 chipset, and three rear cameras, and beyond that we’re hoping they’ll have physical gaming triggers and an efficient cooling system.

The event is only happening in China, but Nubia usually brings its gaming phones to international markets including the US and UK quickly after its launches.

There’s a new Motorola Edge phone coming on February 24, the brand has confirmed, but we don’t know exactly what – odds are it’s the Motorola Edge 30 series.

The above teaser is literally all we know about the launch, which at least confirms the date and the fact it’s an Edge smartphone (as per the tiny hashtag at the bottom), so it’s speculation alone that makes us think it’s the launch of the new generation of Edge device.

If it is the new Edge series, we’re expecting three or four new Android mobiles ranging from a budget to a pricey Ultra version, though unlike some of the other brands on this list, Motorola has had its lips tightly shut regarding features and specs.

More so than the Realme, OnePlus or Red Magic launches, there are lots of question marks surrounding this event, so we’ll definitely be tuning in to see what gets announced.

The big phone event is right at the end – annual phone event Mobile World Congress, shortened to MWC 2022, is taking place from February 28 until March 3.

In previous years, MWC was a hotbed of new phone launches and announcements – we’re not too sure what it’ll look like in 2022, as Covid caused the 2020 version to be canceled and the 2021 one to be downsized and postponed until the summer.

But several companies have pledged to attend, including Honor, Xiaomi and Huawei, so it definitely won’t be a quiet few days.

Sell the Rumor…Buy the News

Sell the Rumor…Buy the News