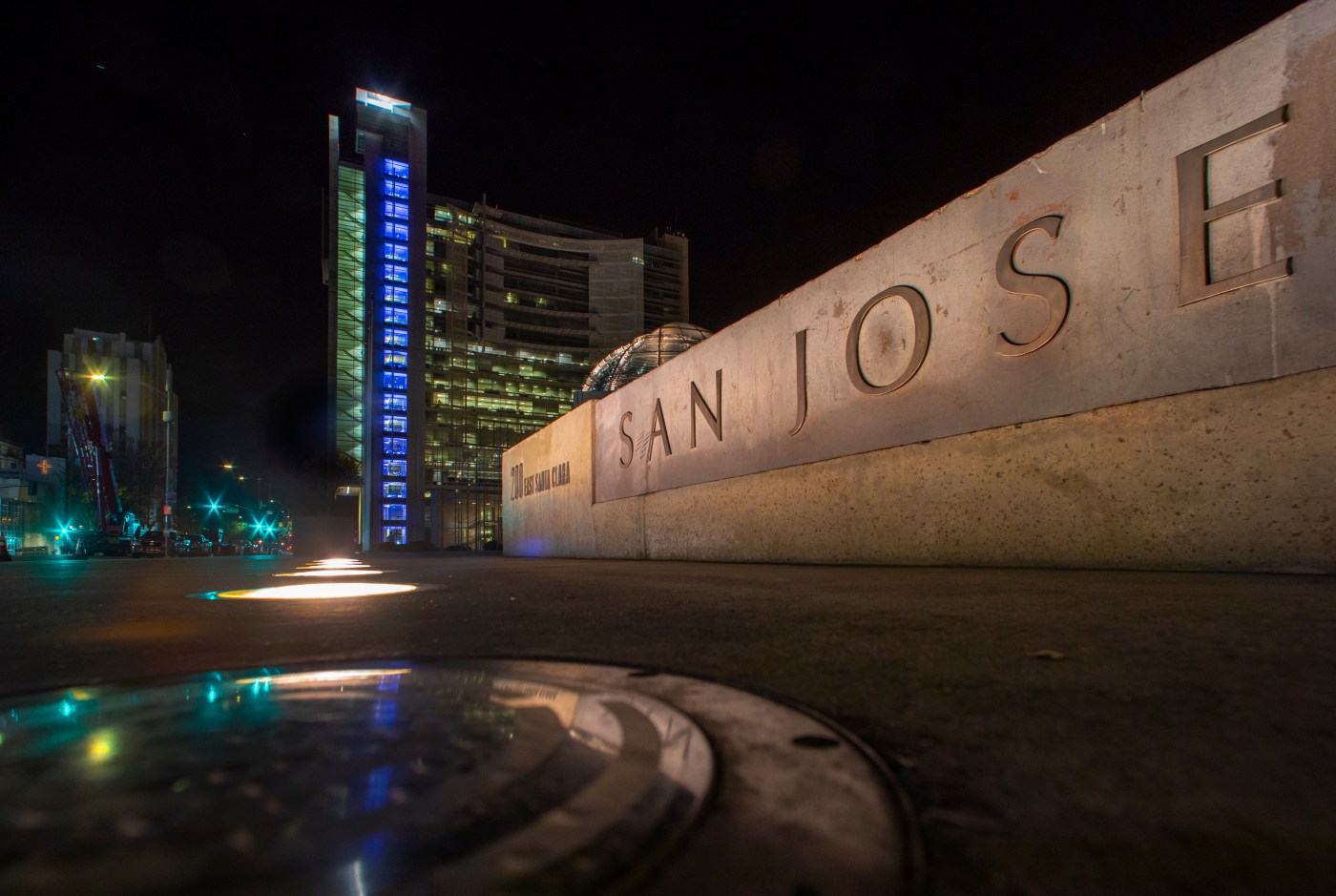 With next year’s election of a new mayor and a slew of candidates jostling to replace half of the members on the city council, San Jose could be poised for significant change as it makes critical decisions from adding more housing to guiding the city’s recovery from the pandemic.

San Jose already saw a shake-up in leadership just this past year with a new city manager, a police chief and two new city council members.

And, now the upcoming election could bring even bigger changes to San Jose City Hall.

Although six months still remain until the June 2022 primary election, at least 15 people have filed paperwork declaring that they are running for one of the five odd-numbered city council district seats that are up for grabs. Six people have also launched campaigns to replace Mayor Sam Liccardo, who terms out next year.

Liccardo will exit the stage after a total of 16 years wielding influence in City Hall, including eight years as a councilmember and then another eight as mayor. An additional three councilmembers — District 1’s Chappie Jones, District 3’s Raul Peralez and District 5’s Magdalena Carrasco — will be leaving their posts after eight years.

“It’s a long time to be in a position of influence, so this is really going to be a potential to break in a new direction,” said Garrick Percival, a political science professor at San Jose State University. “… I think the real question is are we really going to see sort of fundamental shift in what the city has been doing?”

Those chosen to represent the residents of San Jose will be asked to make some critical decisions such as the city’s approach toward densifying single-family neighborhoods, how the city will reach some of its ambitious environmental goals and what new tools will be used to boost the city’s affordable housing stock and address the growing population of unhoused residents.

Candidates for mayor include Santa Clara County Supervisor Cindy Chavez, San Jose councilmembers Dev Davis, Matt Mahan and Raul Peralez and political newcomers Jonathan Royce Esteban and Tyrone Wade. If either Davis or Mahan is elected as mayor, their seats on the council will need to be filled as well.

As for the five council races, two current council members are running for re-election: District 7’s Maya Esparza, who represents the neighborhoods south of downtown from Highway 87 to King Road, and District 9’s Pam Foley, who represents the Cambrian Park area and south Willow Glen.

Foley and Esparza, both former school board members, were elected to the council in 2018. At that time, Foley earned endorsements from business leaders and the region’s chamber of commerce while Esparza garnered support from labor groups.

Although it’s still early in the process, Foley appears to be running uncontested at this point. And her reelection campaign, which was just announced earlier this month, has already picked up support from a number of high-profile politicians, including Liccardo, State Senator Jim Beall and State Assemblymember Evan Low.

Esparza, on the other hand, will have to fend off at least two competitors — Bien Doan, a San Jose Fire Captain, and Van Le, a trustee for the East Side Union High School District. Le, who also owns a State Farm Insurance office in San Jose, ran for the same seat in 2018 but didn’t garner enough votes to make it to the runoff. Esparza has already won an early endorsement of the South Bay Labor Council.

The South Bay Labor Council and Liccardo’s new political fundraising committee indicated that they will announce the majority of their endorsements after the official candidate filing deadline in March.

Jean Cohen, executive officer of the South Bay Labor Council, said her organization is looking for “candidates with an agenda that support working people who are trying to sustain a lifestyle in San Jose that is increasingly becoming unattainable.”

“I think the mayoral race is a pivotal moment because we have an opportunity to elect a mayor that represents the people and not special interests,” Cohen said, taking a jab at Liccardo’s connections to the region’s top real estate developers and business leaders.

Liccardo, on the other hand, said his new political fundraising committee will be looking to back candidates who are independent of labor groups and have “a fundamental belief in supporting jobs and housing in our community.”

The race to replace Councilwoman Magdalena Carrasco and represent East San Jose is shaping up to be one of the most stacked fields next year. Five candidates have announced they are hoping to fill the seat, including several experienced and well-regarded elected officials.

Former San Jose Councilwoman Nora Campos, who served on the council from 2001 to 2010 and went on to serve as a state Assemblywoman until 2016, is expected to be a formidable force in the race. Campos, who ran unsuccessfully for state senate in 2016 and 2020, has already received an endorsement for state Sen. Dave Cortese.

Also vying for the open District 5 seat is Santa Clara County Board of Education Trustee Peter Ortiz, Planning Commission Chair Rolando A. Bonilla, Alum Rock Union School Board Trustee Andres Quintero and H.G. Nguyen, founding president of the Vietnamese American Chamber of Commerce of Santa Clara Valley. Quintero does not currently live in District 5 but said he will by the time of the election.

In another competitive race for a closely-watched district, another five candidates have launched campaigns to replace District 3 representative Raul Peralez’s seat to represent the downtown area.

In recent years, those elected to represent downtown San Jose have used their experience and gone on to higher positions within the city and county, including Mayor Liccardo and County Supervisor Chavez.

Hoping to replace District 1 Councilmember Chappie Jones are Planning Commissioner Justin Lardinois and Ramona Arellano Snyder, manager of a volunteer program at the Mineta San Jose International Airport. Both Lardinois and Snyder are leaders of the District 1 Leadership Group.