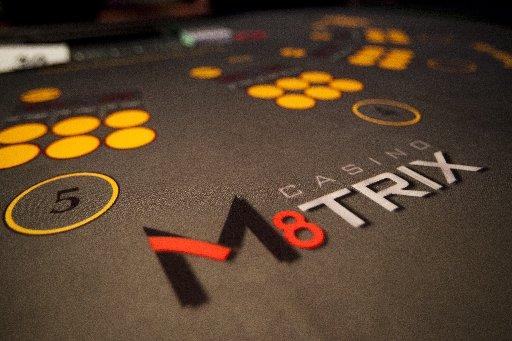 Just five months after San Jose voters overwhelmingly approved expanding the number of table games in the city’s two card rooms, a California regulatory agency has found that part of the ballot measure violates state law and must be scrapped.

The California Gambling Control Commission earlier this month denied applications from both Bay 101 and Casino M8trix to increase the number of card tables in each casino from 49 to 64 — a key provision of San Jose’s ballot measure H, which was approved by nearly 73% of voters in November 2020.

The reason? The two San Jose card rooms have already reached their maximum number of authorized tables under state law, according to the commission and the California Bureau of Gambling Control. Now, the card rooms are out of luck with no other means to add more tables while still on the hook to pay the city tax hikes called for in the measure.

“It’s not the commission that’s voiding the ordinance or the voters’ preference, it’s the statute that would be doing so,” Todd Vlaanderen, chief counsel for the gambling commission, said during the April 22 meeting. “The commission is just following the statue.”

The measure was presented to voters as a way to increase revenue for the city by raising taxes on San Jose’s Casino M8trix and Bay 101 card rooms from 15% to 16.5% and allowing the casinos to each add 15 new card tables. Voters were informed that it would generate an estimated $15 million annually for city services, such as fire protection, 911 emergency response, roadway maintenance and homeless housing.

The increase in card tables was expected to generate $9 million annually — or 60% of that funding — while the tax hike would only contribute $2 million, according to a city report at the time. The remaining $4 million was expected to come from extending the city’s card room tax to businesses that provide in-house player services.

Although the state gambling commission has decided that the card rooms cannot expand, the city still plans to continue collecting the tax increase laid out in the measure, as it has since it was approved last year.

“The Commission’s decision means that the cardrooms do not have state approval for additional tables, and the cardrooms can challenge that decision in court,” San Jose city attorney Nora Frimann wrote in an email. “Measure H has a severability provision so we believe that it remains in effect even if a section of it is challenged or deemed to be not enforceable.”

Bay 101 and Casino M8trix, however, disagree — and they have both filed separate lawsuits to challenge the validity of the measure in its entirety and void the tax hike. The suits are ongoing.

Robert Lindo, vice president and director of Casino Matrix, said in an email to this news organization on Wednesday that his team is weighing whether to legally challenge the commission’s decision to deny the casino’s application to add more tables.

Without the additional tables, Lindo said the city is failing to provide the increased amount of revenue promised to voters and leaving the card rooms “stuck paying more taxes despite being denied the growth and expansion the city sold to us and the voters.”

“Sadly for the residents of San Jose, the city seems to have botched both ballot Measure H and their attempt to secure more gaming tables between the cardrooms,” Lindo wrote in the email Wednesday. “At best, what the city did is unfair and questionable.”

The latest development is yet another dispute between the city and its card rooms, which have held a decades-long relationship marred with legal battles over regulatory control, money and political power. In fact, the November ballot measure was agreed upon by Bay 101 and the city of San Jose as a way to settle an ongoing wrangling over what Bay 101 called unfairly high fees that weren’t based on the city’s true regulatory costs.

Christine Peek, a San Jose-based attorney representing Bay 101, said during the commission meeting that denial of the card room’s request for more tables would wipe out years of time and effort spent by both Bay 101 and the city to resolve the lawsuit.

“Bay 101 will not get the benefit of the settlement, the city will not get the tax revenue from the additional tables and both parties will have to continue spending resources to try and resolve these issues,” Peek said.

The city of San Jose and both card rooms dispute the state gambling commission’s justification for denying the increase in tables, but the city does not yet have plans to appeal the ruling.

Under the state’s Gambling Control Act, a city is prohibited from increasing the number of card tables in a card room by 25% or more than what it had on January 1, 1996.

San Jose argues that the city did not set a limit on how many tables each card room was permitted to operate at that time and instead merely had a citywide limit of 181 card tables. But in June 1992, the city adopted an ordinance that limited the number of card tables per cardroom to 40, and the state believes that regulation was still in place in January 1996.

In 2010, a voter-approved ballot initiative allowed San Jose card rooms to boost their number of card tables from 40 to 49 — an increase of about 23%. According to the state, that measure brought Bay 101 and Casino M8trix to their maximum number of allowed tables.

Congressional Democrats have a 100% vaccination rate