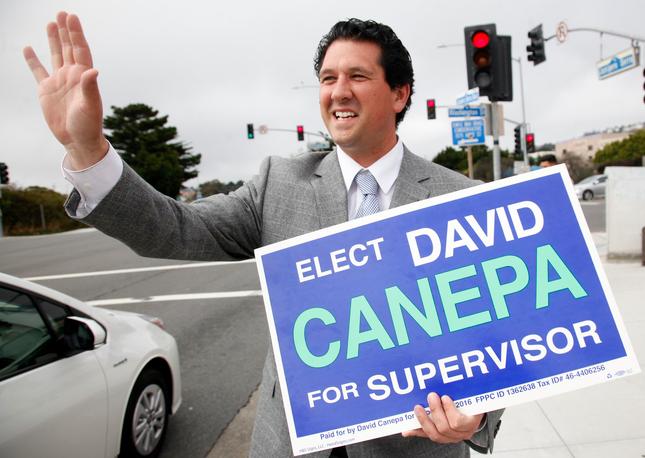 San Mateo County Board of Supervisors President David Canepa confirmed Saturday that he will make a bid for Rep. Jackie Speier’s seat representing the Bay Area’s Peninsula region in Congress next year.

The announcement came about a week after the veteran congresswoman said she would not run for re-election of District 14, which extends from southern San Francisco down to East Palo Alto, and after Canepa heavily hinted at his planned candidacy in interviews.

“I’m running for Congress because San Mateo County’s values can be an example for folks in D.C.,”  Canepa said in a statement, ticking off values like belief in science, free community college, affordable housing and diversity. “If D.C. can start focusing on and investing in our neighborhoods, towns, cities and counties again, so people can see with their own eyes the benefits it brings them, as we do here in San Mateo County, I truly believe we can restore faith in government.”

A Pacifica native, Canepa has served on the board since 2016 and lives in Daly City. He was a Daly City councilmember for eight years starting in 2008 and served as mayor in 2014.

Earlier this week, he told this news organization that there was a “strong possibility” he would run for the seat. Other possible contenders include Speaker pro Tempore of the California State Assembly Kevin Mullin, Sen. Josh Becker and several Redwood City councilmembers.

“I think it’s going to be competitive,” Canepa said at the time. “I think there’s going to be a lot of people who are interested. That’s a good thing. … We’re starting to see a changing of the guard.”

Ex-Babbo server dishes on glamour and grind of Batali Inc.

Ex-Babbo server dishes on glamour and grind of Batali Inc.