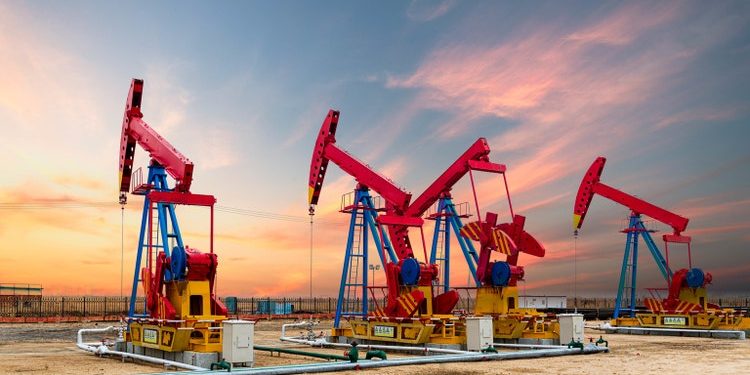 
The strength in near-term commodity prices has given SandRidge Energy (NYSE:SD) the opportunity to resume drilling in its NW Stack acreage. Although SandRidge’s NW Stack assets are far from top-tier, the well-level economics should still be excellent with forward-year strip at mid-$90s oil and over $5 gas.

The resumption of drilling activities should allow SandRidge to largely maintain value-weighted production levels (with total production down, but oil production up compared to Q4 2021) while generating $115 million in positive cash flow in 2022 at current strip. At strip, it may be able to get to $340 million in net cash by the end of 2023 as well.

The current strip for 2022 is around $95 for WTI oil and around $5.40 for Henry Hub natural gas. At these commodity prices, SandRidge may be able to generate $224 million in oil and gas revenues before hedges.

SandRidge had a small amount of hedges covering part of its January and February production of natural gas and NGLs, and those hedges may have ended up with around negative $1 million in realized value.

SandRidge’s cash expenditures are expected to be around $108 million, including approximately $46 million for capital expenditures.

This results in an estimate of $115 million in positive cash flow for SandRidge in 2022, before any potential spending on share repurchases or acquisitions.

However, the strong near-term commodity prices allow for excellent potential returns even with relatively mediocre assets. SandRidge estimates an IRR of over 100% at $100 WTI oil and $5 Henry Hub natural gas. Given the front-loaded nature of the production, the high near-term prices help the wells pay back relatively quickly.

Although SandRidge’s total production may average around -8% in 2022 compared to Q4 2021 levels, it expects to increase its oil production by around 12% over the same time period.

Based on SandRidge’s guidance for 2022 (discussed more below), it may be able to generate $115 million in positive cash flow at current strip prices, which would allow it to reach around $255 million in net cash by the end of 2022.

If SandRidge can roughly maintain production levels in 2023 as well with a similar capex budget to 2022, it may be able to end up with $340 million in net cash by the end of 2023 based on current strip.

SandRidge reported proved developed PV-10 of $433 million at the end of 2021 based on SEC pricing (mid-$60s oil and $3.60 natural gas). If oil and gas prices remain relatively strong (at current strip) for 2022 and 2023, it may allow SandRidge to largely keep its reserve value constant while getting to $340 million in net cash at the end of 2023.

The strength in near-term commodity prices may give SandRidge the opportunity to maintain its proved developed reserves, while also generating a significant amount of cash flow. In a scenario with strong oil and gas prices (current strip) in 2022 and 2023, SandRidge may be able to build its net cash position to $340 million (over $9 per share) by the end of 2023.

Assuming that its development activities keep its proved developed reserves from being drawn down over the next couple years, that could result in a total value of close to $20 per share for SandRidge at the end of 2023 in a longer-term mid-$60s oil and $3.60 natural gas scenario.

No. 1 South County girls’ soccer finds a worthy opponent in No. 2 Colgan