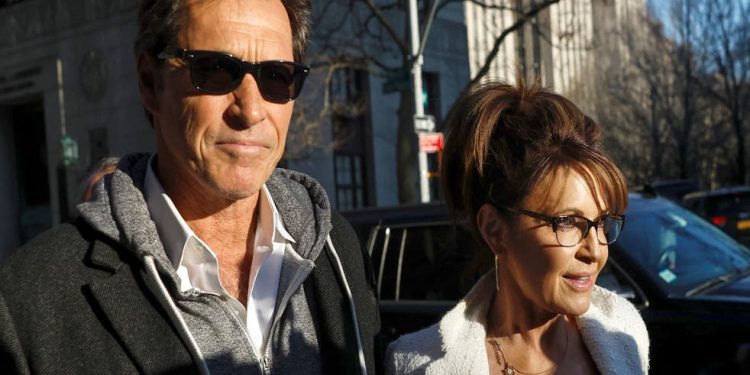 
Sarah Palin is on the witness stand in a trial over her defamation lawsuit against The New York Times, which she has accused of damaging her reputation following a draft of a 2017 editorial that linked her political rhetoric to a mass shooting.

The newspaper’s legal team has appeared to argue that she has faced media scrutiny for years before she brought a legal challenge against the newspaper over an editorial that was corrected, while Ms Palin told the courtroom that death threats against her and her family “ramped up” and felt like “orchestrated attacks” following the editorial.

Under more questioning from New York Times attorney David Axelrod about her multiple media appearances, the former Alaska governor and 2008 GOP vice presidential candidate begrudgingly responded when asked about her performance on The Masked Singer.

She said the appearance was the “most fun 90 seconds of my life” and “it paid some bills.”

Her testimony comes as the case is expected to wrap up with closing arguments on Friday.

Ms Palin has already indicated that she will consider asking the Supreme Court to reexamine defamation law should she lose her case in Manhattan.

The court is taking a break following a round of questions to Palin, who has been on the witness stand for roughly two hours so far on Thursday morning.

Palin map with ‘crosshairs’ could also ‘look like other things’, she says

A map from Palin’s SarahPAC in March 2010. portrayed stylized crosshairs to mark Democratic-leaning districts as part of a campaign to win Republican seats in those areas.

“Those little emoji? A lot of people said yes those look like targets or sights,” she said. “A reasonable person could or would.”

The crosshairs put targets on congressional districts, including one held by then-US Rep Gabrielle Giffords.

An early draft of the New York Times editorial in question drew a comparison with a 2011 shooting in Tucson that injured the congresswoman and killed six people and noted that SarahPAC created a map with her district in crosshairs.

In the course of editing the story, then-editorial editor James Bennet added a sentence saying that “the link to political incitement was clear.”

She said the appearance was the “most fun 90 seconds of my life.”

“It paid some bills,” she said.

NYT attorney David Axelrod asked Palin about her resignation from Alaska’s governor’s office in July 2009, which was reportedly over mounting legal bills related to an ethics investigation. The resignation was 18 months before the end of her term.

The judge told the jury to disregard his final line of questioning on the matter (“You resigned 18 months early because of inundations with complaints about lawsuits and ethical violations”).

The questioning so far, from the first questions to questions about her books and speaking engagements, appears to show that she has faced media scrutiny for years before she brought a legal challenge against the newspaper over an editorial that was corrected.

New York Times attorney David Axelrod asked whether Palin knew, when on the GOP’s 2008 presidential ticket, that “when you go into that level, the very top of the pyramid, a lot of people take shots at you.”

“You become a target, and people take shots,” she said. “I expect a level paying field in that territory, anticipating some shots.”

Palin is asked about corrections to editorial: ‘They doubled down’

Palin is now being asked by her attorney whether any staff contacted her about the 2017 editorial as corrections were made.

“There was no mention of me in what they called a correction,” she said. “Nothing changed. They doubled down.”

Newspaper staff had previously testified that editorial corrections do not highlight previous errors with affected names to not continue to amplify the errors, common across most news organisations.

Palin now being questioned on 2017 editorial

With the judge and attorneys back in the courtroom, Palin is questioned about the 2017 editorial.

She says she doesn’t remember when she first read or was told about the editorial, but she says she remembers “feeling immediately, ‘Oh, no.’”

“First, realizing how significant and horrible the incident was, and then mortified, again, that there would be a linkage in there written by whoever was on the editorial board, that I knew I would have to take issue with,” she said.

Palin appeared to suggest that the New York Times linked her to incitement before the 2017 editorial at issue in her case, and broadly suggested, in a comment outside her defamation claim, that the newspaper had “lied.”

“My view was the New York Times took a lot of liberties and wasn’t always truthful,” she said.

“When the New York Times would write with that linkage between Sarah Palin and inciting political violence … I don’t have the specific articles in front of me,” she said.

The comments prompted a sidebar conversation with Judge Rakoff.

Aiming to show how the editorial caused damage, Ms Palin’s attorney asked her about the death threats she’s received online.

She said she got them “every day” prior to the editorial, but they “ramped up” and felt like “orchestrated attacks” afterward.

She attributed the worsened attack to the media “lying” about her.

Palin addresses editorial at heart of her case

Ms Palin is now recalling how she learned about Times editorial at the heart of her lawsuit.

She claims the newspaper damaged career as a political commentator with the editorial about gun control published after US Rep Steve Scalise, a Louisiana Republican, was wounded when a man with a history of anti-GOP activity opened fire on a Congressional baseball team practice in Washington.

In the editorial, the Times wrote that before the 2011 mass shooting in Arizona that severely wounded former US Rep. Gabby Giffords and killed six others, Palin’s political action committee had contributed to an atmosphere of violence by circulating a map of electoral districts that put Giffords and 19 other Democrats under stylized crosshairs.

In a correction two days later, The Times said the editorial had “incorrectly stated that a link existed between political rhetoric and the 2011 shooting” and that it had “incorrectly described” the map.

CryptoPunk Collection Could Fetch up to $30 Million at Auction