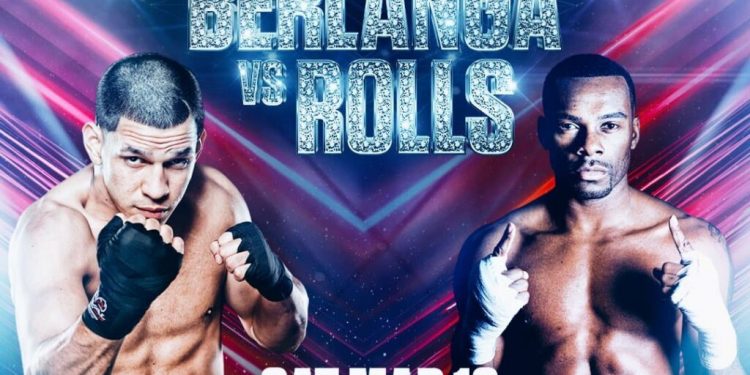 
NEW YORK (March 15, 2022) — Featherweight prodigy Bruce “Shu Shu” Carrington, the latest standout boxer to come from the Brownsville section of Brooklyn, makes his New York City debut this Saturday, March 19 in a six-rounder against Yeuri Andujar at Hulu Theater at Madison Square Garden. Carrington-Andujar, which will be contested at junior lightweight, highlights undercard action before the 10-round super middleweight main event featuring Brooklyn’s Edgar “The Chosen One” Berlanga against Steve Rolls.

Berlanga-Rolls, an eight-round junior middleweight bout between Xander Zayas and Quincy LaVallais, and unbeaten junior welterweight John Bauza in an eight-rounder versus Tony Luis will be televised live on ESPN and ESPN Deportes (simulcast on ESPN+) at 10 p.m. ET/7 p.m. PT. Carrington (2-0, 1 KO) had a nearly decade-long run as one of Team USA’s star amateurs, including a victory in the 125-pound division of the 2020 U.S. Olympic Team Trials. He turned pro last October on the Tyson Fury-Deontay Wilder III undercard and made his Top Rank debut in January with a stunning second-round stoppage over Steven Brown. Andujar (5-4-1, 3 KOs), from San Cristobal, Dominican Republic, is coming off a six-round draw last December against Pablo Cruz (22-4 at the time).

In other undercard action streaming on ESPN+:

Promoted by Top Rank, in association with DiBella Entertainment, tickets starting at $51 are on sale now and can be purchased by visiting Ticketmaster.com or MSG.com.