Xena is a hardworking Maremma Sheepdog who lives just outside Brisbane, Australia. She spent her life working on a sheep and cattle farm. Sadly, the drought in Australia coupled with the crippling effects of the pandemic put a halt to Xena’s family’s farm.

Xena’s parents could no longer afford to care for their livestock or the dedicated dogs that kept careful watch over their land.

Xena’s family wanted the best for her and her sister, Hera. They carefully chose a family that they felt would love them and give them a wonderful life. Sadly, just two weeks after joining their new family, Xena ran away.

“She was last seen running like something was chasing her… like really, really fast,” said Ms. Price, Xena’s original mom.

Her new family thought maybe she was trying to run back to her previous family and hoped she would eventually return. After all, Xena was known to be a “scaredy-cat” and would have been terrified on her own in an unknown area.

A massive search ensued, but Xena was nowhere to be found. As hours turned into days, days into weeks, and weeks into months, Xena’s family began to give up hope.

Six months had passed when Xena’s family got the surprise of a lifetime.

“About three o’clock in the morning, Hera and their other Maremma were barking incessantly,” Ms. Price said. “[The new owner] got up to find out what they were barking about and when he went [out], there were three Maremmas.”

They took a closer look and realized the third Maremma was actually Xena!

Xena’s formerly snow-white fur was reddish-grey and filled with thick mats – a sign of her struggles for the previous six months.

“She’s very thin and very exhausted-looking but her sister Hera was so excited, and she is so relieved to be home,” Ms. Price said. “She’s had food and we just had big cuddles. It’s just been the most emotional roller coaster, tears of joy all morning.”

Despite being thin enough to see her ribcage, Xena appeared to be in otherwise good health. 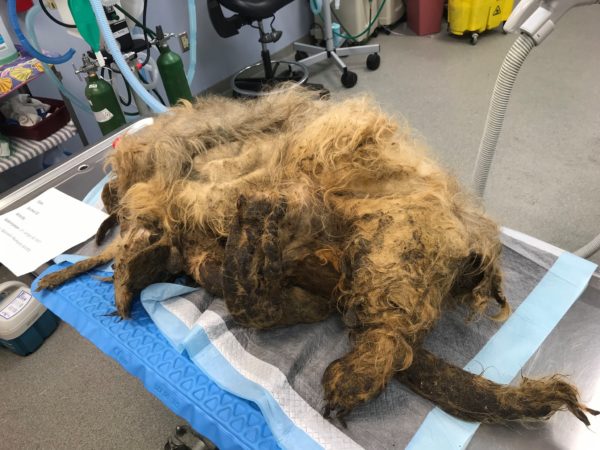 Xena Is Proof That Happy Endings Are Possible

Xena was examined by a veterinarian, but most importantly, she was reunited with her sister, Hera.

“It’s just a joy to have a happy-ever-after miracle ending, that she has survived, and that she’s back with her sister, and back with all of us,” said Ms. Price.

Xena’s family hopes that her story will inspire other families to never give up hope of being reunited with their lost pets. Where there is love, there is hope.

'Discord' on TikTok Is a 'My Little Pony' Fan Song

Roger Federer withdraws from French Open due to health reasons

Integrating a New Dog Into Your Family – Dogster

Family Heartbroken After Lost Dog With Microchip Is Given Away

What You Need to Know – Dogster

Roger Federer withdraws from French Open due to health reasons

Paris Jackson to Willow Smith: ‘I feel like my dad would be proud’

Warning: Be On The Lookout For A Diving Alex de Minaur On Grass | ATP Tour