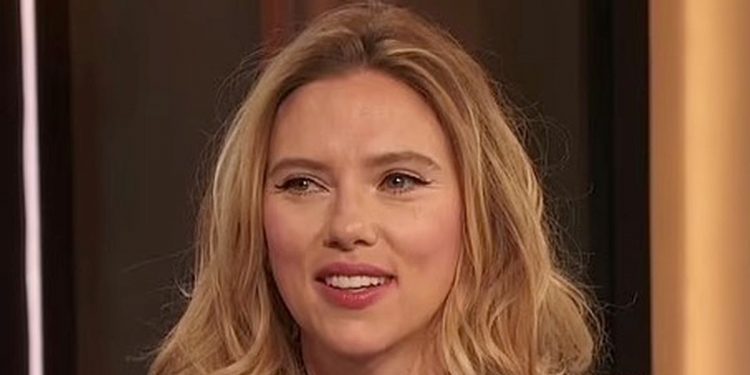 Scarlett Johansson has profusely denied the “absurd” rumour that she once had sex with Benicio del Toro in an elevator.

The actress, 37, denied the rumour, but stopped short of mentioning her Avengers: Infinity War co-star.

Speaking on TheSkimm’s 9 to 5ish podcast on Tuesday, Scarlett said: “That was a story that followed me for a long time.

“But I always thought that was outrageous. I was always thinking to myself, “That would be tough. It’s a very short period, the logistics of that seem so unappealing to me.”

She continued: “I’m a person who’s terrified of being caught doing something I’m not supposed to be doing. So that made the story even that much more absurd to me.”

The rumour is said to have come about years earlier when Benicio, 55, acted coy when questioned on the allegation.

After repeating the question posed by the interviewer, he said: “I kind of like, you know, I, well. I don’t know. Let’s leave that to somebody’s imagination. Let’s not promote it. I’m sure it has happened before. It might not be the last time either.”

Last month, the actress opened up on how fixing one beauty flaw made her more “confident”.

Speaking to InStyle magazine, she described how her “problem skin” left her wanting to fix the beauty world.

She told the publication that she had a revelation when she realised that she was putting lots of harmful things on her face – that were “harmful for myself and the planet”.

It led to her creating The Outset and she focused on the motto – less is more.

She said: “The Outset means a new beginning, which feels more relevant than ever at a time when we are all starting over and pressing the reset button.

“It took years for us to build a brand that was backed by quality and purpose, and I’m thrilled to finally share The Outset with the world.

“It’s an exciting beginning for me, as well.”

And she is pleased with how welcoming the industry has been.

Speaking on the podcast she admitted: “It’s actually quite transparent and welcoming and warm and inviting…And people have a lot of respect for one another. It’s not cutthroat at all. Not in the way that I thought it might be.”

Ukraine launches probe over mine death