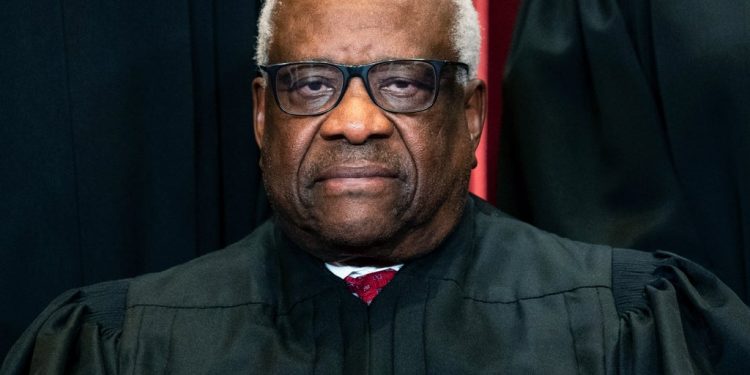 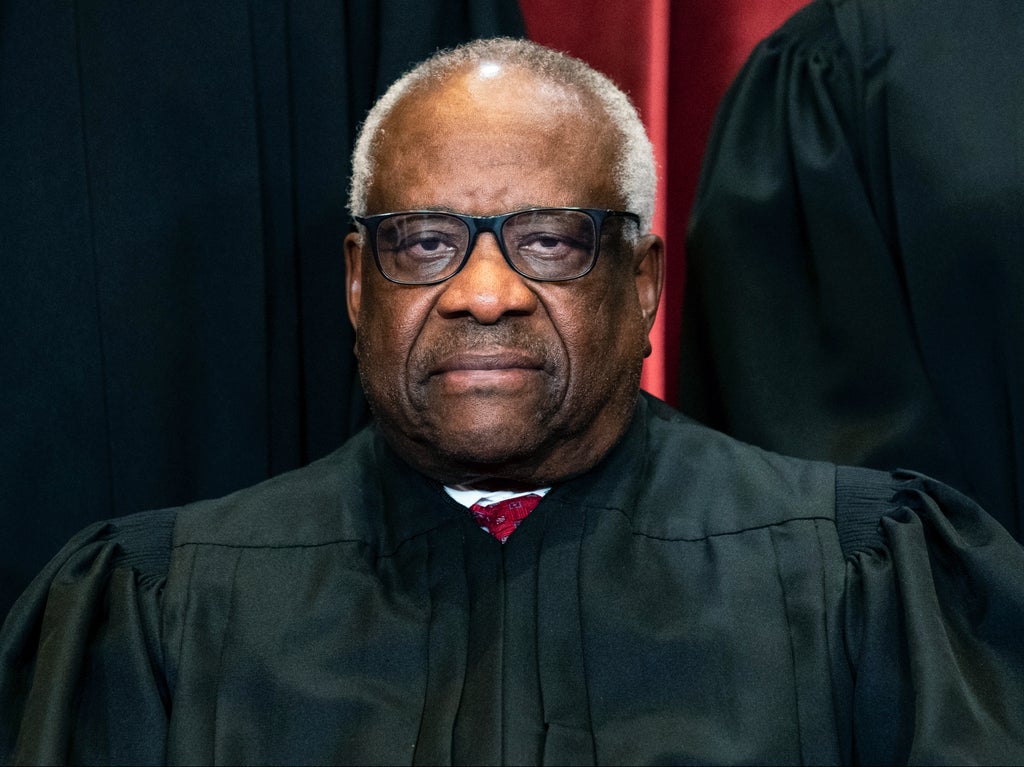 Senate Majority Leader Chuck Schumer and a chorus of other Democrats called on Supreme Court Justice Clarence Thomas to recuse himself from cases related to January 6 after revelations that his wife Ginni sent numerous messages to Donald Trump’s White House Chief of Staff about overturning the 2020 election.

Mr Schumer made the remarks during the Senate Democrats’ weekly press conference after The Washington Post and CBS News reported that Ms Thomas, a longtime conservative activist, sent repeated messages to Mark Meadows to overturn the 2020 presidential election.

“First, I do think he should recuse himself,” he said. “The information we know right now raises serious questions about how close Justice Thomas and his wife are to the planning and execution of the insurrection.”

The New York Democrat added that there should be some kind of code of ethics for Supreme Court justices. Mr Schumer said this despite the fact that New York Representative Alexandria Ocasio-Cortez tweeted that Mr Thomas should resign and that if not, “his failure to disclose income from right-wing organizations, recuse himself from matters involving his wife, and his vote to block the Jan 6th commission from key information must be investigated and could serve as grounds for impeachment.”

But Mr Schumer is not the only Democratic Senator afraid to pull the trigger on impeachment.

When asked whether Mr Thomas should be impeached, Senator Sherrod Brown of Ohio, said that he should recuse himself.

“No, I think he should disqualify himself on some of these votes for sure,” he said. “I’m not a lawyer. I don’t follow the court enough to know what specific cases but anything that has to do with his wife’s advocacy that way, that publicly, that aggressively, he should recuse himself.”

Senator Jon Tester of Montana, a state that voted for Donald Trump, repeated the sentiment.

“I think recuse himself on any issues that come forth about the election, absolutely,” he said.

Other Senators on the Senate Judiciary Committee were more taciturn. Senator Dianne Feinstein was mum when The Independent asked her about what should happen.

Senator Sheldon Whitehouse of Rhode Island, a member of the committee, was also reluctant to give a view.

“I don’t want to get ahead of my skis,” he told The Independentnoting his committee work.

But even Senator Elizabeth Warren of Massachusetts, a former Harvard Law School professor who has supported expanding the court, called for recusal.

“There is an appearance of conflict of interest,” she told The Independent. “The Justice has been in a position already to vote on an investigation that could involve his wife. He should recuse himself.”

But Ms Warren did not say that there should be a vote for impeachment.

“Right now, the Justice should announce that he will recuse himself from any participation in anything connected to the January 6 insurrection,” she said.