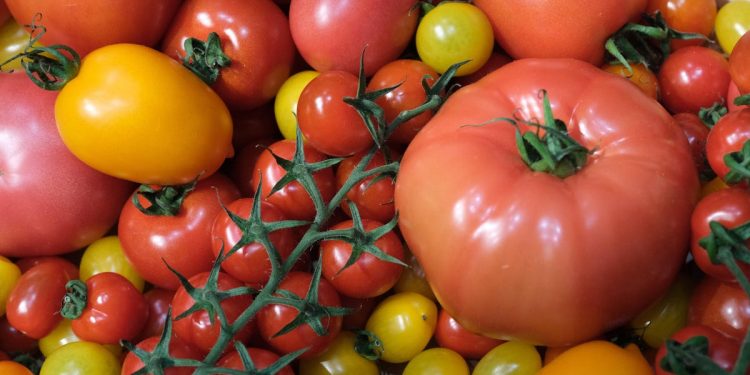 The tomatoes of the future could help boost your levels of the sunshine vitamin. Researchers in the UK say they’ve developed genetically edited tomatoes that can produce high levels of vitamin D with just an hour of ultraviolet light exposure. These edited tomatoes would ideally help provide a rich and plant-based source of the essential nutrient, which is commonly lacking in much of the population.

The edited plant was created by researchers at the John Innes Centre in the UK. They used CRISPR technology to knock out an enzyme that limits the production of a compound naturally found in tomatoes called 7-Dehydrocholesterol (7-DHC), or provitamin D3. Without the enzyme, the fruits and leaves of these tomatoes accumulated higher levels of 7-DHC.

When 7-DHC is exposed to ultraviolet B light (the short-wavelength light that causes sunburns), it turns into vitamin D3. The same process occurs naturally in human skin and is how we get vitamin D from going outside in the midday sun. After just an hour of UVB exposure, one single tomato contained as much vitamin D3 as two medium-sized eggs or 28 grams of tuna, two other well-known sources of the nutrient, the researchers found.

7-DHC is also a precursor to cholesterol and other important compounds in tomatoes, but research has shown that tomatoes can produce these compounds in other ways, lessening the risk that altering how 7-DHC is used would harm the plants somehow. And at least in this research, the editing process didn’t seem to negatively affect the growth or yield of these tomatoes.

“We’ve shown that you can biofortify tomatoes with provitamin D3 using gene editing, which means tomatoes could be developed as a plant-based, sustainable source of vitamin D3,” said study author Cathie Martin in a statement from the Centre. The team’s findings are published this week in the peer-reviewed journal Nature Plants.

While there are several natural and fortified foods rich in vitamin D, most sources are animal-based. These same sources are also used for supplements, which may dissuade some vegan people from taking them. So even the usually discarded leaves of these plants could provide a new source of supplementation.

Many people aren’t getting enough vitamin D in any form. Estimates vary, but as much as 1 billion people may be low or deficient in vitamin D. Low levels of the vitamin can then raise the risk of bone fractures and other health problems, possibly including a higher vulnerability to severe or fatal covid-19.

Promising as these CRISPR’d plants are, it will take further research to vet their potential and capability. According to New Scientist, larger trials are set to start this June in the UK, which will test out how much vitamin D3 these plants can produce under actual sunlight.