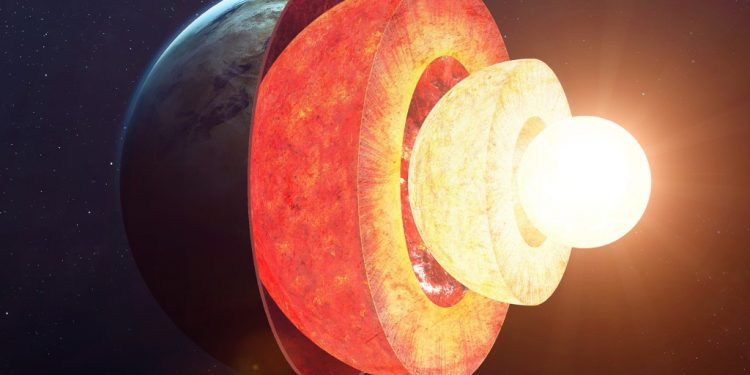 
Earth’s core is not solid nor liquid as we have long believed but something “quite abnormal,” scientists have claimed.

In fact, they believe it’s a weird mix of elements that make it a bit of both.

Or as experts have called it, a “superionic state.“

Deep within lies a concoction of “lighter” elements, alongside superheated solid and liquid states.

These include hydrogen, oxygen and carbon molecules, swirling around in a grid-like lattice of iron.

“It is quite abnormal,” Professor He Yu, who lead the research said.

Temperatures are thought to be well over 5,500 degrees celsius, which is around the same scorching heat you can expect on the Sun’s surface.

Scientists aren’t able to study the Earth’s core directly to make their findings.

So instead they cleverly turned to earthquake data.

But the discovery leaves more questions than answers.

Many curious minds are now wondering, “Why is it like this?”

Not least of all, it could help our understanding of the Earth’s magnetic field.

“I think more studies are needed to explain other seismic features, such as seismic anisotropy, in the inner core,” Professor Yu added.

The research was published in the Nature journal.

Why is Russia’s Vladimir Putin so obsessed with Ukraine?