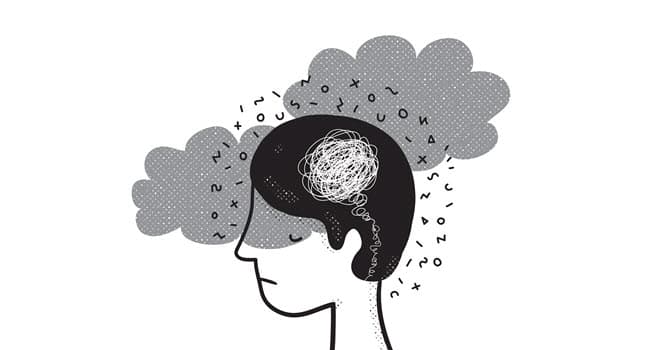 Feb. 10, 2022 — People with long-COVID “brain fog” may be able to recover mental abilities that were dulled or stolen from them by the virus through an approach that has improved the effects of stroke, traumatic brain injury, and other post-viral disorders, doctors and scientists say.

For a lucky portion of the population, COVID-19 lasts a handful of days with minor symptoms. But for an estimated 37% who contract the virus, symptoms can linger for weeks, months, or even years. One of the most common symptoms of long COVID is brain fog: a life-altering condition characterized by slow thinking, confusion, difficulty remembering things, and poor concentration.

A type of rehabilitation program that allows the brain to rewire itself has been successful in improving the lives of people with brain fog. The approaches are based on the concept of neuroplasticity: The ability of neural networks in the brain to change, adapt, and strengthen, much like a muscle in the body that has been trained and exercised.

“The brain’s ability to bounce back from injury is what neuroplasticity is, and I’ve worked with people in our rehab clinic who have had brain tumors or suffer the effects of surgery or radiation on the brain, and people who have had West Nile, HIV, and meningitis,” says Tom Bergquist, PhD, clinical neuropsychologist at Mayo Clinic in Rochester, MN. “There’s not a week that goes by that I don’t see someone recovering from COVID-19.”

One of the approaches used in the clinic is errorless learning, or having a patient with memory problems repeat information a certain number of times without error. The repetition helps rebuild those memory skills that were weakened during infection, Bergquist says.

People who have experienced brain fog after other viral infections have seen improvements with these approaches. Ben Ahrens, co-founder and CEO of re-origin — a company that offers neuroplasticity therapy — says he had long-term cognitive issues after a Lyme disease infection. Post-treatment Lyme disease syndrome, or chronic Lyme disease, occurs in about 1 in 10 people who are infected.

Ahrens says he was struck with Lyme 10 years ago and had brain fog, joint pain, and brain lesions detectable on scans for several years after infection.

According to Ahrens, neuroplasticity-based therapies help combat what researchers have found may be a lingering memory of past infections that lead to a heightened immune response, causing lingering symptoms.

“Essentially, what we believe is happening here, is the brain has learned that these symptoms are life-threatening — because, in fact, they can be,” Ahrens says. “The brain’s one job is to protect the body, and once it’s learned to associate these symptoms with that potentially very dangerous pathogen, even after it’s gone, things like a normal headache can trigger an immune cascade.”

Studies are underway at the University of Alabama at Birmingham to examine whether constraint-induced therapy — an approach rooted in neuroplasticity and historically used for loss of limb and speech function — is also effective for cognitive impairments like brain fog.

One technique they use is called shaping, which requires a person to repeatedly carry out their personal best function of impaired use — for example, remembering household tasks they have previously forgotten. That is done multiple times over several weeks in the clinic, and patients are given ways to transfer those skills to real-life use.

So far, the results are promising, says researcher and professor of psychology Edward Taub, PhD.

When used in the past for physical impairments, researchers have noted not just clinical improvements, but structural changes. It led to an increase in the brain’s gray matter — which allows individuals to control movement, memory, and emotions — and improved white matter, which helps communication between gray matter areas.

Though results of the cognitive studies have not been published, Taub says patients with brain fog have shown improvement after just 35 hours of therapy and are nearly 100% improved after 6 months.

“The idea behind this is that the brain is responsive to use,” Taub said. “The amount of brain territory that’s dedicated to supporting or mediating a given behavioral function depends on the demands placed on the brain.”

Citroen e-Berlingo: This ‘barn on wheels’ has a lot going for it