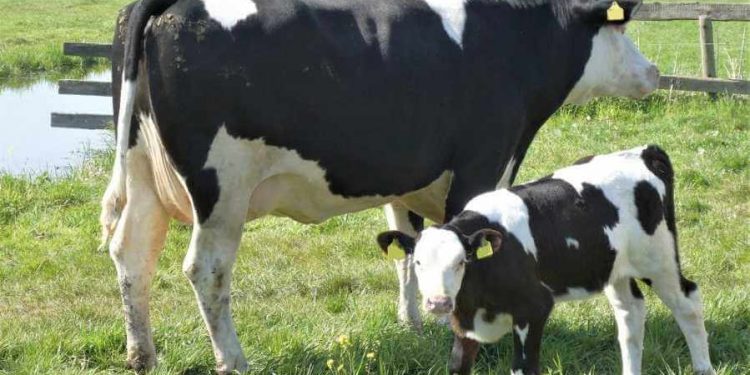 
A U.S. Department of Agriculture grant of nearly $637,000 will enable a team of Penn State and University of Pennsylvania researchers to study whether treating prepartum cows with an anti-inflammatory medication will reduce discomfort and inflammation and lead to improved health and higher milk production after calving.

The funding, from the Agriculture and Food Research Initiative sponsored by USDA’s National Institute of Food and Agriculture, will support the continuation of research led by Adrian Barragan, assistant clinical professor of veterinary and biomedical sciences in Penn State’s College of Agricultural Sciences.

An extension veterinarian, Barragan noted that stress and inflammation related to calving can increase the incidence of diseases such as mastitis, an infection of the udder, and clinical metritis, which is a bacterial infection of the uterus that can affect up to 40% of postpartum animals. Cows that are calving for the first time and those that experience a difficult calving are among those at risk of higher inflammation and postpartum disease.

Previous research conducted by Barragan and colleagues demonstrated that, when compared to untreated cows, dairy cows receiving a short course of acetylsalicylic acid — better known as aspirin — after calving had lower metabolic stress and a lower incidence of clinical metritis, while producing more milk. This was achieved using a regimen that could be adopted more easily by producers than previously studied treatment strategies.

However, Barragan explained, no research to date has explored the effects of administering aspirin to cows in the prepartum period as a preventive measure, which could be particularly important for cows at risk for higher inflammation. In addition, he said, studies have not elucidated how aspirin therapy might influence the rumen microbiome and rumen function.

“Our study will address these critical knowledge gaps,” Barragan said. “We will attempt to unravel new information on the mechanism of action of aspirin in reducing inflammation during the prepartum period by investigating the links between cow physiological parameters, inflammatory responses and the rumen microbiome.”

The team expects to identify factors that predispose cows to stress and cause inflammation, with an eye toward eventually developing targeted therapeutic applications, he added.

“We hypothesize that early therapeutic treatment with aspirin 14 days prior to expected calving date may modulate early inflammation, preventing the onset of an exacerbated inflammatory response around calving and altering the rumen microbial composition and its metabolites, which may improve cow response to dietary management changes during this period,” Barragan said. “Ultimately, we hope this will decrease the likelihood of cows developing diseases postpartum, while improving cow comfort and performance.”