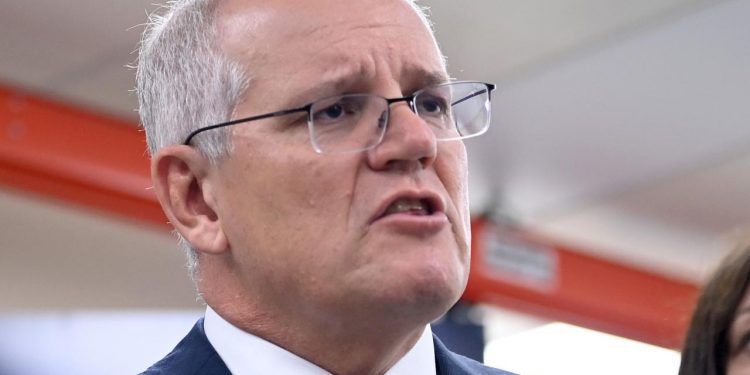 A former political rival of Scott Morrison, who accused the Prime Minister of “playing the race card” against him in a preselection battle 15 years ago, claims he has won the support of a serving cabinet minister,

Michael Towke claims the minister texted him a message of support over the weekend.

According to Mr Towke, the message stated “I believe you”, in regards to allegations of racial vilification by Mr Morrison that emerged last week.

Without revealing exactly who the cabinet member was, Mr Towke said they were someone he had never spoken to before who was more “aligned” to Morrison’s side.

“I’ve got text messages from a cabinet minister telling me ‘I believe you’ and ‘do what you need to do, just be careful’,” Mr Towke told Network Ten’s The Project on Wednesday.

The validity of Mr Towke’s account of the messages has not been confirmed.

Mr Towke beat Mr Morrison in the initial preselection ballot for the seat of Cook ahead of the 2007 federal election.

However, the Prime Minister ultimately won the right to contest the safe Liberal seat for the party and has remained its MP ever since.

One of the electorate’s suburbs is Cronulla, where just two years before the election, violent race riots had shocked the nation and the world.

Allegations emerged last week that Mr Morrison had told party members it would be risky to select Mr Towke because of his background as a Lebanese Australian and because of rumours he was a “Moslem”.

Towke was also publicly accused of breaching Liberal party rules by branch stacking and lying about his education history and military record, which he denies.

“Waking up to stories on the front pages that was based on fabricated material … I was numb,” Mr Towke said.

Mr Towke accused Morrison of being at the centre of the smear campaign.

“At the time he was desperate and it suited him to play the race card,” Mr Towke said.

“I’m not saying he is a racist, I don’t know him well enough, but he certainly used racism, Islamophobia, bigotry.”

He also explained Mr Morrison only won the seat because he was “coerced” by senior party officials to withdraw from preselection and “throw his votes behind” the current Prime Minister.

Mr Morrison has repeatedly dismissed the allegations as “bitter slurs” and said he would be willing to sign a statutory declaration testifying the allegations were untrue.

Mr Towke, who initially won the preselection comfortably, said those in the Liberal Party at the time robbed him of the opportunity to make history.

“It wasn‘t lost on me that I would have been the first Australian of Lebanese heritage to be a federal member of parliament on the Liberal Party side and that‘s a bit of history there which they stole from me,” he said.

Mr Towke said he was initially hopeful the story would “go away”.

“I have moved on, but the more that this is unfolding, and just watching the Prime Minister‘s very non-credible responses, I’ve chosen now to not remain silent anymore,” he said.

“Scott Morrison doesn’t have much credibility when it comes to the truth. He has been called out by his own side – Malcolm Turnbull, French President, Barnaby Joyce called him not only a liar, but a compulsive liar.”

A second text from former NSW Premier Gladys Berejiklian emerged on Tuesday, slamming the Prime Minister for being more concerned with “petty pointscoring” than human lives at the height of the deadly 2020 bushfires.

The texts between Ms Berejiklian and a mystery colleague within the party were linked by Channel 10 journalist Peter van Onselen, earlier in the year and saw the former Premier call Mr Morrison a “horrible, horrible person”.

Mr Morrison tried to claim that Ms Berejiklian had denied sending the text when speaking ABC’s 730, but was rebuffed, as she had only said she could not remember them.