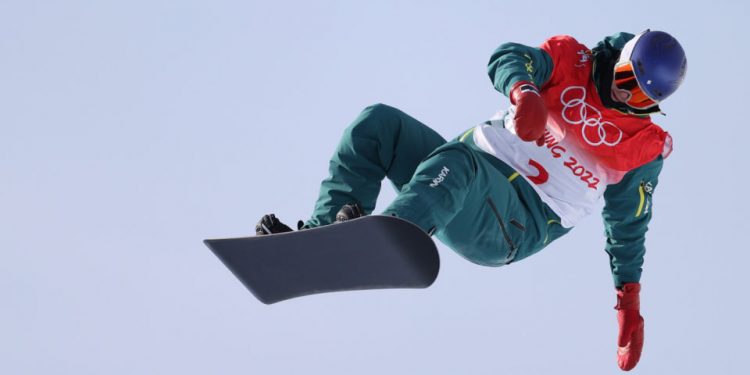 Japan’s Ayumu Hirano scored 96.00 with the last run of the final to snatch the gold medal from James on Friday afternoon (AEDT).

James held the lead after his outstanding second run, ahead of Hirano, before the tables were turned.

The gold medal came down to the third runs for James and Hirano, who held the top two spots.

He failed to nail his third run, meaning it came down to Hirano, the silver medallist at the last two Olympics.

Fellow Australian Valentino Guseli posted 75.75 with his first run to take second spot and improved to 79.75.

He also posted 79.75 in his third run to finish sixth.

James didn’t get off to the start he was after, falling on his second trick during his opening run – a switch back cav – and failed to post a decent score.

The pressure came off a little when Ayumu Hirano landed a game-changing frontside triple cork – the first in Olympic history.

But the high risk-high reward move didn’t pay off as he was then unable to complete his run and also landed way down the leaderboard.

The two men then cranked it up in the second run with four-time Olympian James delivering the run he was after, stomping two double cork 1440s as well as some stylish tail grabs to take the lead..

Hirano, who has won silver medals at the past two Olympics, went all out and landed the triple cork. But it wasn’t enough to top James’ technically superior effort and he sat second.

Guseli, making his Olympic debut, looked right at home with his first run, sitting in second spot behind American Taylor Gold (81.75) after posting a score of 75.75.

Guseli, aged just 16, then added another two points on his second outing in another solid outing to be among the pace-setters.

What the papers say – February 11

‘She was homeless and I was alone:’ I was befriended by a woman who moved into my home — she gradually stole $40,000 from me

‘She was homeless and I was alone:’ I was befriended by a woman who moved into my home — she gradually stole $40,000 from me