Sean Hannity suggests Vladimir Putin should be assassinated: ‘Cut the head of the snake off and you kill the snake’ 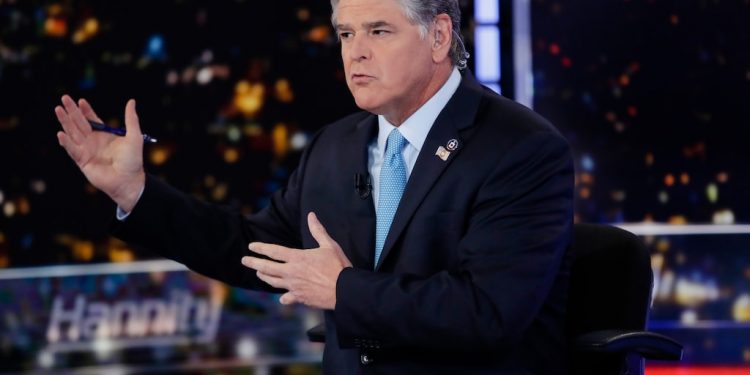 He continued, playing the part of someone who might question his wisdom: “ ‘Well, Hannity, we have an executive order that prohibits assassination of foreign leaders,’ and I’m like, ‘You cut the head of the snake off, and you kill the snake.’ ”

“And right now, the snake is Vladimir Putin,” Hannity added.

Rachel VanLandingham, a professor and national security law expert at Southwestern Law School in Los Angeles, told The Washington Post that while it’s “understandable to want such a war criminal off the world’s stage,” killing Putin would be a bad idea for several reasons. First, she said, assassinating the Russian leader would be unlawful and “plain old murder” unless the United States was at war with Russia. As Hannity himself noted, a 1976 executive order by President Gerald Ford prohibits the United States government from carrying out political assassinations — an order that remains in effect and has become long-standing U.S. policy.

But there are other considerations.

Would “eliminating Putin solve the current crises?” VanLandingham wrote in an email. “Putin didn’t do this alone, and what if this turned domestic Russian sentiment against the US?”

Moreover, she said, such a move could compromise the United States’ legitimacy.

“If the US wants respect for the rule of law on the international stage, it shouldn’t break it in such a spectacular fashion,” VanLandingham wrote. So assassinating Putin is “unwise on legal, policy, and rule of law grounds, but not unreasonable to ask the question and completely reasonable to want the result.”

Steven Fish, a political science professor at the University of California at Berkeley, said killing Putin would not solve much.

“If the Americans assassinate Putin, they will make him a martyr at home rather than allowing his cult of lies, impunity, arrogance, egomania, and inhumanity to undo him,” Fish said in an email. “There is no poetic justice in our assassinating Putin and doing so would not discredit Putinism in Russia and around the world.”

“We need to leave the honor of taking Putin down to the Russian people,” he added, “who do not want this war and have already begun to turn against him.”

During the same broadcast Wednesday, Hannity also suggested that NATO forces should strike the massive Russian military convoy of tanks and combat vehicles that has built up outside Kyiv.

“You know, if we can see on satellite imagery where the convoy is, I don’t know, maybe some smart country, maybe NATO, might take some of their fighter jets, or maybe they can use some drone strikes and take out the whole … convoy,” Hannity said. “And then nobody takes credit for it, so then Putin won’t know who to hit back.”

VanLandingham said that is a good strategy “only if NATO is willing to enter into” World War III.

“It is foolishly naive to believe that just because Putin doesn’t know who hit him he won’t respond with significant armed force against a NATO ally — look at the threats he’s already made,” VanLandingham wrote.

Furthermore, she said, even if such a strike did take place, Putin still has more tactical vehicles to replace whatever would be destroyed. “So how many strikes would it take?” she said. “Over how long?

“Enough to drag the striking party into war, sure seems.”