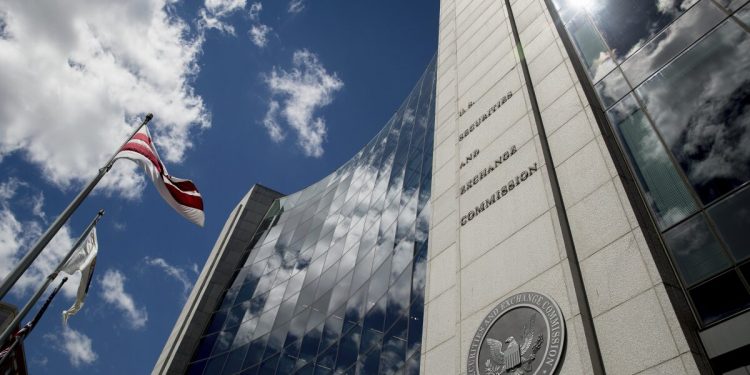 
The U.S. Securities and Exchange Commission is scrutinizing creators of nonfungible tokens and the crypto exchanges where they trade to determine whether some of the assets run afoul of the agency’s rules, according to people familiar with the matter.

A focus of the inquiry is on whether certain NFTs, digital assets that can be used to denote ownership of things such as paintings or sports memorabilia, are being utilized to raise money like traditional securities, the people said. Over the last several months, attorneys in the SEC’s enforcement unit have sent subpoenas demanding information about the token offerings.

The inquiry is the latest attempt by the SEC under Chair Gary Gensler to ensure the crypto market adheres to its regulations. In February, the commission and state regulators levied a record $100-million fine against BlockFi, a popular virtual-currency exchange, for failing to register products that pay customers high interest rates to lend out their digital tokens.

As part of its review, the SEC is seeking information on so-called fractional NFTs, which involve breaking down the assets into units that can be easily bought and sold, said the people, who asked not to be named as the investigation hasn’t been disclosed publicly.

The SEC declined to comment. Information requests from the regulator don’t always lead to enforcement actions.

The NFT market exploded last year, drawing attention for multimillion-dollar sales and buy-ins from celebrities, whom some of the assets depict. In addition to serving as representations of physical collectibles, backers of the tokens often tout their value as digital certificates of authenticity that can’t be replicated.

About $44 billion worth of crypto was sent to smart contracts on the Ethereum blockchain tied to NFTs during 2021, up from $106 million the year before, according to data from Chainalysis. As the market has boomed, some NFT marketplaces have taken steps to remove projects that might put them in regulators’ crosshairs, such as those that offer royalties or that involve raising funds for a business.

A key legal question is whether digital assets including NFTs are securities, and therefore subject to the same rules as stocks. Although the SEC has said that many tokens fall under its purview, some crypto enthusiasts argue regulations meant to police the equity markets shouldn’t also apply to virtual currencies.

The SEC applies the so-called Howey test, which comes from a 1946 U.S. Supreme Court decision, to decide whether something is a security. Under that framework, an asset generally falls under the agency’s remit when it involves investors kicking in money to fund a company with the intention of profiting from the efforts of the organization’s leadership.

As far as NFTs, even the SEC’s most crypto-friendly commissioner, Hester Peirce, has raised doubts. “Given the breadth of the NFT landscape, certain pieces of it might fall within our jurisdiction,” Peirce, a Republican, said in December on CoinDesk TV’s “First Mover.” “People need to be thinking about potential places where NFTs might run into the securities regulatory regime.”