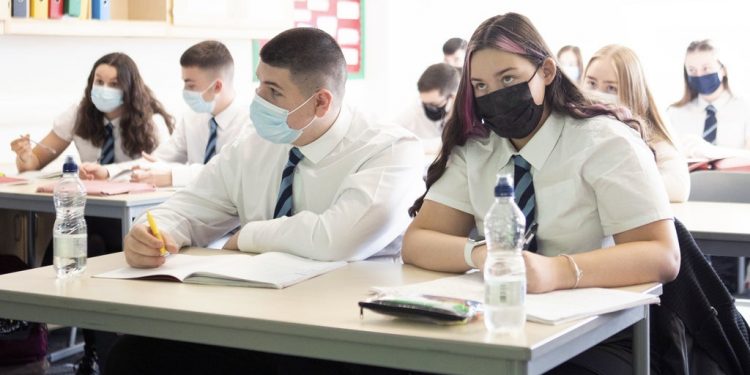 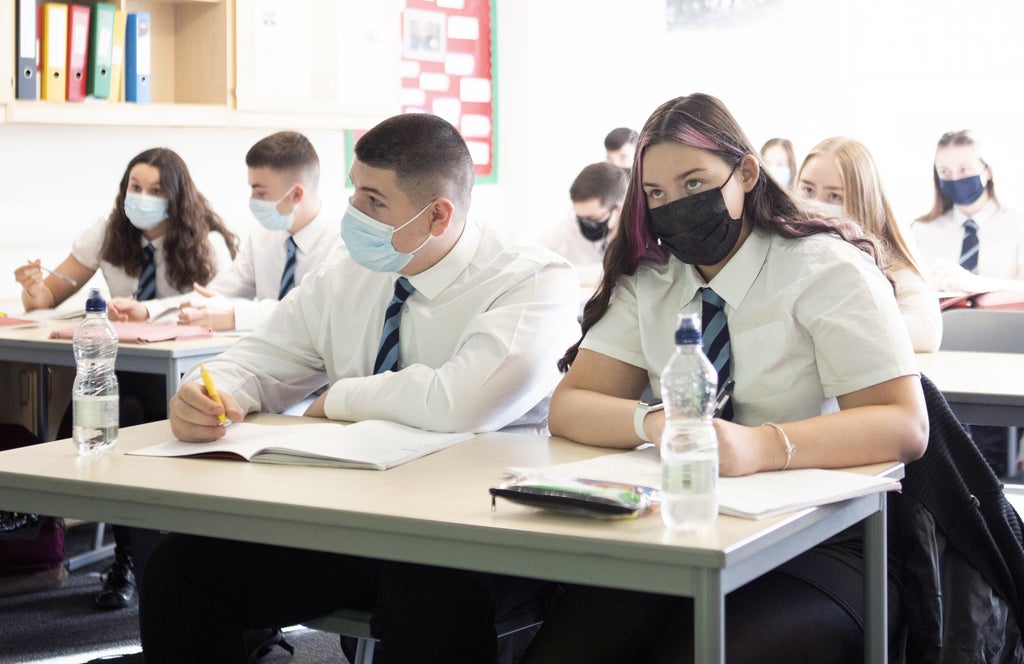 Secondary schools are being told to test all pupils for Covid on site before they return to classes this week, amid a union warning that staff are “nervous” that kits will run out.

Students and teachers should then test at home twice a week, new government guidance for England says – as should those at colleges and universities – to try to curb the spread of infections.

The advice comes as schools were given the go-ahead to keep pupils at home and return to online teaching if they have what the education secretary called an “impossible” shortage of teachers.

The move came after he announced the return of mask-wearing in secondary school classes, triggering criticism from some Conservative MPs.

The return-to-school plan also sees ministers making a renewed push to double-vaccinate 12- to 15-year-olds – amid Labour criticism that 2 million are yet to be jabbed at all.

All 16- and 17-year-olds are now eligible for booster doses, and ministers will “strongly encourage them to take up this offer when invited to do so”.

The Department for Education said that schools had ordered tests before Christmas, had received enough in anticipation of pupils returning, and that they would “be able to order additional tests through a separate supply route”.

Steve Chalke, the founder of Oasis Academy Learning, one of England’s largest chains, said the department had done a “great job” and that his schools had received the kits they needed.

But Paul Whiteman, general secretary of school leaders’ union the NAHT, said: “The difficulties the public have had in accessing lateral flow tests over the past few weeks have made many people nervous that they will not be available when needed for school staff and pupils.

“If lateral flow tests are to be critical to enabling pupils and staff to return to school quickly, then there must be a ready supply available for schools as they go back in January and throughout the term.”

Patrick Roach, general secretary of the teachers’ union NASUWT – which has raised concerns about a lack of ventilation in classrooms – said: “I think the reality is that tests are one part of the response to tackling this virus.”

Earlier, in his letter to education leaders, Mr Zahawi urged them to “do everything in your power to protect face-to-face learning for our children and young people”.

But he wrote: “If operational challenges caused by workforce shortages in your setting make delivery of face-to-face teaching impossible, I would encourage you to consider ways to implement a flexible approach to learning.

“Flexible delivery involves utilising all your available teaching and non-teaching workforce to maximise on-site education for as many pupils as possible, while you flexibly deliver provision either on site or remotely to some pupils.

“This should only be a short-term measure, and settings should return to full-time in-person attendance for all pupils as soon as practicable.”

Robert Halfon, chair of the Commons Education Committee, said he was worried about the “negative impact” of wearing face-coverings on young people’s mental health.

Separately, the Department for Education has reportedly told headteachers in England to combine classes to tackle Covid staff shortages.

The letter sent to schools on Sunday, seen by The Guardian, advises them to mix groups of students where necessary to avoid having to return to online learning.

“You may wish to use existing teaching, temporary and support staff more flexibly where required to ensure your setting remains open, while ensuring that you continue to have appropriate support in place for pupils with [special education needs and disabilities],” the letter reportedly said.

“As pupils do not need to be kept in consistent groups, you may wish to consider combining classes.”