See 4 planets line up with the moon in the predawn sky – Space.com 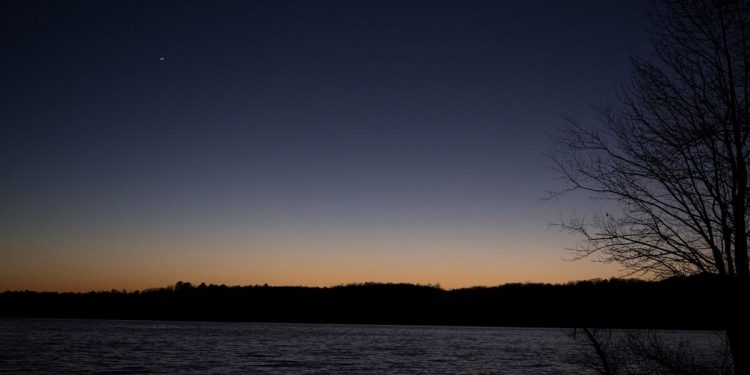 Four worlds are going to line up with the moon on Saturday (April 23), and it will be worth getting up early to see the show.

The moon will be in its last-quarter phase just to the right of ringed Saturn, and if you know where to look you can spot three more worlds with your naked eye. Mars, an orangey dot, will be below and to the left of Saturn. Then you will see bright Venus further to the left, and giant Jupiter at the leftmost end of the group.

Most of these worlds will be pretty bright, particularly Venus (magnitude -4.4), Mars (magnitude 1.1) and Saturn (0.9), notes Sky & Telescope. For perspective, most people can see stars as faint as magnitude 6 in the night sky, given dark enough conditions.

Related: The brightest planets in the night sky: How to see them (and when)

Binoculars or a telescope will show you a little more detail on most of these worlds. You can likely spot Saturn’s rings and some of the moons of Jupiter with most telescopes, for example. Venus, shrouded in clouds, will be featureless but much brighter. The biggest amateur telescopes may see a little texture on Mars.

If you take a photograph of the planets, let us know! You can send images and comments in to spacephotos@space.com.

We’re lucky to get many planetary and lunar alignments like this one. All of these naked-eye worlds orbit in the same approximate plane of the solar system, known as the ecliptic.

In fact, later this summer we’ll be lucky enough to see a more unusual alignment of five planets alongside the moon. The best shot will be between late June and early July. Such alignments only happen every few years, and last happened during opportunities such as 2020 and, before that, in 2016 and 2005, Michelle Nichols, director of public observing at Chicago’s Adler Planetarium, told Live Science.

Editor’s note: If you capture a stunning photo of the planets and would like to share it with Space.com for a story or gallery, let us know! You can send images and comments in to spacephotos@space.com.

How well is our immunity holding up against Covid-19? – CNN

How well is our immunity holding up against Covid-19? - CNN