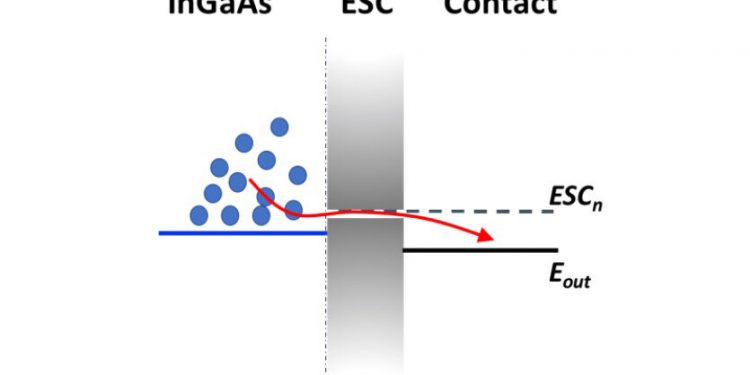 
For a greener and more sustainable economy, building better and more powerful solar cells is a key research goal within the clean energy sector. But, in a typical single-junction solar cell, performance is capped at what is called the Shockley–Queisser limit (a theoretical limit for the maximum efficiency that a solar cell can reach). Efficiency determines how much of the light energy (photons) absorbed by the solar cell can be converted into usable electric current. The Shockley–Queisser limit puts the maximum possible efficiency at 33.7 percent for semiconductor-based solar cells.

Over the years, scientists have explored and developed new paradigms for solar cell designs and materials, in attempts to inch closer to and even surpass this efficiency limit. They have not yet been successful, but the prospects are improving thanks to recent research.

Poor efficiency of solar cells can be due to many factors. One major reason is the thermalization of excess energy. During this thermalization, the excess energy absorbed by a charged particle (electron and hole) pair—that is, more energy than the particle needs to become mobile within the material’s structure and generate electricity—is lost to the lattice structure of the material as heat. Studies show that in a typical single-junction semiconductor solar cell, nearly 50 percent of the absorbed solar energy is lost to thermalization. If this energy could be captured and converted to electricity as well, solar energy would become a tremendously powerful sustainable resource.

Decades ago, two scientists, R. T. Ross and A. J. Nozik, proposed a new type of solar cell called the hot carrier solar cell (HCSC) in which this excess energy could be harvested before it was lost. In an HCSC, the idea is to isolate the particles carrying excess energy (hot carriers) and store them in the lattice structure such that the energy is not lost. Subsequent experiments have proven the possibility of isolating hot carriers. But no operational HCSC has been built to date.

Now, a report published in Journal of Photonics for Energy (JPE)by researchers from Arizona State University and the University of Oklahoma in the United States, led by David K. Ferry, presents the many conditions that must be fulfilled for a HCSC to be realized and explores ways to fulfill these conditions.

According to JPE Editor-in-Chief Sean Shaheen, “The paper elucidates a novel pathway to realizing hot carrier solar cells, which can exceed the typical efficiency limit on solar cells. The proposed pathway involves use of satellite valleys in the band structure of semiconductors, where hot carriers can be temporarily stored without losing energy. While it does not provide a complete solution to the problem, it provides a different way of understanding and designing hot carrier solar cells that could motivate other researchers to pursue specific device structures based on the concept.”

Semiconductors conduct electricity when a charged particle at a lower level of energy, called the valence band, gains enough energy to jump over across an energy gap to reach a high energy level, known as the conduction band, where it is free to move. The novel approach proposed involves isolating hot carriers within higher energy valleys—or local maxima—among the conduction bands. Ferry explains, “The valley photovoltaic approach helps by reducing the loss to heat by changing the kinetic energy of the particle into potential energy; that is, changing the form of energy from one that can be lost to one that is stored.”

The scientists were able to elucidate this approach in an indium-gallium-arsenide and aluminum (InGaAs/InAlAs) based semiconductor material that is sensitive to light, and therefore, a potential material for solar cells.

The paper presents the essential groundwork for future research on enhancing the efficiency of solar cells, opening doors to a potential third generation of solar cells that work very differently from existing ones and could break through the Shockley–Queisser limit, realizing the dream of Ross and Nozik.

A solar-powered economy is on the way, with a potentially brighter future for us all.