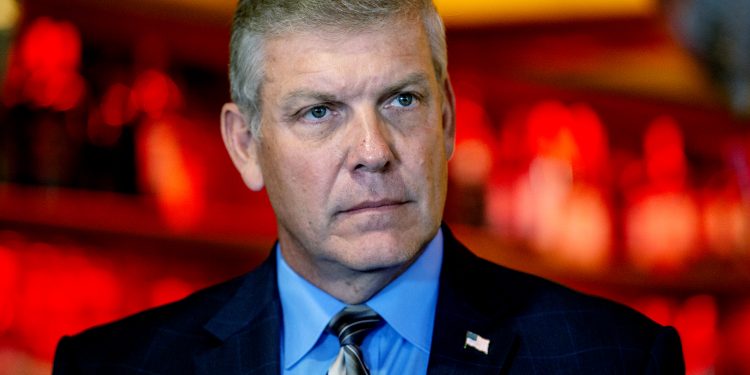 “The facts speak for themselves,” Davis and Loudermilk said. “[N]o place that the family went on the 5th was breached on the 6th, the family did not enter the Capitol grounds on the 6th.”

Questions about whether GOP lawmakers or aides led tours of the Capitol complex the day before rioters breached it raised urgent alarms in the days after Jan. 6, when a group of Democrats contended they’d witnessed suspicious groups of visitors. The presence of unknown visitors would have been particularly notable at the time because the Capitol complex was closed to public tours as a result of the coronavirus pandemic. Despite the closure, some lawmakers and staff brought guests into the complex under the guise of “official business” anyway.

But no evidence had emerged to support the initial Democratic allegations since the early days after the breach of the Capitol.

The committee noted in its letter to Loudermilk that Republicans on the House Administration Committee, including the lawmaker, had previously reviewed security footage from that day and claimed there were no tours, but Thompson and Cheney said the committee’s review of the evidence “directly contradicts that denial” that there were no tours.

Loudermilk previously led a group of Republicans in criticizing Democrats for accusing them of leading “reconnaissance tours” through the Capitol and filed a complaint with the House Ethics Committee against the group of Democratic lawmakers.

In their statement, Loudermilk and Davis also called on the U.S. Capitol Police to release surveillance footage from Jan. 5.

The Capitol Police said in a statement: “The USCP has cooperated extensively with the January 6th Select Committee and the Department of Justice by providing witnesses, documents, and 14,000 hours of security sensitive camera footage. We cannot make additional public statements or provide any of the materials while their work is still pending.”

The 14,000 hours of footage are limited to Jan. 6 itself, though, and it’s unclear whether the department has provided footage from the prior days.