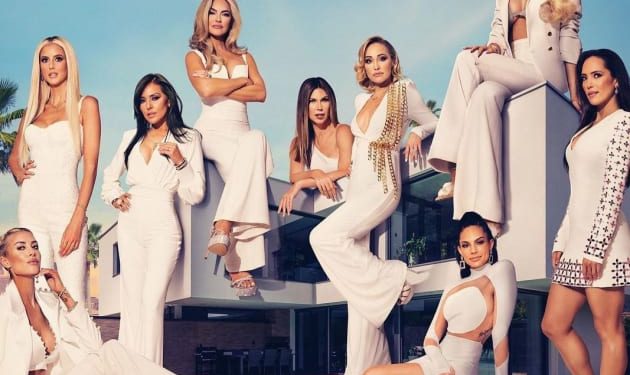 Selling Sunset is on its way back.


And then one more time after that, too.


Netflix has announced a renewal of its uber popular reality show not just for Season 6, but also for Season 7, confirming the surprising/awesome news on Sunday night.


“Everyone is very excited,” an insider told Us Weekly of the development.


Selling Sunset made its debut in March 2019.


It chronicles the lives of real estate agents at the Oppenheim Group in Los Angeles, focusing not just on the incredible properties up for sale across this U.S. city… but also on the personal lives of the aforementioned agents.


Season 4 gave viewers an up close and personal look at the conflict between Christine Quinn and newcomer Emma Hernan, both of whom dated the same man before they appeared on the program.


Quinn, for her part, said that she was engaged to Peter Cornell when he left her for Hernan, Emma alleged this was never the case.


“They were never engaged, he made that very clear,” Hernan told Us Weekly in December 2021, adding at the time:


“He was laughing when it was mentioned, and everyone knows that. It’s not even negotiable because there’s literally zero percent chance.”


In other dating news, a few months after Season 4 dropped, Chrishell Stause and Jason Oppenheim went public with their own romance.


It sounds like Season 5 will tackle this relationship in more depth, but it came to an end after just a brief period of time.


“While Chrishell and I are no longer together, we remain best friends we will always love and support one another,” Oppenheim wrote via Instagram last month.


“She was the most amazing girlfriend I’ve ever had, and it was the happiest and most fulfilling relationship of my life.”


In her own post about the split, Stause explained that the couple had difficulty agreeing about whether to have kids.


“Jason was and is my best friend, and other than our ideas for family ultimately not being aligned, the amount of respect and love we have for each other will not change going forward.


“Men have the luxury of time that women don’t and that’s just the way it goes.”


We can’t yet confirm a premiere date for Selling Sunset Season 5, while Us Weekly reports there will be a bit of a break in filming before Seasons 6 and 7  get underway.