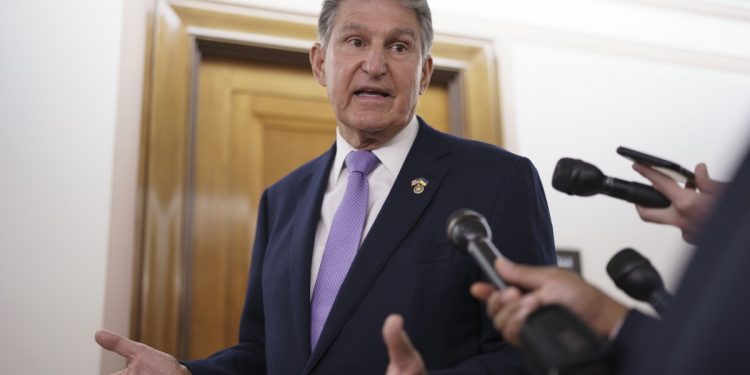 In an unexpected turnabout, Sen. Joe Manchin III announced Wednesday that he and Senate Majority Leader Charles E. Schumer had reached an expansive agreement on healthcare costs, energy and climate issues, taxes for higher earners and large corporations and federal debt reduction, a deal that had eluded them for months.

Manchin (D-W. Va.), whose resistance had long derailed sweeping legislation on those issues, abruptly revealed the agreement with Schumer (D-N.Y.) in a news release. It provided virtually no details on the accord.

The senator, one of the most conservative Democrats in Congress, just last week said he would agree this month only to far more limited legislation curbing prescription drug costs and extending federal subsidies for healthcare costs.

He said he was open to considering a broader compromise on environment and tax issues after Congress returns from a summer recess in September, an offer that many Democrats thought dubious.

There was no immediate explanation why Manchin had suddenly agreed to the far broader package. In December, his resistance derailed a wide-ranging $3.5-trillion, 10-year social and environment bill that was President Biden’s top domestic priority.