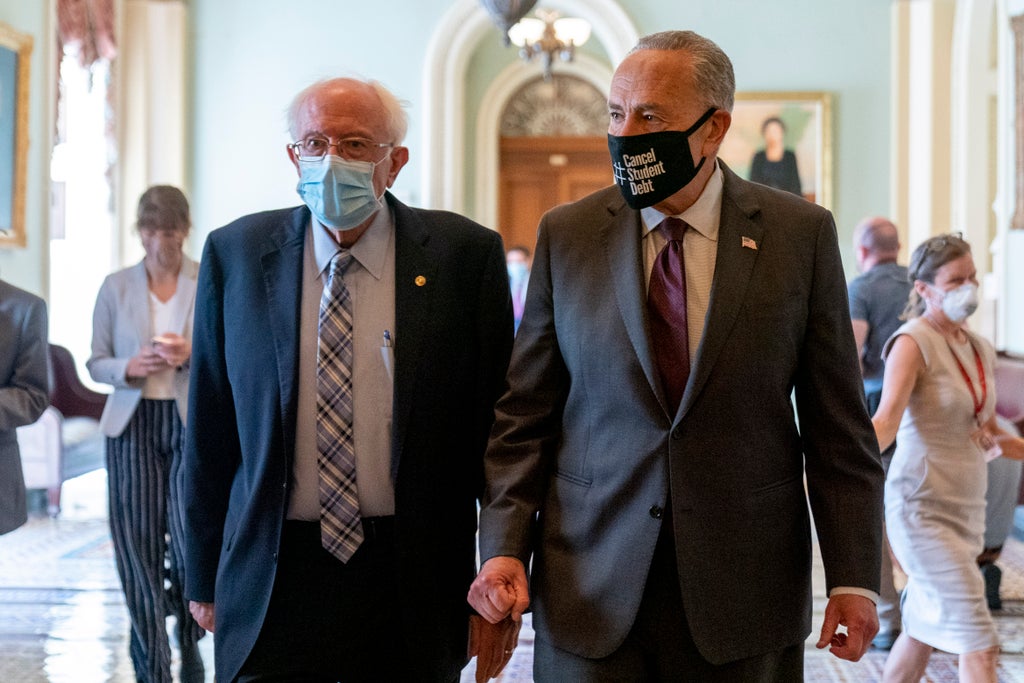 The measure is a pivotal first step in what will likely be a tumultuous, months-long Democratic legislative march toward a progressive reshaping of the federal government that also hews to President Joe Biden s top domestic policy ambitions.

The blueprint released Monday reflects many Democrats’ tilt leftward in the wake of Donald Trump’s presidency and bears the imprint of Senate Budget Committee Chairman Bernie Sanders I-Vt., a longtime progressive voice now at the hub of the Democratic Party’s power structure in Congress.

Many of its proposals would be financed by raising taxes on the wealthy and large corporations while sparing people earning under $400,000 annually, an oft-repeated Biden pledge and liberal goal. Though party leaders say the measure will be fully paid for, the budget resolution does not require that, instead giving Congress’ tax-writing committees unspecified license to raise money that a summary calls “substantial.”

The Senate was expected to approve the budget plan this week over solid Republican opposition. Meanwhile, senators were nearing approval of a separate $1 trillion package financing road, water and other infrastructure projects, a bill with broad support.

The vote on that bipartisan plan was scheduled for Tuesday morning. After that, the Senate will immediately launch votes on the $3.5 trillion plan.

Crucially, congressional approval of the budget outline would let Democrats pass a detailed follow-up bill this fall enacting the blueprint’s proposed spending and tax changes without facing a GOP filibuster that would certainly kill it. It would take 60 votes to end those delaying tactics, an impossible hurdle on a sharply partisan issue in today’s 50-50 Senate.

It is unclear when the House, now on summer recess, will vote on the budget. House Speaker Nancy Pelosi, D-Calif., praised it as “a clear declaration of the value that congressional Democrats place on America’s workers and families.”

The budget outlines expanding Medicare coverage to dental, vision and hearing benefits and lowering the program’s eligibility age below its current 65, though the age reduction would be costly and is considered a long shot to survive. The children’s tax credit, expanded during the pandemic to provide millions of families with $300 monthly checks, would be extended beyond its current 2022 expiration. Other tax breaks for some low-earning workers and for child care would also be renewed.

Unveiled the same day the United Nations warned of a “code red for humanity” because of rapid climate heating, the fiscal plan would unsheathe a vast effort to move the U.S. toward clean energy. That would include a new tax on imported fuels that spew carbon emissions, federal aid for clean energy developers and investments in low-polluting vehicles.

“The question is not complicated,” Sanders said Monday of the budget plan. He asked if lawmakers have the courage to make special interests pay a “fair share of taxes so that we can create millions of good paying jobs for working families, so we can protect our children, protect the elderly, and address the threat of climate change.”

In one illustration of hurdles ahead, around $198 billion of the blueprint’s climate proposals would have to move through the Senate Energy and Natural Resources Committee. That panel is chaired by West Virginia Sen. Joe Manchin a centrist and staunch defender of his state’s energy interests who has pointedly warned that he supports an energy policy that’s “not elimination, it’s innovation.”

Following the budget outline, the $3.5 trillion spending and revenue bill is certain to cause agita for Democratic leaders as they struggle to find a sweet spot between the demands of their party’s competing progressive and moderate factions, with each having decisive leverage.

Besides the evenly split Senate, which only Vice President Kamala Harris’ tie-breaking vote lets them control, Democrats can lose no more than three votes in the narrowly divided House.

Moderates back the $1 trillion package financing road, water and other infrastructure projects that the Senate was on the cusp of approving. Progressives are strongly behind the huge social and environment plan, and each group is worried that disagreements will result in the other scuttling its favored measure.

Democrats revealed their budget as the Senate was on the cusp of approving the smaller compromise infrastructure measure. That bill, another Biden priority, was garnering significant support from Republicans eager to bring some public works spending to their home states.

But the GOP was united against Democrats’ larger $3.5 trillion plan, calling it laden with overspending and tax increases that would wound the economy and burden families.

With an eye to 2022 elections for congressional control, Republicans were readying amendments that would force Democrats to vote on politically delicate issues including immigration, crime and inflation. They were also amplifying their often-used theme of accusing Democrats of socialism.

“They’ve set out trying to tax and spend our country into oblivion,” Senate Minority Leader Mitch McConnell, R-Ky. “They’ve handed the keys to domestic policymaking to Chairman Sanders and some socialist House members.”

Democrats’ budget blueprint seeks extensions of federal subsidies for people buying health insurance through President Barack Obama’s 2010 health care law, and money would be provided for states that haven’t yet expanded Medicaid coverage. There would be a first-ever federally paid family leave program, and some pre-kindergarten and two years of community college would be tuition-free.

It would also open a path for millions of immigrants in the U.S. illegally to move toward citizenship, and allow language strengthening enforcement of labor laws. Such provisions will have to pass muster with the Senate parliamentarian, who can bar provisions that are not primarily related to the budget.

The budget plans additional savings by letting the government negotiate lower prices on the pharmaceuticals it buys for Medicare recipients. It also seeks to strengthen the IRS so it can collect more unpaid taxes, though analysts are wary of the savings lawmakers might claim because estimates of that proposal’s impact vary widely.

The fiscal plan also suggests easing a ceiling on federal deductions people can take for their state and local taxes, a contentious proposal among Democrats. Relaxing those limits is a top priority for high-tax states, such as in the Northeast, but it would cost the government billions annually, making it harder for Democrats to finance other priorities.

The measure has no language extending the federal debt limit, the ceiling on government borrowing that has already expired. The Treasury Department is using accounting maneuvers to keep the government paying its bills, but Republicans have vowed to vote against extending the borrowing cap, and that battle will be joined on other legislation.

Gov. Ron DeSantis Threatens to Withhold the Paychecks of School Board Members Who Defy His Mask Ban 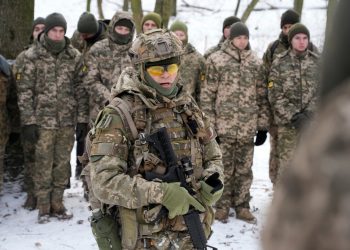