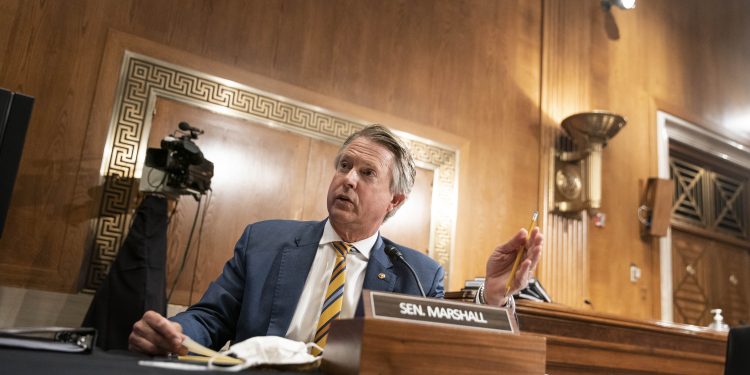 
Republicans brought the bill to the floor using a technical process under the National Emergencies Act, which allows for a simple majority floor vote if the committee of jurisdiction fails to take up the bill within two weeks. Given several absences on the Democratic side of the aisle — with some members out sick with Covid and others mourning the death of a relative — the measure was able to pass.

“The robust powers this emergency declaration provides the federal government are no longer necessary and Congress must debate, and ultimately repeal them, in order to begin the process of unwinding the powers the government took hold of during the peak of the crisis,” Sen. Roger Marshall (R-Kan.), the effort’s leader, said in a speech on the Senate floor.

Democrats blasted the effort as a threat to the country’s ongoing work to contain the pandemic — pointing out that, should the bill become law, it could halt a host of Covid-19-specific policies and protections.

“The best way to ensure that we keep schools open and cases low is by staying at the ready, and that is what these emergency powers enable us to do,” Senate Majority Leader Chuck Schumer said in a floor speech. “By prematurely terminating the national emergency declaration on COVID, it will be harder to ensure we have enough supplies, enough support for health care workers, and it risks throwing tens of millions of student loan borrowers into needless uncertainty and anxiety.”

The White House on Thursday pledged to veto the bill if it reached Biden’s desk, calling the GOP attempt to terminate the pandemic emergency declaration “a reckless and costly mistake.”

Republicans have recently used a different procedural tactic to pass two bills through the Senate, voting to repeal Biden’s vaccine mandates for large corporations and for health care workers. Neither made it through the Democratic-controlled House. The Supreme Court recently blocked the mandate for businesses but upheld the rule for health workers.