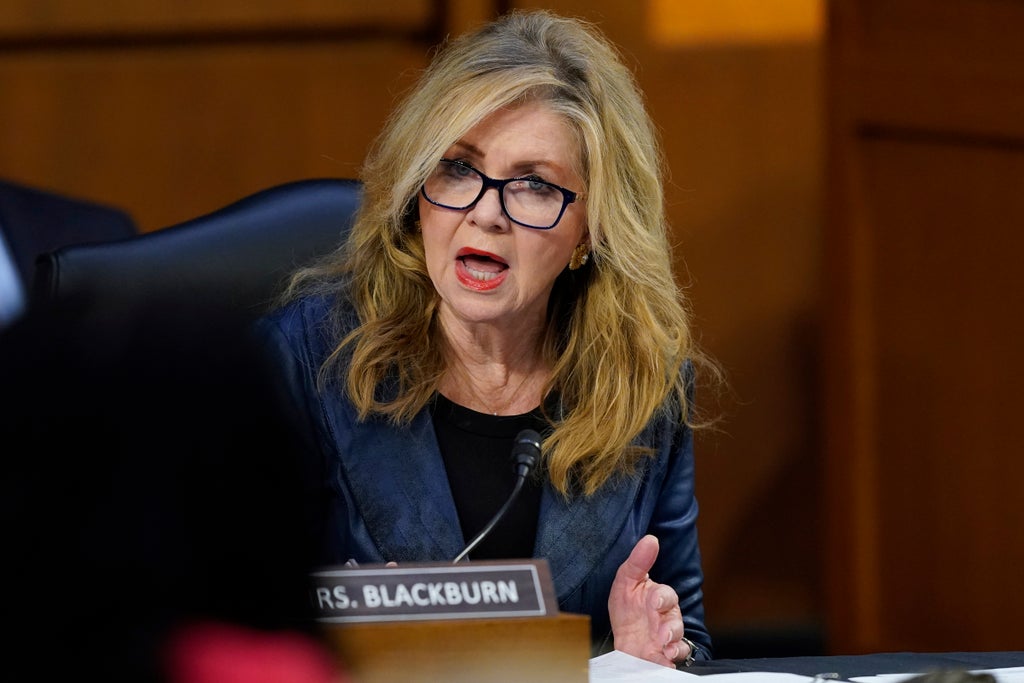 US Senator Marsha Blackburn spent her time during the Supreme Court confirmation hearing for Judge Ketanji Brown railing against abortions, but she failed to show even a basic understanding of American history when she later tweeted about the issue.

During Ms Jackson’s confirmation hearing, Ms Blackburn attacked the judge’s alleged record on abortion, going so far as to call landmark Supreme Court case Roe v Wade “one of the most brazen acts of judicial activism” in US history.

Ms Blackburn then took to Twitter on Wednesday to continue lashing out at abortion, but managed to mix up her founding historical American documents.

It’s unclear if Ms Blackburn she was simply careless in her tweet. As of Thursday afternoon her tweet has not been deleted. Naturally, commenters took Ms Blackburn to task for her mixup.

During the confirmation hearing, Ms Blackburn also railed against “progressive education” with regards to issues of transgender rights. She asked Ms Jackson to define the word “woman”, and when Ms Jackson replied that she wasn’t a biologist, the senator lashed out at more inclusive definitions of women that embrace trans individuals.

Ms Blackburn replied to Ms Jackson that “the fact that you can’t give me a straight answer about something as fundamental as what a woman is underscores the dangers of the kind of progressive education that we are hearing about”.

The senator received criticism for the line of questioning she took with Ms Jackson and her focus on culture war issues rather than the judge’s qualifications to serve on the US Supreme Court.

A pair of pastors from her home state of Tennessee expressed embarrassment with her actions. “While most Senators in the Judiciary Committee focused on the qualifications and experience of Judge Ketanji Brown Jackson, our Senator Marsha Blackburn’s line of questioning was inappropriate and irrelevant, and as a Christian, pastor, and Tennessean, I was embarrassed by her public behavior,” Reverend Brandon Berg wrote.

Revered Billy Vaughn, a retired United Methodist pastor, said that Ms Blackburn “took past statements by the nominee grossly out of context solely to make political points,” according to Fox17.

“Those points had nothing to do with either the truth of the statements or the qualifications of Judge Jackson. Contrary to Senator Blackburn’s suggestion that Judge Jackson had an ‘agenda,’ the opposite was clearly the case,” he said. “That Senator Blackburn rudely and consistently interrupted Judge Jackson when she tried to answer the legal and judicial issues involved suggests that the Senator’s primary agenda was creating sound bites for her political base.”