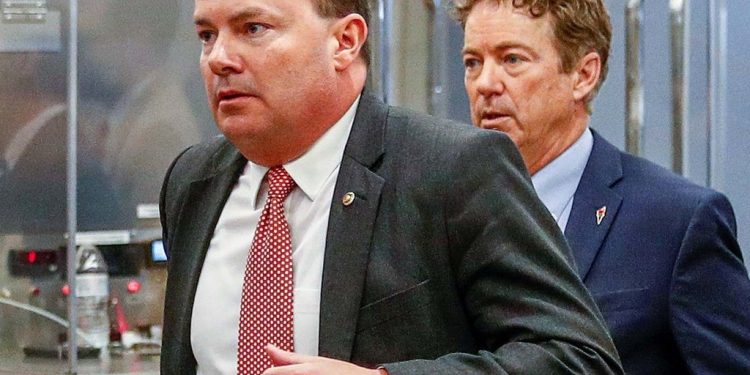 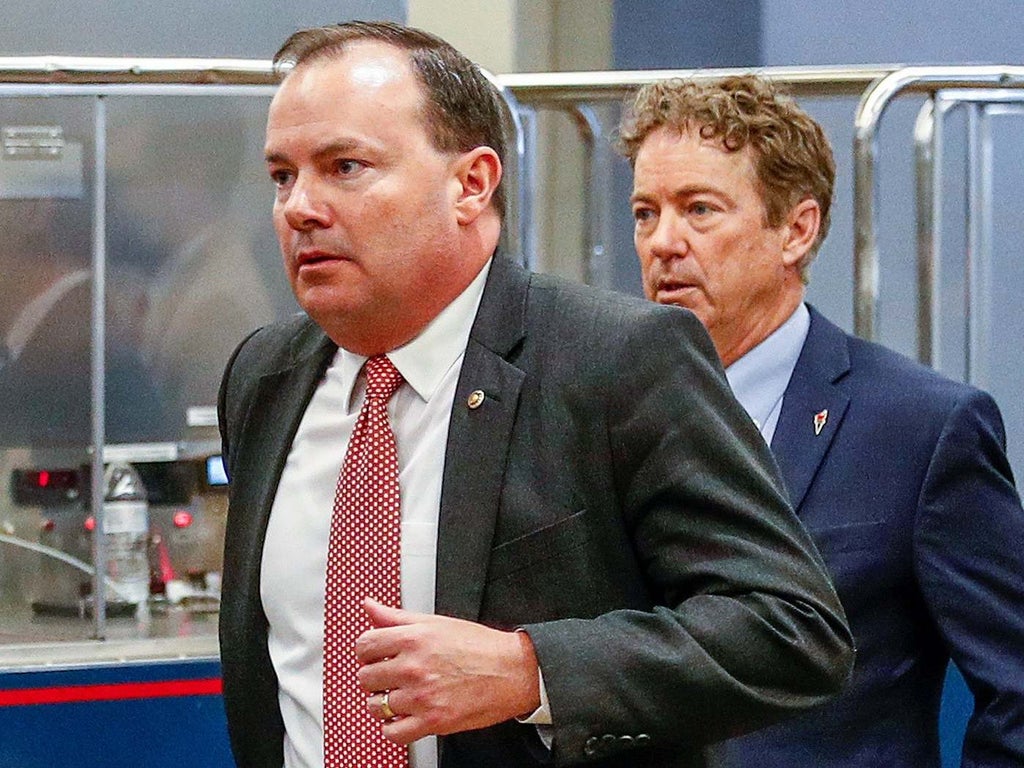 Newly revealed text messages turned over to the House January 6 Select Committee show Utah senator Mike Lee initially supported former president Donald Trump’s push to install himself in the White House for a second term against the wishes of American voters, but warned that the plan could go horribly awry when none of the proof of election fraud promised by Mr Trump ever materialised.

Mr Lee, a Republican who once served as a law clerk for US Supreme Court Justice Samuel Alito, first encouraged then-White House Chief of Staff Mark Meadows to find a way to overturn the 2020 election results on 7 November, the day President Joe Biden was declared the winner of the 2020 election by most news outlets.

The Utah Republican sent Mr Meadows a series of text messages offering “unequivocal support” for Mr Trump and his allies to “exhaust every legal and constitutional remedy at [their] disposal” in order to “restore Americans faith in our elections”.

At the time, no serious allegations of fraud had emerged, but Mr Trump had been claiming the election had been stolen from him since the night of the 3 November election.

Still, Mr Lee told Mr Meadows: “This fight is about the fundamental fairness and integrity of our election system. The nation is depending upon your continued resolve”.

That same day, he began lobbying Mr Meadows to provide White House access to Sidney Powell, a Texas attorney and conspiracy theorist who had been floating outrageous tales about voting machines manufactured by Dominion Voting Systems, alleging that they were based on software created at the behest of deceased Venezuelan dictator Hugo Chavez with the express aim of rigging elections.

Such claims were and are baseless and are currently the subject of multiple defamation lawsuits filed by Dominion, including one against Ms Powell.

But at the time, Ms Powell’s conspiracy theories were gaining traction in conservative media circles, where she was already a celebrity of sorts through her prior representation of Mr Trump’s disgraced national security adviser, Michael Flynn.

Mr Lee wrote to Mr Meadows to advise him that Ms Powell had been trying to meet with Mr Trump but was “being kept away from him” by persons unknown.

He provided her mobile phone number and email address and added: “Apparently she has a strategy to keep things alive and put several states back in play. Can you help get her in?”

Two days later, he once again advocated for Ms Powell in another text message to Mr Meadows, calling her a “straight shooter”.

At the time, Ms Powell drew attention for her outlandish claims regarding Mr Chavez and her claims to have uncovered “massive influence of communist money through Venezuela, Cuba, and likely China in the interference with our elections here in the United States”.

She also alleged that Dominion and other voting machine builders were tied to George Soros and the Clinton Foundation.

Several hours after the press conference, Mr Lee again wrote to Mr Meadows to say he was “worried about the Powell press conference” and warn that the “potential defamation liability” for Mr Trump “personally” and his campaign was “significant” unless Ms Powell could “back up everything she said,” adding that he “kind of doubt[ed]” that she could.

Having soured on Ms Powell, Mr Lee turned his efforts to pushing Mr Meadows to engage with John Eastman, a conservative law professor who had been floating theories positing that then-Vice President Mike Pence could unilaterally reject electoral votes from swing states won by Mr Biden during the 6 January 2021 joint session at which Congress was to certify Mr Biden’s victory over Mr Trump.

But by mid December of 2020, Mr Lee appears to have soured on his own plan.

On 16 December — roughly three weeks before the final certification — he reached out to Mr Meadows about plans for lawmakers to challenge electoral votes from states won by Mr Biden.

“If you want senators to object, we need to hear from you on that ideally getting some guidance on what arguments to raise,” he wrote. “I think we’re now passed the point where we can expect anyone will do it without some direction and a strong evidentiary argument”.

No such evidentiary arguments ever emerged beyond the conspiracy theories floated by Ms Powell and Mr Giuliani — theories which were resoundingly rejected by more than 60 federal courts — and by 3 January, just three days before a pro-Trump mob attacked the Capitol during the joint session, Mr Lee was warning Mr Meadows to call the whole plan off because no state had submitted legitimate slates of alternate electors for Mr Trump.

“I only know that this will end badly for the President unless we have the Constitution on our side,” he wrote. “And unless these states submit new slates of Trump electors pursuant to state law, we do not”.

Ultimately, Mr Lee was not among the senators who voted against certifying Mr Biden’s win. But two of his GOP colleagues, Josh Hawley of Missouri and Ted Cruz of Texas, had already announced plans to do just that.

Mr Lee warned Mr Meadows that he had “grave concerns” the way Mr Cruz was “going about this effort”.

“This will not inure to the benefit of the president,” he added. He also wrote that the plan “could all backfire badly”.

In a statement to CNN, which first reported the content of the messages, Mr Lee’s communications director Lee Lornsby said the senator “has been fully transparent” about his view of Mr Trump’s push to overturn the election and noted that he had not voted against certification.