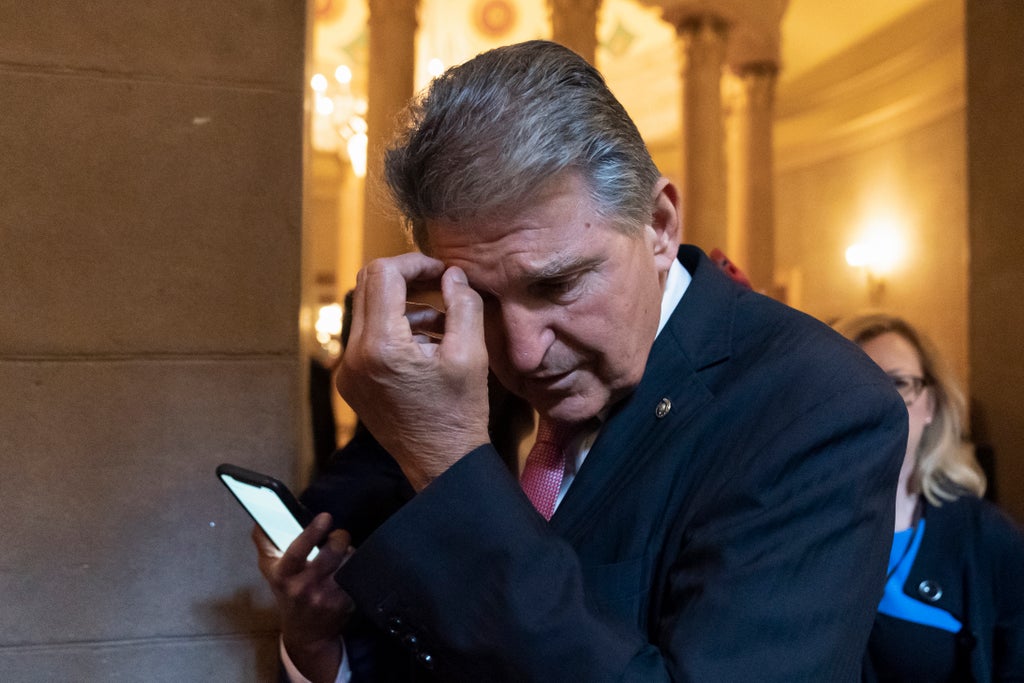 A bipartisan gang of senators is seeking President Joe Biden’s support for a $953 billion infrastructure plan, raising hopes for a breakthrough agreement after arduous negotiations on his top legislative priority.

Biden has invited members of the group of 21 senators, Republicans and Democrats to the White House on Thursday. The pared-down plan, with $559 billion in new spending, has rare bipartisan backing and could open the door to the president’s more sweeping $4 trillion proposals.

The senators have struggled over how to pay for the new spending. The tentative framework dipped by $20 billion after a shift in funds for broadband internet, according to details from a person familiar with the proposal who spoke on condition of anonymity to discuss the negotiations.

“We’re very excited about the prospect of a bipartisan agreement,” Pelosi said Wednesday night. The president’s press secretary, Jen Psaki, said Biden had called for the meeting at the White House and that the group had made progress “towards an outline of a potential agreement.”

One member of the group, Republican Sen. Rob Portman of Ohio, said it was time for the group to reach out to other senators for support.

“In good faith, we tried to get there. We didn’t agree on everything, but we were able to get there,” Portman told reporters on Capitol Hill as he left a Wednesday evening meeting with the other senators and the White House team.

With Republicans opposed to Biden’s proposed corporate tax rate increase, from 21% to 28%, the group has looked at other ways to raise revenue. Biden rejected their idea to allow gas taxes paid at the pump to rise with inflation, viewing it as a financial burden on American drivers.

Psaki said the senior staff to the president had two productive meetings with the bipartisan group at the Capitol. The White House team was huddled late into the evening with the Democratic leaders.

The White House said Pelosi and Schumer and the top administration aides agreed on Biden’s goal of infrastructure investments without raising taxes on anyone who makes under $400,000.

According to a White House readout of the meeting, the leaders talked with acting Budget Director Shalanda Young, National Economic Council Director Brian Deese and Domestic Policy Council Director Susan Rice, and they discussed the two-track approach ahead — a reference to the smaller bipartisan deal emerging from the group alongside a more sweeping plan of Democratic priorities that Congress is now drafting.

Schumer said the leaders “support the concepts” they have heard from the bipartisan negotiations.

The Democratic leaders also insisted on the two-part process ahead, starting with initial votes in July to consider the bipartisan deal and to launch the lengthy procedure for the Democrats’ proposal, now drafted at nearly $6 trillion.

The Democrats’ bigger proposal would run through the budget reconciliation process, which would allow passage of Biden’s priorities by majority vote, without the need for support from Republicans to overcome the Senate’s 60-vote threshold. It would require multiple rounds of voting that are likely to extend into fall.

Schumer said, “One can’t be done without the other.”

That’s a signal to both parties of the road ahead. Liberal Democrats have been wary of the bipartisan effort because they see it as insufficient and worry it will take the place of Biden’s bigger plan. Republicans are also skeptical of passing a bipartisan bill only to be faced with an even bigger Democratic plan.

What are the pros and cons of buying off-plan?

Dear Fiona: My boyfriend sent me a list of all the ways he says I need to change

Dear Fiona: My boyfriend sent me a list of all the ways he says I need to change