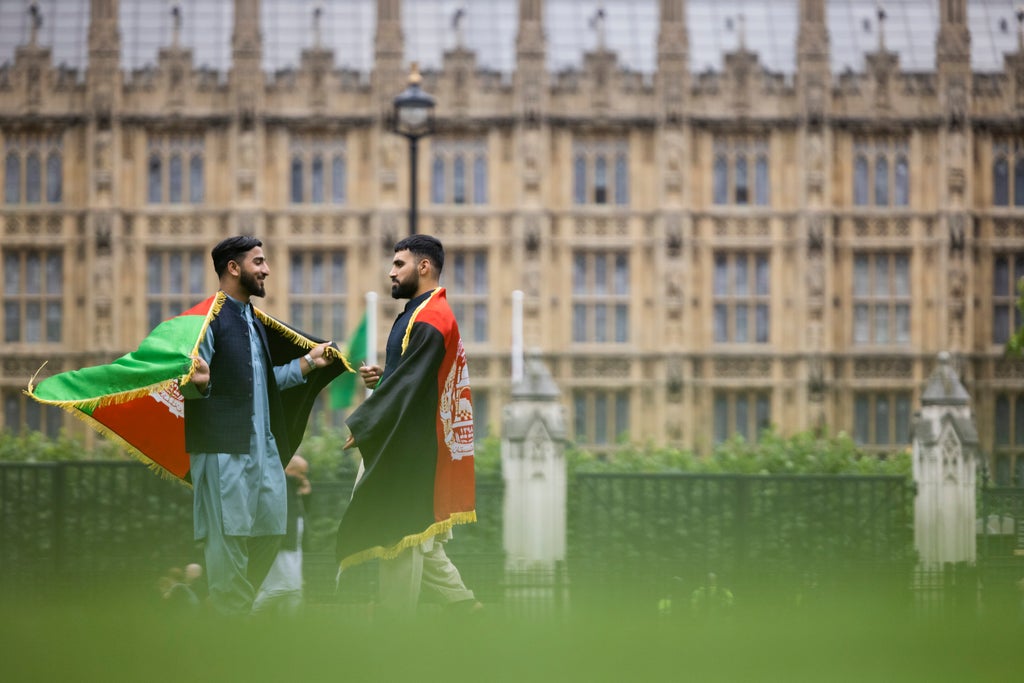 Senior Conservatives are urging Boris Johnson to launch a rapid independent inquiry into the 20-year mission in Afghanistan amid growing controversy over the government’s strategy for withdrawing from the region.

Seven days after the fall of the country’s capital to the Taliban insurgency, with scenes of chaos unfolding at Kabul international airport, one influential Tory MP warned: “We can’t pretend we have nothing to learn.”

Earlier this week, during an emergency debate in the Commons, the prime minister dismissed a call from the chair of the Defence Committee, Tobias Ellwood, for a “formal independent inquiry” into the UK’s conduct in Afghanistan.

However, a growing number of Conservatives believe an inquiry should be held in order to examine mistakes and for the government to learn lessons – piling pressure on Mr Johnson to act.

Former cabinet minister David Davis told The Independent there had been a “litany of disasters” over the past two decades in Afghanistan, saying: “Should there be an inquiry? Yes, there should.”

He said there was “bound” to be an internal government investigation, but suggested there was “scope for review not just of the military element, but the whole strategic handling of this – from beginning to end”.

Tom Tugendhat, who was applauded by MPs for the emotive speech he gave during Wednesday’s debate, told The Independent he backed demands for an inquiry.

“Tobias [Ellwood] is right,” he said. “We need an inquiry into an operation whose impact will continue to be felt around the world. We can’t pretend we have nothing to learn.”

Rory Stewart, who served as a minister in Theresa May’s government, said he had been pushing for an inquiry for eight years, insisting it had been “incredibly clear” an inquiry was needed “for a very long time”.

He suggested it should examine the combat operations between 2005 and 2014, the decision to withdraw from the region, and “what on earth” that decision suggests about Britain’s foreign policy – particularly in relation to the United States.

“The real thing that needs to be looked at is the absolutely astonishing, surreal, unnecessary decision to leave when there was no reason at why we couldn’t have stayed,” he stressed.

Despite being challenged on the matter by Mr Ellwood in the Commons on Wednesday, Mr Johnson said there had been an “extensive defence review” in regard to the combat mission in Afghanistan that effectively ended in 2014, adding: “I believe that most of the key questions have already been extensively gone into.”

Hours later, the prime minister’s official spokesperson told reporters: “There will be lessons to learn from this, and that is what we will do, but the prime minister has set out our reasoning for not having an independent review in the house.”

However, Mr Ellwood, who has served in Afghanistan, criticised the government’s approach, stressing that it was “completely wrong” to attempt to “push things into the past and hope that we move on” as he reiterated his call for an inquiry.

“We cannot just draw a line and move forward,” he told The Independent. “That would be absolutely wrong and would be an insult to all those people who served there and the families of those who didn’t return.”

The former minister at the Ministry of Defence said the inquiry would “absolutely not” be another Chilcot inquiry, which was estimated to cost more than £13m and did not produce its conclusions on the Iraq war for seven years.

“What you want is a maximum six-month inquiry, essentially to provide an overall study so that genuine lessons can be learned,” he said. “How does a mammoth, hi-tech military alliance get defeated by a very low-level insurgency armed with nothing but AK-47s and landmines?

“You would not want this to drag on. But we owe it to those who have served. We owe it to our wider understanding of western intervention as the world gets increasingly more dangerous. Where does this leave us as a diminished capability, recognising that our adversaries will take advantage of our failure?”

Alistair Burt, a former Conservative minister for the Middle East who stood down at the 2019 election, also said he agreed with calls for “an inquiry or some form of independent analysis of what has happened in Afghanistan and where we all go next”.

He suggested two separate inquiries, with the first examining Afghanistan, “bringing analysis up to date in light of events, what happened and why”, and a second on the repercussions “for the west in light of a darkening world”.

“What do we stand for, how do we defend ourselves, how we support like-minded people elsewhere, what the impact of these events is on our relationship with the US, with Nato and the EU – as well as with those who share different values – and where this all leaves us; and above all to set out what we actually intend to do and with whom. I suggest the latter inquiry is led by Rory Stewart,” said Mr Ellwood.

At present, the Labour front bench has not joined calls for an inquiry, with a source telling The Independent: “While calls for an inquiry are understandable and inevitable, the focus of the government must 100 per cent be on the crisis going on now. There will and should be time made to learn the lessons of how we got here.”

The Liberal Democrat leader, Ed Davey, said the inquiry must be launched immediately with a “similar remit” to the Chilcot inquiry into the 2003 Iraq invasion, “but with a much speedier timetable”.

“After twenty years of conflict and so much sacrifice on the part of brave service personnel, it is absolutely vital that lessons are learned. Where mistakes have been made, they must be identified so that they cannot occur again,” he said.

“There are countless questions to be answered about this long war – from the decisions of successive political leaders, to the culpability of the Conservative government in the recent, disastrous withdrawal.”

Citadel Will Redeem $500 Million of Shares in Melvin Capital: Report