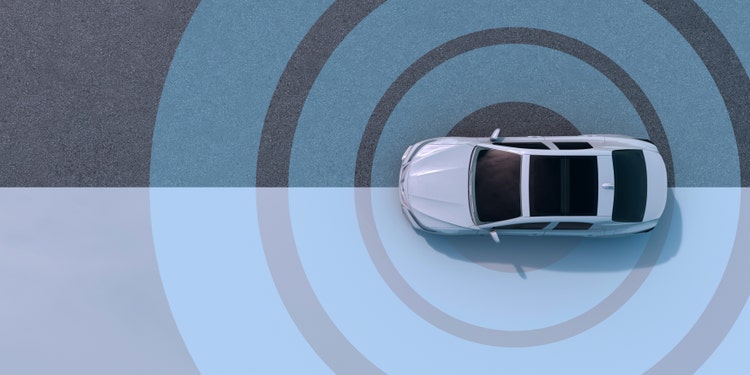 
Towards the end of 2020 I concluded that I had a bad sense on the sensor play called Sensata Technologies (NYSE:ST). This conclusion was mostly based on the observation that the company has a good promise, yet it feels as if the company continues to deliver on disappointments, with operational performance lagging compared to the promise and positioning of the business.

Sensata has grown to become a larger automotive sensor play following the 2014 purchase of Schrader Group and the acquisition of GIGAVAC in 2018, although the second deal was a bit smaller. These deals and an organic focus makes that Sensata obtained exposure to industries outside automotive, including boats, agricultural vehicles, HVAC systems, and the like.

Ahead of the pandemic the company the posted its 2019 results with revenues down 2% to $3.5 billion, as adjusted operating earnings fell 6% to levels just shy of the $800 million mark. Adjusted earnings per share fell 2% to $3.56 per share, although it must be said that GAAP earnings took a big beating following large charges.

Ahead of the pandemic the company outlined few clues to be really upbeat, guiding for 2020 earnings to be flattish at a midpoint of $3.50 per share. Net debt stood at $2.5 billion, a sizeable but manageable number with EBITDA trending around $900 million. With shares trading at $50 at the time, valuations were non-demanding at 14-15 times earnings, but earnings growth was hard to find despite the positioning and leverage was relatively high.

Being seen in between an automotive supplier and a sensor business, the theoretical appeal was there, but operational performance has been lagging in 2019, with the 2020 outlook not being convincing, as this led me to conclude that I was not eager to get involved in a too large manner.

Stagnation Is The Name Of The Game

Since the outbreak of the pandemic, shares rallied and recovered alongside the market to trade in their $50s again by the end of 2020, after which shares have been range bound between $50 and $60 per share.

The pandemic year did have a real impact on the business as 2020 sales fell 12% to $3.05 billion, with adjusted earnings per share down 38% to $2.21 per share. The setback was temporary as the company outline a solid guidance for 2021 with revenues seen around $3.5 billion, with adjusted earnings per share seen recovering to levels around $3.25 per share. Investors furthermore took comfort in net debt being cut to $2.1 billion.

The company used deleveraging and improved prospects to become active on the deal making front in 2021. Early in February, the company acquired Danish battery management systems provider Lithium Balance at undisclosed terms. A few weeks later, Sensata purchased Xirgo Technologies, a telematics and data insight provider, in a deal valued at $400 million. The deal is set to add $100 million in revenues and some $25 million in EBITDA, with solid double-digit growth projected for the years ahead. These deals were complemented by some smaller deals later in the year, with no deal terms being announced.

The recovery in 2021, scarcity in the automotive sector and deal making resulted in a strong recovery in the actual underlying results. Revenues rose 25% to $3.82 billion in the year 2021 as adjusted operating income rose to $806 million, translating into adjusted earnings of $3.56 per share. Further advancements were seen in 2022 with revenues set to rise to $4.2 billion, and adjusted earnings seen at a midpoint of $3.93 per share. Net debt has risen to $2.5 billion again following deal making efforts, but this is no big concern as EBITDA is rapidly approaching the billion mark, with profitability improving.

Despite the solid momentum in 2021 and reasonable outlook for 2022, shares have been rather stagnant, trading at $50 again. The reality is, however, that adjusted earnings per share have been flat for quite a while, albeit that earnings are set to rise in 2022, yet that outlook seems a bit uncertain given the macroeconomic environment. Furthermore, leverage has been rather flattish as quite some money has been earmarked for deal making efforts.

While I still have the feeling as if the company is underperforming versus its positioning, the actual valuation here is quite demanding, as M&A could go both ways with peers (or private equity) arguably looking at the compelling valuation here as well. Hence, the risk-reward here seems fair, or modestly attractive, yet the organic achievements have been a bit underwhelming.