Sepsis symptoms: Signs that you need to know and act on immediately 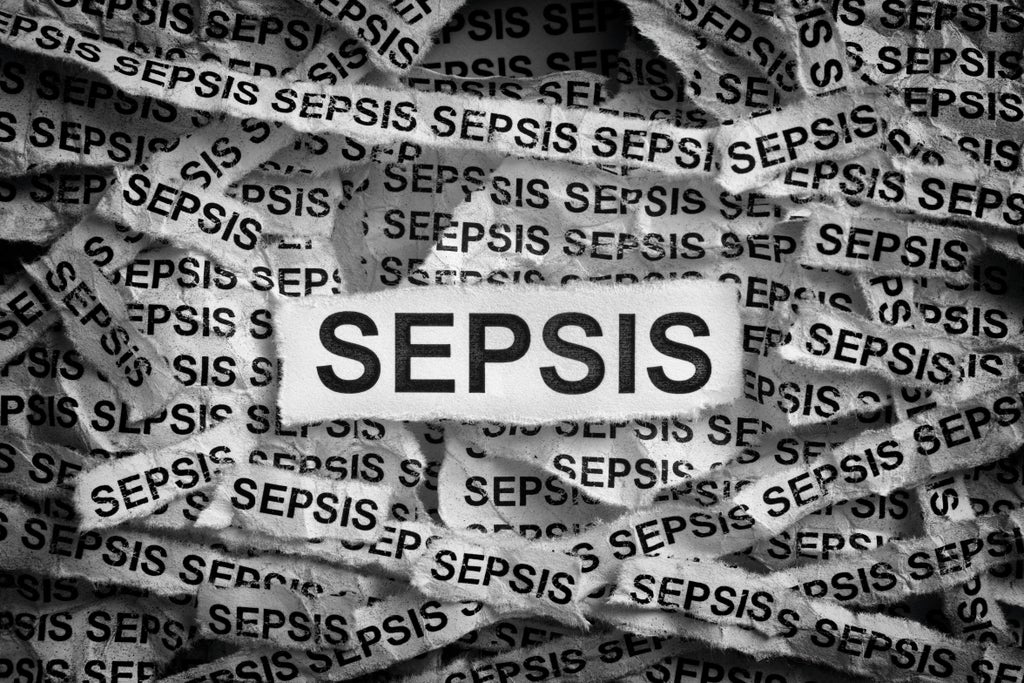 Sepsis kills around 50,000 people every year in the UK, and takes more lives than breast, bowel and prostate cancer combined worldwide.

But what is this deadly condition that can overwhelm and kill previously healthy adults and children within a matter of hours? Sepsis Awareness Month in September, including World Sepsis Day(sepsisresearch.org.uk/world-sepsis-day) on September 13, is the time to find out.

Sepsis expert and paediatric intensive care consultant Dr Colin Begg, a trustee of the charity Sepsis Research FEAT (sepsisresearch.org.uk), explains:  “Sepsis is a major cause of serious illness and death in the UK and across the globe. Its main impacts are on the very young and the very old, but it still remains one of the few disease processes that can kill a healthy young adult in hours.

“Sepsis arises when the body’s normal response to an infection injures and overwhelms its own tissues and organs. It may lead to shock, multi-organ failure, and death – especially if not recognised early and treated promptly.”

Begg, a consultant at the Royal Hospital for Children in Glasgow  warns sepsis is the final common pathway to death from most infectious diseases, including Covid affecting between 47 and 50 million people every year worldwide, and killing at least 11 million of them. In fact, 20% of all deaths worldwide are associated with sepsis.

Begg says sepsis mortality in developed countries like the UK is about 15%, but warns that many surviving patients suffer from the consequences of sepsis, which can include amputated limbs, for the rest of their lives.

“Acting fast and seeking early medical treatment can save lives, particularly for primary sepsis in otherwise healthy people,” he stresses. “Sepsis usually begins with an infection, for example in the chest, skin, urine or meningitis, but in the early stages symptoms can be vague and hard even for doctors and nurses to recognise. Some people describe it as feeling like being hit by a bus, and often confuse it with bad flu-like symptoms.”

Colin Graham, chief operating officer at Sepsis Research FEAT, explains that  the biological processes that cause sepsis still aren’t understood, and more research is needed.  “Many people are still unaware of how serious sepsis is,” he says. “That’s why raising awareness of this deadly condition is vital, so more people are able to recognise the signs.

“Sepsis can be mistaken for the flu as symptoms are sometimes similar, but the difference is that these symptoms worsen rapidly when sepsis is the cause. The most important thing is to react fast and seek urgent medical attention as this can improve chances of survival.”

Although in the early stages, sepsis, flu and chest infections can have similar symptoms, Graham stresses there are 5 key sepsis symptoms…

Sepsis can cause a patient to develop a high fever as part of the body’s immune response, although in some cases they’ll develop a low body temperature (hypothermia) instead. “Hypothermia during sepsis is considered very dangerous,” stresses Graham. “There’s more risk of fatality than when a patient develops a fever.”

Sepsis can cause a drop in body temperature and severe shivering, which is one of a response to fighting infection, and is the body’s way of trying to increase its temperature.

Sepsis can cause acute inflammation and swelling, making it difficult to breathe, and leading to a drop in oxygen levels. “Low levels of oxygen in the blood can cause mental confusion and delirium,” explains Graham.

As sepsis progresses, blood pressure may become very low, which means not enough blood and oxygen can reach the body’s organs, says Graham. This can cause organ failure, he says, and when kidneys start to fail it can lead to a drop in urine output.

During sepsis, the clotting mechanism works overtime. Nutrients can’t get to the tissues in the fingers, hands, arms, toes, feet, and legs and the body’s tissues begin to die, says Graham.  At first, the skin may look mottled or blotchy and may appear blueish. In severe cases of sepsis, the areas of dead skin can turn black and limbs may need to be amputated.

Someone with sepsis might not show all these symptoms at once, says Graham, and may have other symptoms like difficulty breathing and a rapid heartbeat, which may occur because sepsis can make arteries dilate or widen, causing a drop in blood pressure, which means the heart has to work harder to push the blood through at a normal pressure.

On their own, these symptoms can be an indication of other health problems, says Graham, but a combination of two or more of them, becoming progressively worse, means you need to seek urgent medical attention, so call 999 or go to A&E. He stresses that for every hour treatment is delayed, the chance of survival reduces by over 7%.

The difficulty in spotting that flu-like symptoms are actually sepsis was one of the reasons that led to the development of the National Early Warning Score (NEWS and NEWS2) for the detection of deteriorating patients, a measure which has been widely implemented to improve patient safety in the NHS.

Professor Bryan Williams is chair of medicine at University College London (UCL), and clinical lead for the Royal College of Physicians team that led the NEWS development. He says: “Sepsis doesn’t have a single type of presentation and that’s one of the reasons it can be so dangerous and recognition can be delayed.”

He explains that in NHS hospitals, doctors and nurses are encouraged to review patients’ NEWS2 score, which is based on routine vital signs measurements such as heart rate, temperature, respiratory rate, oxygen levels etc. If the score is five or more, medics should consider whether sepsis could be causing the illness, and the patient should be reviewed urgently by an experienced clinician, he stresses.

“If the patient has risk factors for sepsis such as evidence of infection, a skin rash, is immune compromised or has a wound that that might be a source of infection, then this strengthens the likelihood of sepsis,” he says.

“Nevertheless, even in the absence of such indicators, this NEWS2 warning system is an important tool to alert medical staff that the patient is acutely ill and may have sepsis as an underlying cause.”