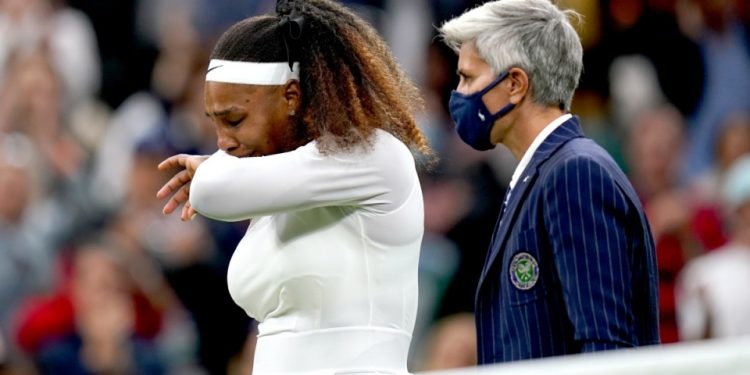 Serena Williams has hinted she may make her long-awaited return at Wimbledon in June, exactly a year since she last played on the tour at the same grand slam.

He said the “door opened for me, at least short term” after a discussion with Williams. The surprise announcement sparked a rush of speculation about Williams’ future.

“Are you inadvertently confirming that Serena Williams has retired from tennis?” was a common response.

Far from it, according to the 40-year-old US great.

She has not played professional tennis since limping out of last year’s first-round match at Wimbledon in tears due to a leg injury.

She skipped the Olympics in Tokyo and the US Open in 2021 due to the hamstring injury, as well as the Australian Open earlier this year.

But on an Instagram story with veteran NFL quarterback Aaron Rodgers, Williams said on Thursday (US time): “We’ve been talking about my comeback and he’s been hyping me up and getting me ready for Wimbledon. Can’t wait!”

When Rodgers asked her about a potential comeback at the US Open, she added: “Wimbledon’s before the US Open, I’ve got to play Wimbledon first! Exciting!”

Wimbledon, which runs from June 27-July 10, is a happy hunting ground for Williams. She has won the grasscourt major seven times, although her last success was six years ago.

Williams, who has been on the hunt for an elusive 24th major since winning her last grand slam title at the 2017 Australian Open, has slipped to 246th in the women’s rankings.

She’s reached the final in four slams since giving birth to daughter Olympia in 2017 but has lost in straight sets on each occasion.