Services are apple of Cook’s eye 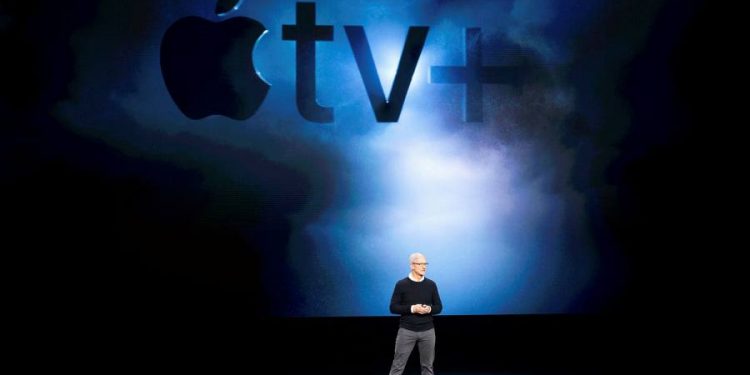 Apple published a 4,000-word paean on Monday to the performance of its services business in 2021 and its prospects for 2022 — a multiyear success story that has powered the company to its $3tn valuation.

The headline figures in the unusually long press release were some 745m paid subscriptions and developers selling digital goods and services that earned more than $260bn since the App Store launched in 2008. The number is up by about $60bn from the figure it reported a year ago, says Bloomberg, and represents a new yearly record.

Given Epic Games’ lawsuit and antitrust stirrings, Apple was coy yesterday about its cut from this huge total, which varies between 15 and 30 per cent, but it’s clear the App Store and services have become a key part of Apple’s business, producing nearly $70bn in revenues last year with margins of 70 per cent.

Apple detailed all of its services in its release, but highlighted the content it was now selling, from blockbuster movie launches from Hollywood studios to its own Apple Originals, such as the films CODA and The Tragedy of Macbeth. AppleTV+ is streaming them, Apple Arcade has been expanding its library of games and Apple Music, Apple Books and Apple Podcasts continue to add titles and features, such as an improved classical music service due later this year. Apple Fitness+, Apple News, Apple One, Apple Card, Apple Pay, Apple Maps and iCloud+ also earned Apple accolades.

Patrick McGee looked at the path to $3tn charted by Tim Cook in last weekend’s Big Read and reported services have been central to his success, with their recurring revenues substantially reducing Apple’s dependence on the iPhone.

“Tim Cook’s biggest success is the cultivation and the fostering of services, and the degree to which he’s been able to revolutionise the way that the company is perceived in the eyes of investors,” said Tripp Mickle, author of the forthcoming book, After Steve, a history of Apple’s past 10 years.

Ray Wang, chair of Silicon Valley-based Constellation Research, said Cook has not demonstrated the same genius as Steve Jobs in developing new products, but was building on those achievements.

“We’re not going to credit Tim with coming up with the next innovative idea, but what you can credit him with is that you have a platform of hardware that suddenly has services that will be 25 per cent of revenue by 2025,” he said.

1. Google lobbies to influence EU tech rules
Google is making a last-ditch effort to water down the EU’s forthcoming regulation on Big Tech with a flurry of advertising, emails and targeted social media posts aimed at politicians and officials in Brussels, as the company fears that the legislation will affect its bottom line.

2. Signal’s chief executive steps down
Moxie Marlinspike, chief executive of the encrypted messaging app that exploded in popularity last year during a backlash over rival WhatsApp’s privacy policies, is stepping down and will be replaced on an interim basis by WhatsApp co-founder Brian Acton.

3. Darktrace’s prospects brighten
Darktrace shares popped this morning after the London-listed cyber security group upgraded its guidance for revenue growth for the third time since its IPO last April. Lex says the future is looking brighter as the company’s share price recovers from insider share sales and a bearish broker note.

4. Indian government to take Vodafone Idea stake
Vodafone Idea has approved a rescue plan to make India’s government its largest shareholder, nationalising an almost 36 per cent stake in the flailing mobile operator to prevent its collapse. The company, a joint venture between the British telecoms group and India’s Aditya Birla conglomerate, has bled market share to better-funded rivals including Reliance Jio and was hit by a multibillion-dollar debt bill from New Delhi over historic spectrum and other licence fee payments.

5. Chip shortages hit VW sales
Volkswagen sold 10,000 fewer electric cars in China than expected last year, as deliveries to customers in its biggest market were hit by semiconductor shortages amid fierce competition from domestic brands. The German marque sold 70,000 of its five flagship ID models, having targeted sales of between 80,000 to 100,000 cars for 2021.

Looking back at eye-catching products from last week’s CES consumer electronics show, Samsung unveiled the Freestyle, a projector, smart speaker and ambient lighting device all rolled into one. The device is highly portable, weighing only 830 grammes and being compatible with external battery packs. Its cradle allows up to 180 degrees rotation, enabling users to screen high-quality video on walls, floors and ceilings. The Freestyle is available for pre-order now in the US at $899.