Seven revives classic series This Is Your Life with new host 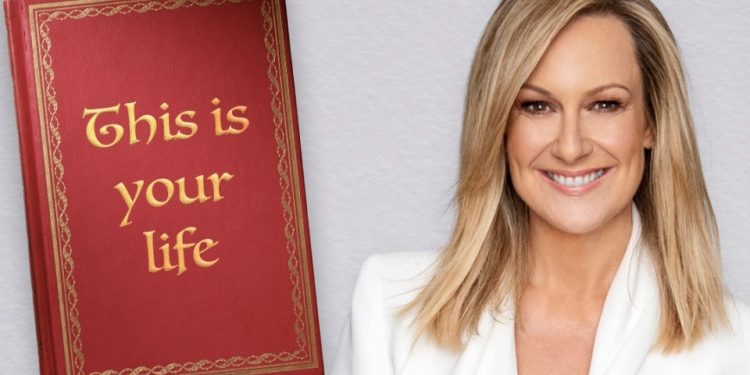 
Eleven years after it last appeared on our TV screens, the ‘Big Red Book’ is gearing up for its return to prime-time television.

This Is Your Lifethe documentary series, is returning to Seven as part of a special-event series hosted by veteran presenter and journalist Melissa Doyle.

Each episode of This Is Your Life celebrates a well-known Australian, including their achievements – both personal and professional – and the influence they had on their industry and the general public.

It brings together emotional reunions and never-before-seen footage from (sometimes cheeky) family, friends and colleagues.

The series will also mark Doyle’s return to Seven after she departed in 2020 following an impressive 25 years with the network.

During her tenure at Seven, Doyle hosted Sunrise, Sunday Night, 7News, Today Tonight, The Zoo, The Latest and Where Are They Now?proving she is more than qualified for the gig.

“I am honoured to continue the legacy of such an iconic program as This Is Your Life,” Doyle said.

“I can’t wait to present the Big Red Book to some of our most-loved Australians, which means so much to them – and to all of us.”

The ‘Big Red Book’ is an essential part of This Is Your Life, in which the presenter surprises the celebrity guest with the special book full of their life achievements.

The announcement is a full-circle moment for Seven, which first aired This Is Your Life in 1975 with the late Mike Willesee as host.

Television personalities James ‘Digby’ Wolfe and Roger Climpson also hosted the show on Seven between 1975 and 1980, and then Mike Munro took the reins in 1995 after the show was relaunched by Nine.

The series was briefly relaunched in 2011 with Eddie McGuire as host, but Nine canned it after four episodes.

A crocodile hunter to cricketing great

During its time, This Is Your Life welcomed a slew of beloved Australians to its stage.

The series famously celebrated the career of the late Steve Irwin in 2004, surprising the crocodile hunter at Australia Zoo as he faced off against the deadly reptiles and swooping eagles.

Irwin was preparing for an eagle to land on his arm when the crowd started to giggle. Confused, the conservationist turned on his heels to find Munro standing behind him holding the red book.

“Steve Irwin, this is your life,” he announced to a round of applause.

And in the first of two specials in 2008, This Is Your Life paid tribute to Adam ‘Gilly’ Gilchrist after the “dead-set legend” announced his retirement from cricket.

Munro surprised the unsuspecting Gilchrist on his way to the SCG, where he thought he was filming a commercial for Nine’s Wide World of Sports.

After an elaborate set-up, which included Gilchrist’s car ‘breaking down’ in a car park, Munro appeared with – you guessed it – the special book.

Other guests of honour include singer-songwriter Olivia Newton-John, performer Patti Newton and her husband, the late Bert Newton.

Patti was so surprised when Munro approached her that she exclaimed, “How could it be? I’m nobody”.

After so many years since its last episode aired in 2011, the revamped series now has a plethora of Australian celebrities to choose from.

This Is Your Life will return to Channel 7 and 7plus later this year as a series of special events.