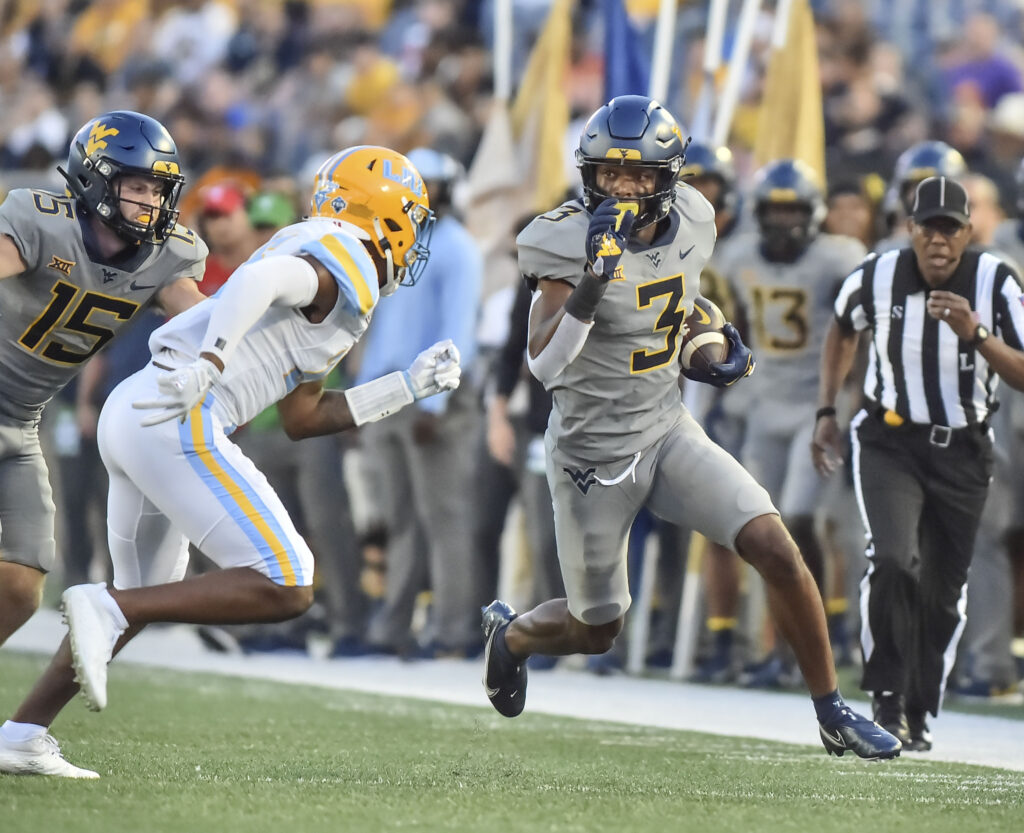 MORGANTOWN — WVU’s bye week came at the right time following a blowout loss at Baylor on Oct. 9, with the Mountaineers hoping to recover physically and mentally with a 2-4 mark halfway through the year.

Head coach Neal Brown and his coaching staff hit the road most of the week recruiting, while most of the players on the 2-deep depth chart getting the end of the week and the weekend off.

It wasn’t a week off for everyone, though, and with Brown’s comments following the Baylor loss and last week about younger players getting an opportunity, it was fitting that there were several scrimmages within the developmental program.

Monday Night Lights happens every week, even during game week, where those who don’t play on Saturdays get a chance to perform in front of the coaches. Throughout the week, there were other similar scrimmages, and Brown said a few players stood out on offense and defense.

Offensively, it was led by true freshman Will “Goose” Crowder, who showed continued progression. The Alabama native is the third-stringer right now behind starter Jarret Doege and Garrett Greene.

“Goose Crowder, I’m really impressed with his leadership,” Brown said. “He continues to grow. He’s gotten stronger. I like his potential. I like his leadership traits. He can run. He had a really good week — impressive.”

Tomas Rimac, at 6-foot-6 and 300 pounds as a true freshman, is growing more familiar with WVU’s blocking scheme, which is very different than what he ran in high school at Brunswick High (Ohio). Redshirt-freshman tight end Charles Finley played well, but Brown said he needs to continue gaining weight (listed at 220 pounds).

A duo who has played through the first six games are true freshmen, running back Justin Johnson and wide receiver Kaden Prather.

“Kaden Prather continues to show up. We let him go in the scrimmage,” Brown said. “He’s a guy that I think will have a good second half. Justin Johnson, as well.”

Defensively, Brown mentioned Morgantown High alum Caden Biser was getting a lot of reps at linebacker due to a lack of depth. The son of MHS head coach Sean Biser, Caden walked on to the team this offseason.

The rest have impressed from all levels.

Defensive end “Taurus Simmons continues to impress,” Brown said. “You saw that he got into the rotation at Baylor. I think he’ll continue to stay in the rotation. He did a nice job. (Safety) Saint McLeod was probably the bright spot of the week, just showing up and he played on special teams against Baylor. I think he’ll continue to do that and I feel good about the future with him. Athletic, physical, starting to learn what we’re doing. (Defensive lineman) Edward Vesterinen did a nice job.

Safety “Davis Mallinger, who’s been playing on special teams. He had a really good week. Those reps that he and Saint, with our thin secondary, obviously those are going to be meaningful reps.”