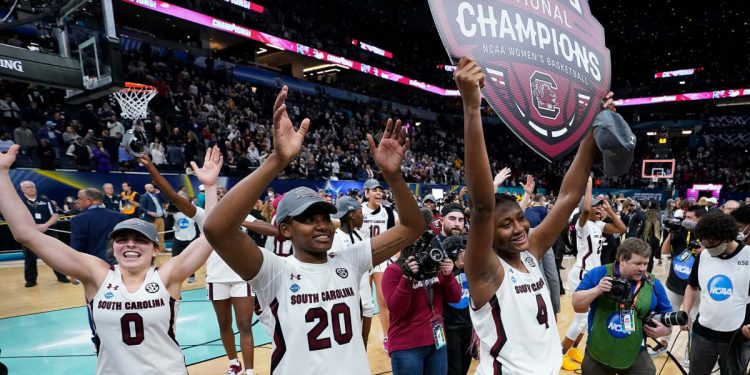 The basketball team won the national title over UConn, and the city of Columbia, S.C., honored the Gamecocks with a parade on Wednesday night to celebrate their second national title in program history.

Ahead of the parade, Beamer spoke with Paul Finebaum on ESPN’s SEC Network about how the national title has impacted his recruiting this offseason.

“Before I got on this call, I was facetiming a recruit, he was asking me about the parade tonight for the women’s basketball team,” Beamer said. “He lives here in South Carolina and had an interest in coming over here to watch it. So, certainly recruits feed off that energy.”

Beamer mentioned that one specific prospect wanted to meet the two-time Coach of the Year Dawn Staley, and Staley made sure their meeting happened.

“We had a prospect on campus recently, all he wanted to do was meet Dawn Staley,” Beamer said. “He later told me that was the highlight of his visit.

“Anytime you have great coaches and great teams on your campus, it helps all the other sports, and we’re no exception.”