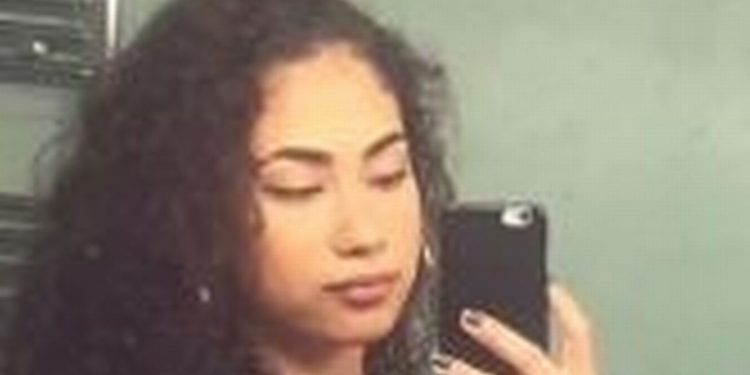 
A woman has claimed that she gets “hotter” every time an ex “disappoints” her – as she wowed with her transformation.

Now, having to deal with heartbreak is never pretty – but that does not mean the aftermath has to be.

Shanice Shania has blown away TikTok users as she revealed how she got “hotter” every time things went sour with a lover.

In the clip that has racked up a whopping 1.2million views, the model and influencer wrote: “Notice how us girls get hotter each time a boy disappoints us.”

After spending a year and a half with her first love, Shanice sported a more natural look with thick eyebrows and a light glossy lip.

She also wore her gorgeous curls down and donned a red figure hugging dress which accentuated her hourglass figure.

But, after getting with a different guy and spending another year and a half with him – Shanice grew to be even “hotter”, as she put it.

This time, the babe donned a white crop top and a micro skirt that cinched in her waist and showed off figure.

Shanice also let her voluminous dark locks flow by her bust as she wore a more glam makeup look which showcased off her chiselled features.

The heartbreak did not stop there though, after spending a whole three years with another lad who she branded the “biggest disappointment” Shanice wowed in a busty display.

Shanice sported a sleek blonde wig which rested upon her shoulders and boobs.

The model posed as she showcased off her killer curves in a beige dress which boosted her cleavage and cinched her waist in.

She captioned the clip: “Boy three was the biggest disappointment.”

Amazed at Shanice’s ‘glow up’, many people fled to the comments to compliment her beauty and her stunning transformation.

One person commented: “Boy 3 is knocking his head of the wall.”

Another user swooned: “Ummm miss… my jaw dropped on the last pic.”

Whilst a third person voiced: “Why is it always the third heartbreak that really does it though.”

And, a fifth person swooned: “You look incredible girl.”

Elsewhere, a woman bought a £345 swimsuit – but felt like she was ‘catfished’ by it.

And, a woman was left mortified after a satin dress left her looking like a ‘pillow case’.