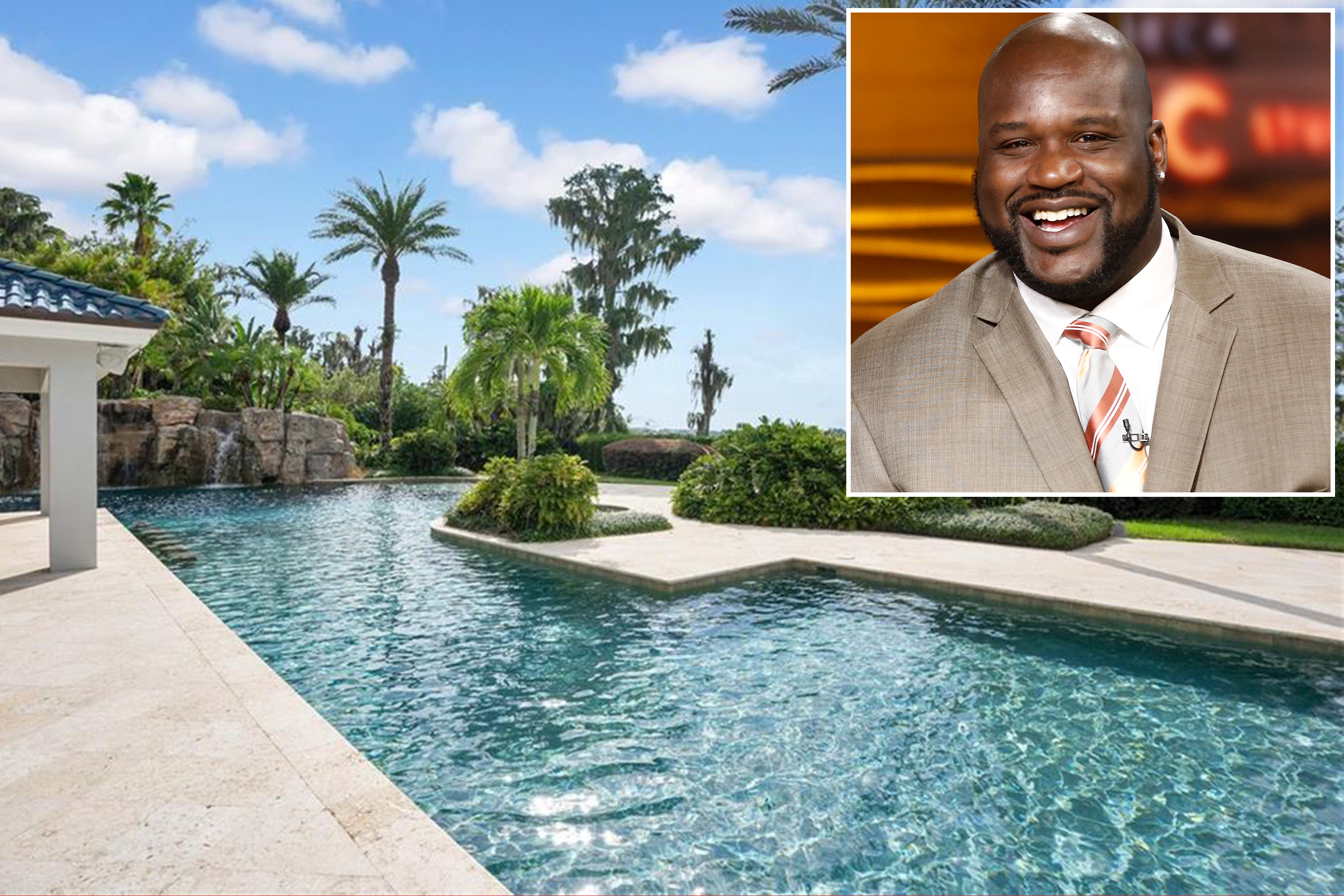 Shaquille O’Neal sold his Orlando, Fla., mansion for only $16.5 million — a Shaquille O’Steal — at almost $12 million under its original 2018 asking price.

The showy property outside Orlando has a 17-car showroom, a cigar bar and walk-in humidor and a soundproof home theater. The anonymous buyer will also enjoy the home’s wine storage, three fireplaces, a chef’s kitchen, Crestron smart-home technology and a lakefront office, according to the listing.

The property is surrounded by water, sitting between Lake Louise and Lake Butler. Plus, it has a huge swimming pool that puts Olympic-sized pools to shame. Near the pool’s rock waterfall, the property has an outdoor kitchen, a tiki-style cabana and a private dock with two covered boat slips, according to the listing. Next door is an 18-hole golf course.

The 7-foot-1 basketball player bought the property for $3.95 million (or about $7.2 million today with inflation) in 1993, just three years after it was built, according to local property records.

It has been one year since the 48-year-old’s former teammate, Kobe Bryant, was killed in a helicopter crash, an event that prompted O’Neal to promise he would change his own life. O’Neal has six children and is currently dating actress Annie Ilonzeh, according to the most recent reports.

How China is tackling fintech risk and regulation

How China is tackling fintech risk and regulation

The (robotic) doctor will see you now